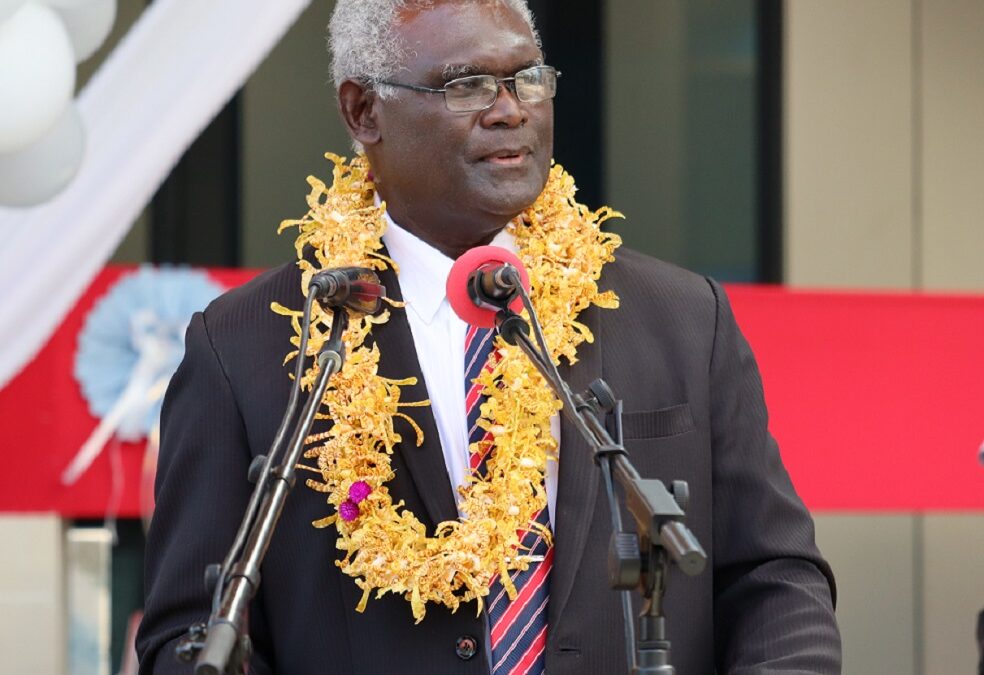 PM PRAISED IN PARLIAMENT FOR FIGHT AGAINST COVID- 19

“On personal level, you are a fighter,” the Leader of Independent Honourable Dean Kuku made the statement when acknowledging Prime Minister Manasseh Sogavare’s leadership in the fight against COVID- 19 pandemic.

Kuku was contributing to the motion moved by the PM to extend the State of Public Emergency from 24 July until the expiration of four months.

Kuku acknowledged Sogavare for his leadership in keeping the country safe from COVID- 19.

Also acknowledging the Prime Minister’s leadership was the Member of Parliament for East Are’Are, Peter Kenilorea Junior who spoke highly of the improvements done to the orders under the SOPE by the Prime Minister.

Kenilorea Junior emphasized in particular the new order in which the PM made it upon himself to account for funds he authorized for activities relating to COVID- 19.

The new order stipulated that the PM would keep an updated record of the funds released, prepare a report on its acquittal, and table the report in parliament on the same year the order of the release of funds was made.

The East Are’Are MP spoke highly of the Prime Minister about the order describing it as “admirable” for the PM to take himself to task.

The MP for East Honiara, Honourable Douglas Ete, also lauded the PM for his strong leadership to keep the COVID- 19 from transmitting into the communities.

Solomon Islands remain one of the few countries in the world to have successfully combat the spreading of COVID- 19 into the communities.

Prime Minister Manasseh Sogavare said the overwhelming vote of support for the motion demonstrated that leaders do care for the safety and security of the people.