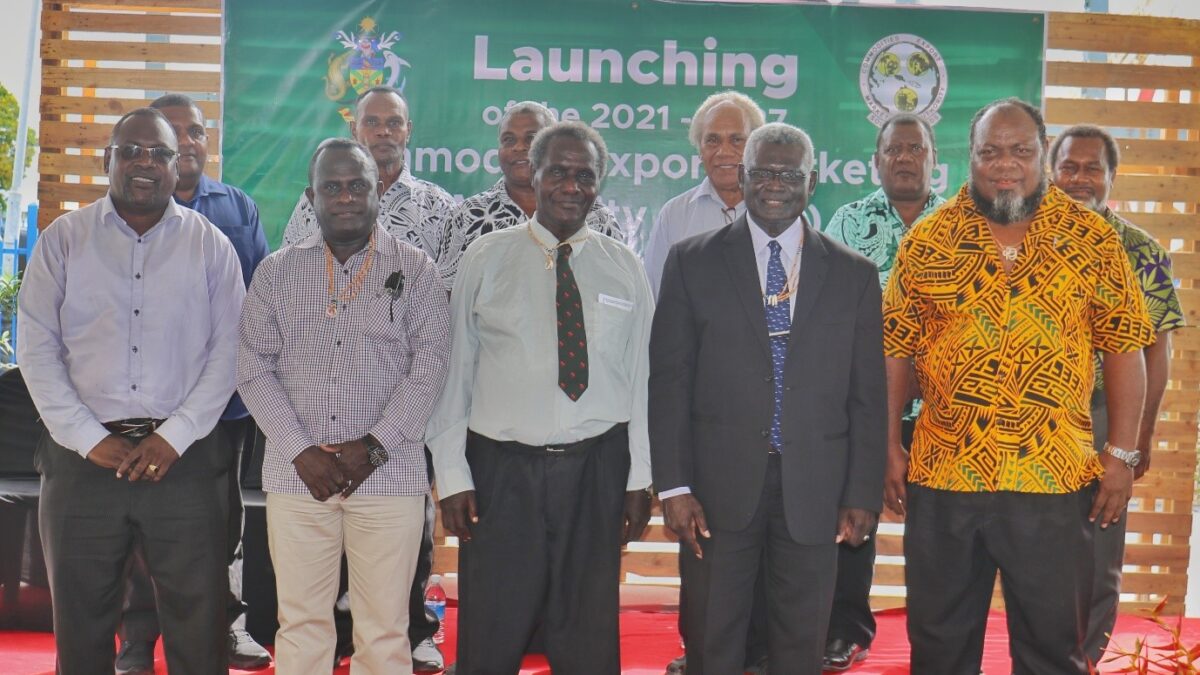 Prime Minister Sogavare in his speech at the launching ceremony today said the Government is conscious that the revitalization of CEMA is an important milestone.

“It is crucial towards creating jobs, enabling our rural populace to have access to markets for their products and ultimately growing the rural economy of Solomon Islands,” he said.

The Prime Minister said prior to the CEMA liberalization in 2002, the Solomon Islands rural economy was alive and thriving with increasing copra and cocoa production.

He said our coconut and cocoa farmers actively participated in the production of these commodities, which enabled them to have access to income.

The Prime Minister said the inflow of cash in the rural economy was active and employment was readily available for the rural youths and women.

However, he said this changed when CEMA ceased its trading and commercial function in 2002, as part of a major Structural Adjustment Program imposed on Small Island States.

“We removed the only reliable connection we have with rural farmers. The beach trading strategy which the Adjustment program was promoting as the alternative, failed miserably to work,” he said.

Prime Minister Sogavare said the adjustment program exacerbated the gap that already exists and this change led to rise in rural unemployment, lack of income, declining standard of living, and at the policy level led to the ongoing search for a better strategy to empower the rural populace.

“The government realized that corrective measure needs to be made to rectify the situation. As such, the DCGA as a responsible Government is committed in continuing with the revitalization plan to resume CEMA,” he said.

The Prime Minister said the key priority policy position of the DCGA for the CEMA reforms is clearly stipulated under the Economic Development Fundamental Key Policy Objective 5.1.2(c) (VI) to drive revitalisation of CEMA and seek Cabinet approval to re-instate the trading function of CEMA.

“This key policy stance is a continuity of the previous Government’s initiative to ensure that CEMA is revitalised to improve on its functions and to deliver quality marketing services as expected by the Government, Private Sector, Farmers and Individuals,” he said.

“Cabinet has allocated financial and human resources to implement the strategy with the CEMA Board and Management by June/July 2021. This will enable CEMA to restart its trading activities in purchasing, selling and exporting our local commodities by November 2021,” he said.

Prime Minister Sogavare said the CEMA revitalization and recapitalization strategy would be for a seven-year period starting from 2021 to 2027.

He said it would require a total capital investment of SBD$77m by the Government, which will be implemented in 3 phases over the seven-year period.