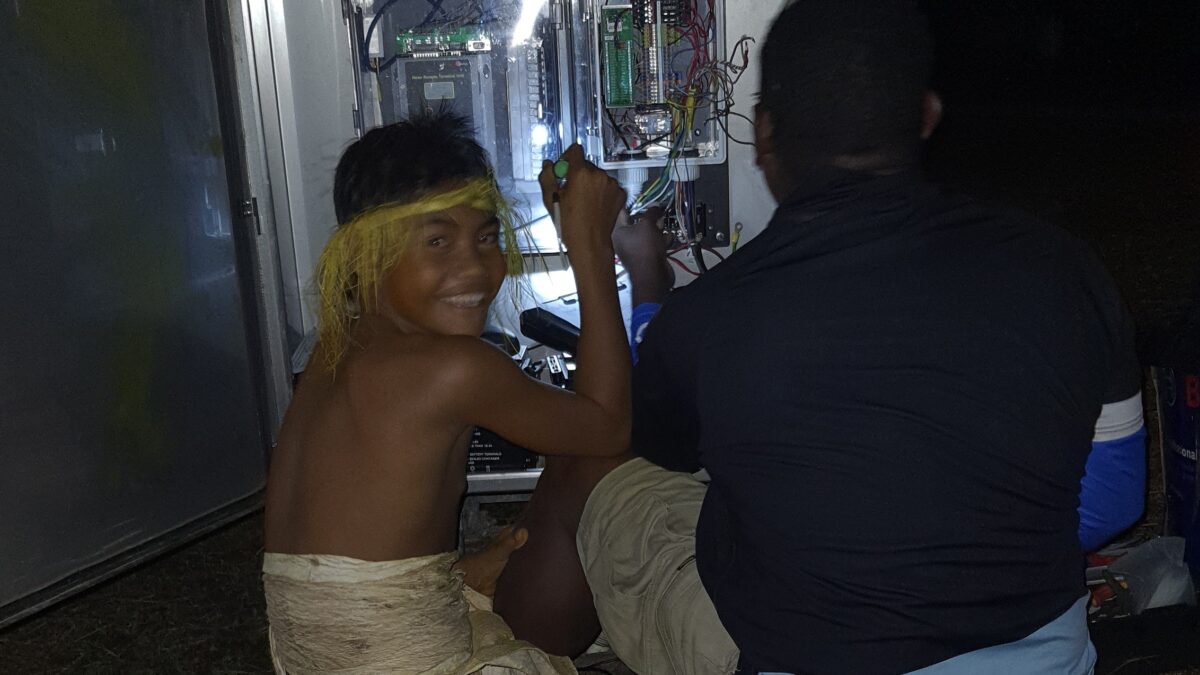 THE Automatic Weather Station (AWS) in Tikopia, Temotu province that has been down since 2018 is now operational.

The AWS was repaired by the the Chief Technical Officer Barnabas Tahunipue and the Permanent Secretary of Ministry of Environment, Climate Change, Disaster Management Dr Melchior Mataki.

Both were part of the Prime Minister’s delegation to Temotu recently.

Prime Minister Mannaseh Sogavare in his nationwide address on Monday this week said the AWS was repaired and operational in the early morning hours of 10th June.

This he said was one significant benefit of the visit to Tikopia.

He said it then relays them via satellite link to NIWA, the National Institute of Water and Atmospheric Research (NIWA) in New Zealand and eventually to Solomon Islands Meteorological Service for its use in weather forecasting, which is critical for tropical cyclone warnings and climate services.

“It also enables us to determine what type of infrastructure to build based on the weather pattern of that particular locality,” he said.

The Prime Minister adds that Tikopia is a strategic location for cyclone observations and monitoring.

He said given the southern waters a hotspot for cyclone formation and monitoring, the AWS is important not only for Solomon Islands but for the region as a whole.

The Prime Minister and his delegation were supposed to visit Anuta as well; however, we were not able to do so because the Automatic Weather Station was not yet fully fixed at the time we were supposed to depart for Anuta. We had to make a decision and we cancelled the trip to Anuta. This was to give our team time to fix the Automatic Weather Station.