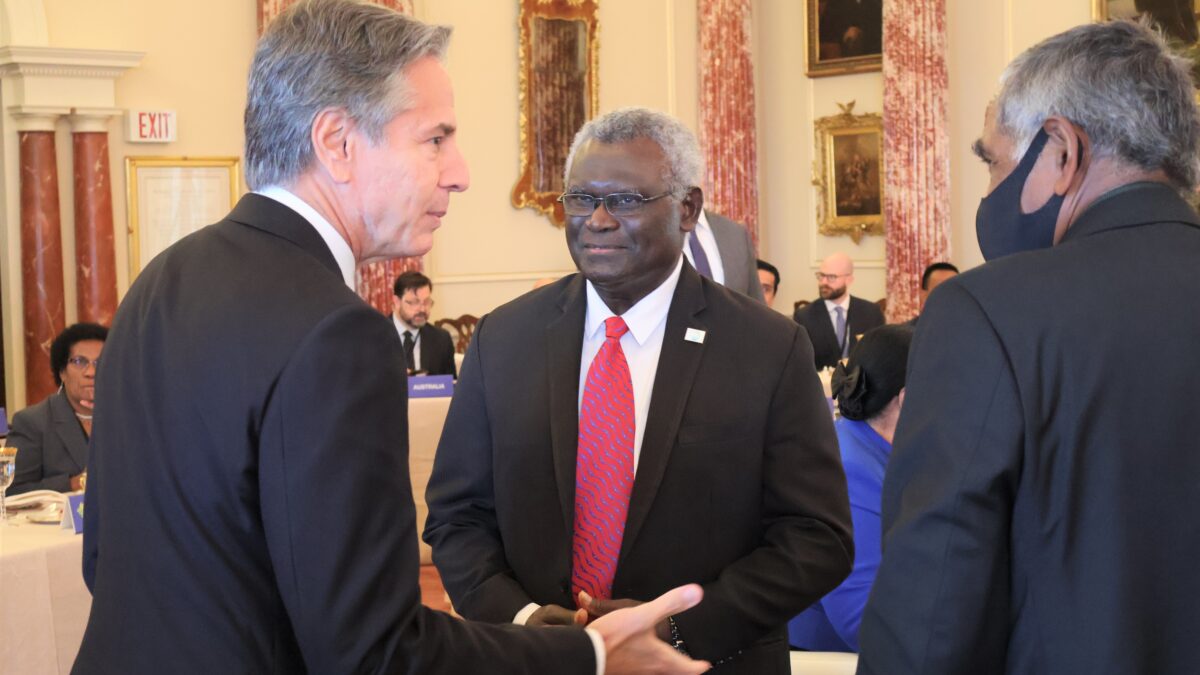 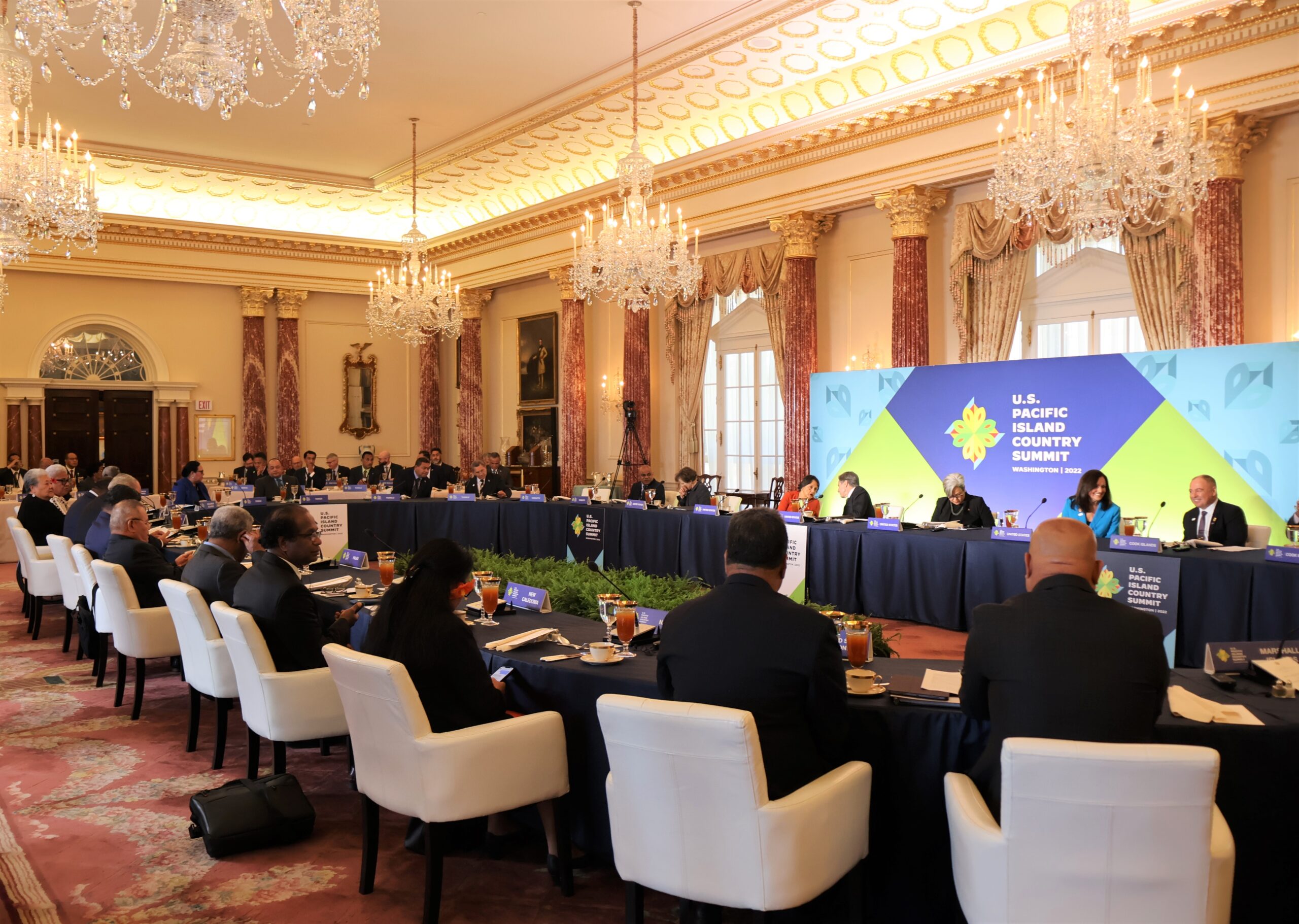 Day one begun with a working lunch for all Pacific Island Leaders, hosted by the State Secretary, Anthony Blinken at the US State Department.

The lunch was followed by a leaders meeting discussing opportunities to enhance economic and trade ties between US and the Pacific.

A good part of the day was on a roundtable discussion on Climate Change action, climate resilience efforts and clean-energy transformation with US Special Envoy Secretary John Kerry.

Prime Minister Hon. Manasseh Sogavare was given the honour to deliver Solomon Islands statement on ‘Maritime domain awareness, IUU fishing and maritime security’ at the US Coast Guard Headquarters.

Prime Minister Sogavare said, careful monitoring of the Pacific region’s Tuna stocks is an essential activity all Forum countries wish to improve to ensure the region’s tuna is not overfished.

“Landed tuna generates more than a billion dollars in revenue annually. Forum countries are trying to benefit more from our resource. In this regard we thank the United States government for the recent increase in funds under our multilateral tuna treaty.”

He said, a number of Pacific Island countries are exploring opportunities with their seabed mineral resources.

On climate change, PM Sogavare pinpointed, Solomon Islands is vulnerable to the impacts of climate change. The country has lost six islands due to sea level rise.

He emphasized, the impact of climate change on our oceans is likely to cause migration of tuna eastwards in the coming decade, raising the question on viability of canneries in countries in the western Pacific which could have major implications for member countries economy.

It is important that all countries must agree on a common position that Pacific maritime boundaries, once instruments are signed and deposited with the United Nations boundaries achieve permanent status, which uphold the principles of stability, security, certainty, and perpetuity enshrined in UNCLOS, PM Sogavare underlined.

Solomon Islands welcomes the ground-breaking decision by the United Nations Environment Assembly and supports the development of a legally binding agreement to eliminate plastic pollution which should also have its own financial mechanism to implement the proposed treaty.

Prime Minister Sogavare’s statement also covers Illegal, Unreported, and unregulated (IUU), fishing. He describes IUU as a global scourge that undermines effort to sustainable Management of our Fisheries. For example, a 2016 study by the Forum Fisheries Agency found approximately US $616.11 million was lost to IUU fishing.

He encourages the Pacific and partners to expand partnerships in maritime surveillance to provide the platform to better monitor and counter IUU fishing in the region.

He said, the country welcomes regional and international cooperation to ensure that collectively we can safeguard the future of our Blue Pacific continent.