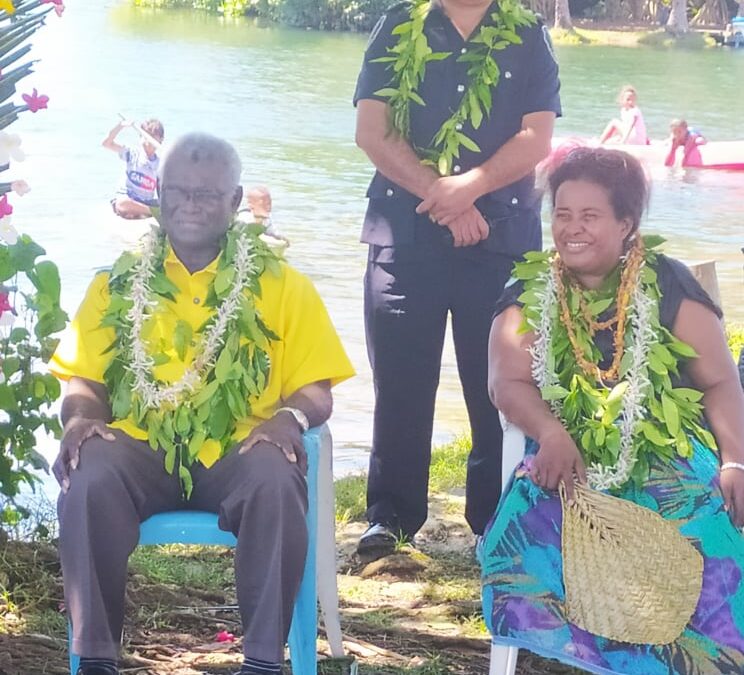 The Prime Minister will be the chief guest in tomorrow’s ceremony.

Prime Minister Sogavare arrived to a rousing welcome and was met at the airport by Renbel Premier Willie Tuhangenga and his wife.

In his brief remarks upon arrival, Prime Minister Sogavare said he was honoured to be invited and be amongst the people of Rennell/Bellona province.

“It is my third visit to the province and my delegation is amazed by the warm welcome we received today. It has always been an honour to be able to come back and celebrate this year’s provincial day here in Tingoa,” he said.

The Prime Minister and his delegation has also visited a number of sites including the famous Lake Tengano.

The celebrations tomorrow is expected to be a good turnout with cultural performances and participants from Bellona.