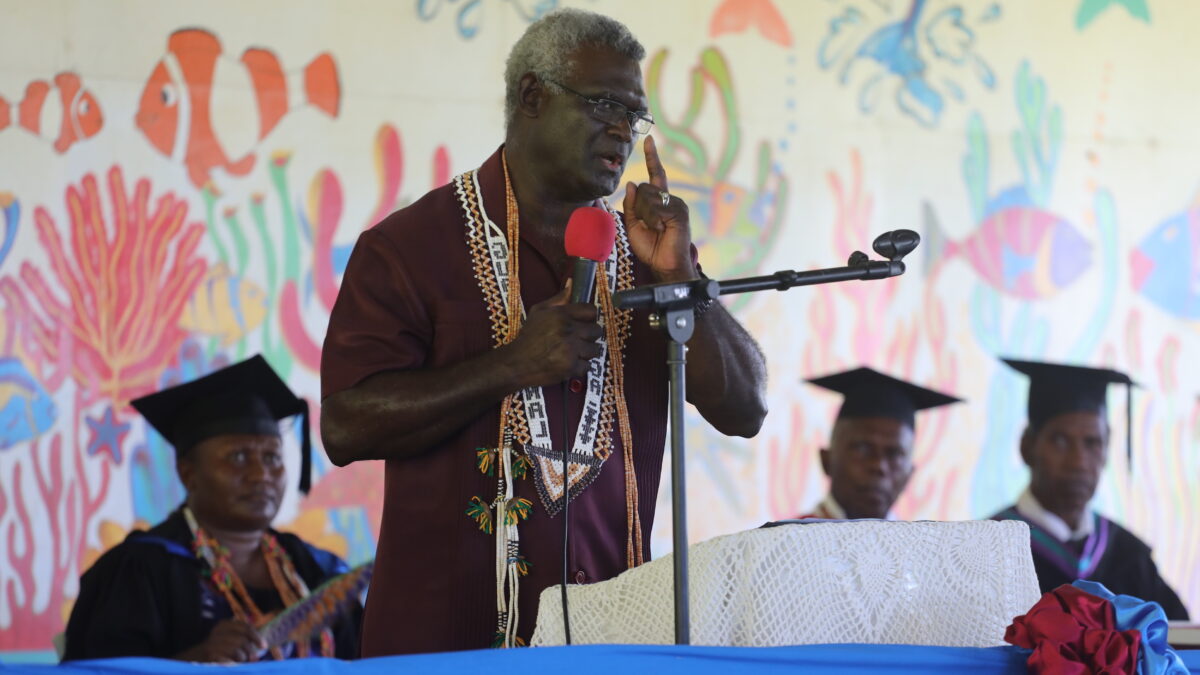 PM expresses dismay at lack of respect for each other

PRIME Minister Manasseh Sogavare has expressed his dismay at what he described as the near collapse of respect for authority and for each other in our country today.

The Prime Minister highlighted in his speech during the Tenakoga Form 6 graduation on Sunday.

He said it is shocking to note that the social media and other communication platforms are littered with statements and comments that are intended to encourage social disharmony and hatred for each other in our country by so called Christians, and unfortunately, including some Seventh Day Adventist Christians in a Christian country.

“This is shocking!” the Prime Minister said.

He said our youths no longer respect our elders.

But he said it is not entirely their fault, as parents we must teach our children the right values, principles and morals and must lead by example by walking the talk.

Prime Minister Sogavare said he was also shocked that rape and gender based violence are also on the rise.

“Disrespect for human life is taking a new twist with people killing for pleasure. Our genuine efforts to develop our country is frustrated by land disputes and other unchristian behaviors by Christians,” he said.

Prime Minister Sogavare said these are shocking realities in a country that professes Christianity.

“We always pride ourselves to be people of the Book, and that we should witness more respect for authority, law abiding, caring and loving citizens, and being agents of positive change,” the Prime Minister expressed.