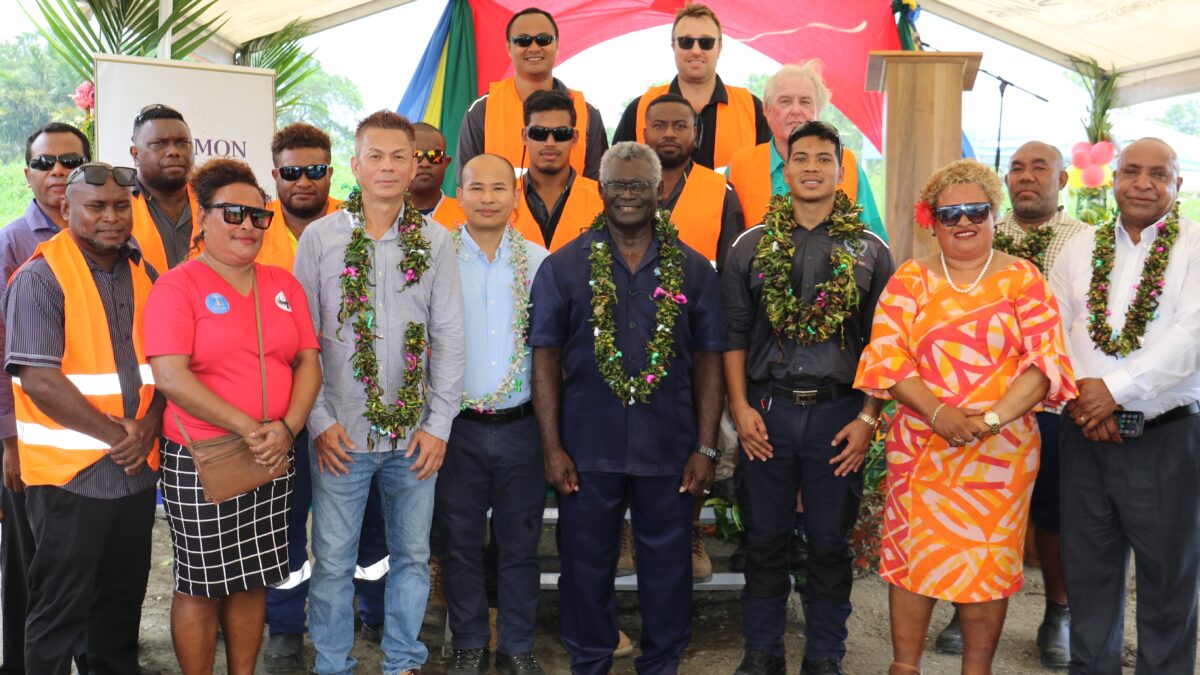 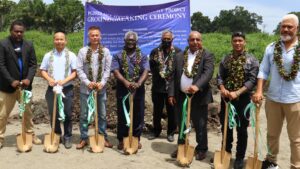 The ceremony represents another step towards unifying our people and nation through sports.

“Ladies and gentlemen, I now have the honour to commission the ground-breaking of the PG2023 – SIFF Football Academy. Let the work begin,” remarked Prime Minister Hon. Sogavare.

He stated, the facility will cost about seventy-three million dollars.

The Prime Minister explained, the Football Academy will comprise two FIFA compliant football pitches, a beach court, a futsal court, one 2 – storey administration building, and one 2-storey dormitory accommodation building together with associated services to ensure SIFF’s long-term legacy after the 2023 Pacific Games.

“Once completed it will be one of the best football academies in the Pacific Islands region.”

Prime Minister Sogavare also acknowledged the high level of cooperation the government and the National Hosting Authority had received from the Solomon Islands Football Federation.

The Ministry of Agriculture and Livestock was also applauded for allowing the National Hosting Authority to access the site to develop the PG2023-SIFF Football Academy.

The facility will be built by a local joint venture construction company comprising of JED Enterprises and JQY on behalf of the National Hosting Authority for the 2023 Pacific Games and the ultimate ownership by Solomon Islands Football Federation. 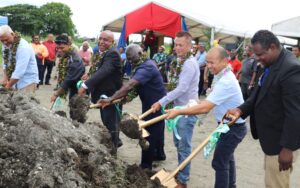 The National Hosting Authority and JED/JQY have consulted with SIFF to ensure that the facility meets the FIFA standards.

“I have been informed that the two pitches would be completed and ready for handover by August to September this year, and the full project will be handed over by the first quarter of 2023,”said the Prime Minister.

The NHA will release the first payment to the consortium this week so that work on the academy progresses at a pace that will deliver the project no later than the first quarter of 2023.

Prime Minister Sogavare also call on all surrounding communities including Burn’s Creek to help protect and look after the facility.

On other PG2023 facility updates, a brand-new full-size, training football and rugby field with synthetic practice running tracks at King George Sixth will be handed over by 31st March 2022.

The Government also anticipate the handing over of the Futsal multi-purpose hall funded and constructed by the government of the Republic of Indonesia between April and May this year.