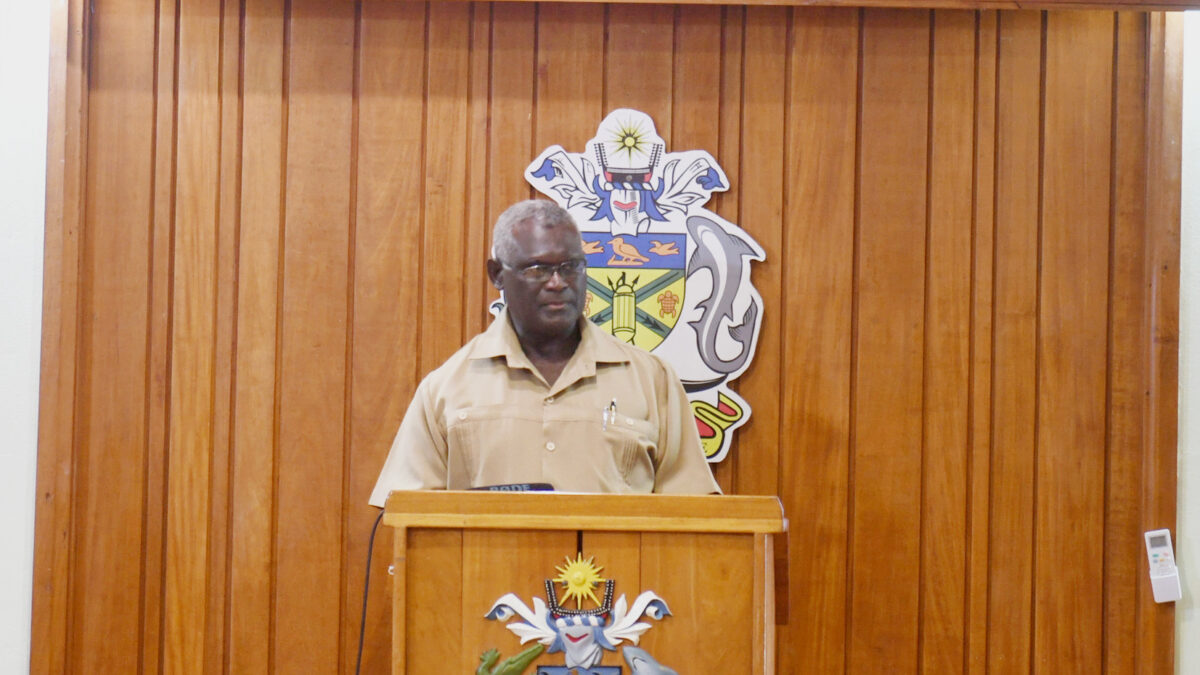 Prime Minister Manasseh Sogavare has commended the Solomon Islands Assistance Force (SIAF) for responding to improve the security situation in Honiara one year after the 2021 November riots.

Speaking at the resumption of Parliament Thursday this week, Sogavare acknowledged the seriousness of member countries including Australia, New Zealand, PNG and Fiji for their joint commitment towards the various declarations on regional security, and for responding to the call for help by Solomon Islands.

Sogavare said the November 2021 riots must be remembered as a day when democracy and the rule of law triumphed, saying that “this is how he like us to remember 24th November every year”.

During sad event, violence was used in an attempt to bypass the democratic process of ousting a Prime Minister.

“During the riots, calls were made for me to resign. I did not resign because I did nothing that warranted my resignation. I did nothing wrong. It took me 12 months to seriously review that position. Every time I am convinced that I and members of the DCGA have made the right decision”.

Sogavare is convinced that only few citizens decided to undermine democracy by terrorizing law abiding citizens with burning, violence and looting with the intent to divide our beloved nation.

“But my conviction in due process, democracy and rule of law was unshakeable, and this was vindicated when a motion of no confidence against me was defeated on this very floor a few days later,” the Prime Minister recalled.

The Prime Minister added that the Democratic Coalition Government for Advancement (DCGA) demonstrated courage, commitment and unwavering solidarity in defending the principles of democracy and the rule of law regardless of the violence that attempted to overthrow his leadership.

“I want to express my deepest gratitude and appreciation for their courage and bravery. We have persevered as a government because of their steadfast, unexceptional and resolute belief in the principles of democracy and the rule of law,’ Sogavare said, adding that he was heartened by most people who congratulated his government in taking this uncompromising stand, in not bowing down to the will of a few, especially when it is exercised in an unlawful manner.

“I expect all future governments to not bow down to the rule of the jungle,” he said.

He urged that the rule of law must be respected, saying, “that it is on us to show our future generations that principles of democracy and rule of law must never be compromised, and must be zealously guarded and protected at all times by all Solomon Islanders”.