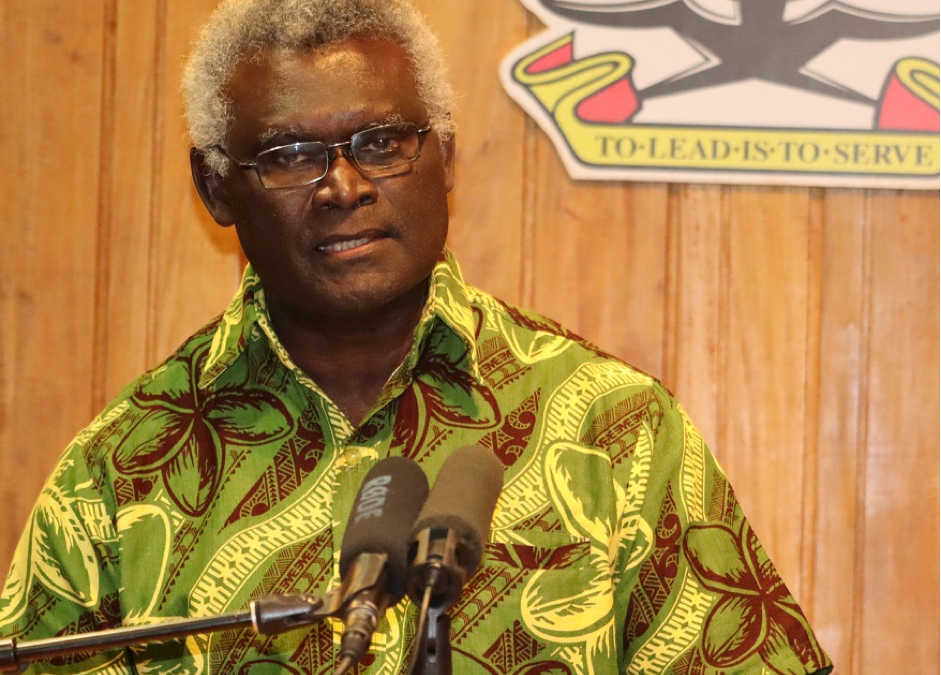 Prime Minister Manasseh Sogavare has commended the Royal Solomon Islands Police Force (RSIPF) and City residents the stood with police to stop the spread of violence during the recent political unrest in Honiara.

Police could have resort to use of deadly and lethal force but they exercised great restraint, even in the face of clear and present danger to their lives during the two days of burning and looting.

“On behalf of the People and the Government I want to thank the Royal Solomon Islands Police for their sacrifice, commitment and courage in the face of insurmountable adversity. I thank you for your bravery and courage. You have my highest respect and undying gratitude and that of our people of Solomon Islands,” the Prime Minister said.

Sogavare also paid tribute to communities throughout Honiara who have stood shoulder to shoulder with the RSIPF to protect large parts of the city from the mob.

“These are patriotic fellow Solomon Islanders who have had enough of unlawful criminal activities,” he said.

“The silent majority of our people wants a peaceful and stable city and country. While the protests and ransacking was prevalent in the past few days, we also saw our people rallying behind our RSIPF to protect properties and lives”.

“We had fellow Solomon Islanders working side by side with RSIPF manning check points and roadblocks. I thank you for your courage and commitment,” Sogavare added.

Sogavare further expressed his heartfelt appreciation to people who cleaned up the city in the last two days.

“I am deeply humbled and appreciative of these actions. Such demonstration of civic duty and patriotism gives me comfort, hope and courage to continue the fight for democracy and the rule of law,” he said.

Normalcy has been restored on Saturday while Police will continue to investigate instigators of the unrest.