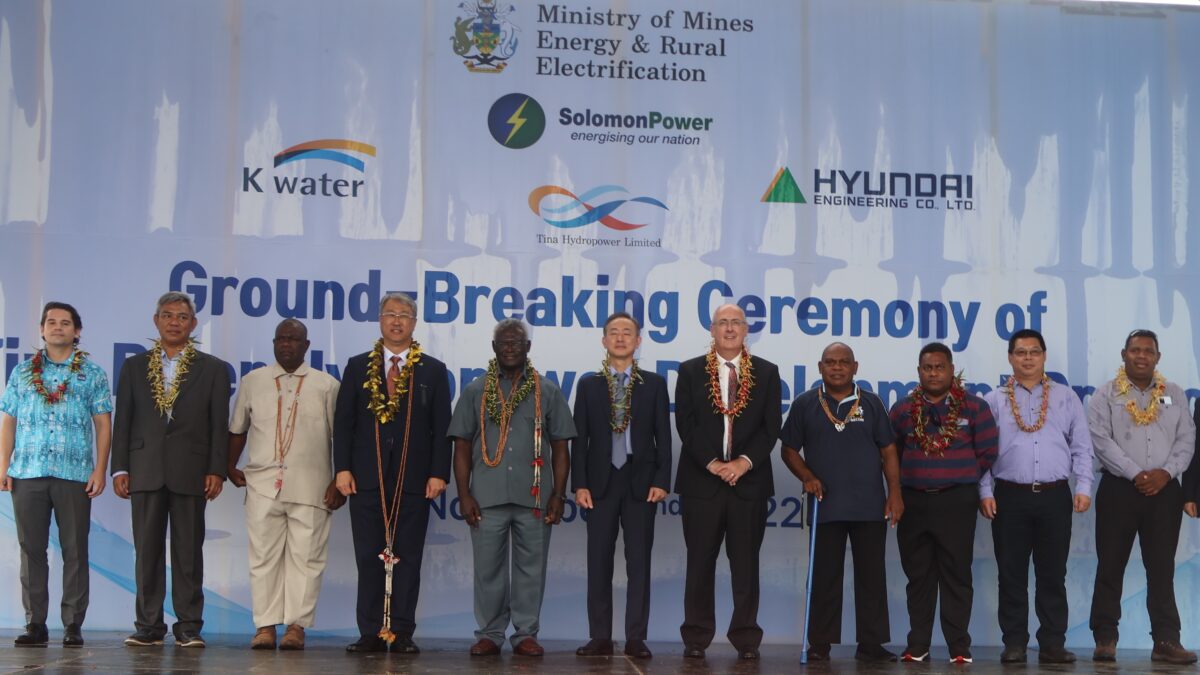 PM CALLS ON LANDOWNERS TO WORK WITH GOVERNMENT 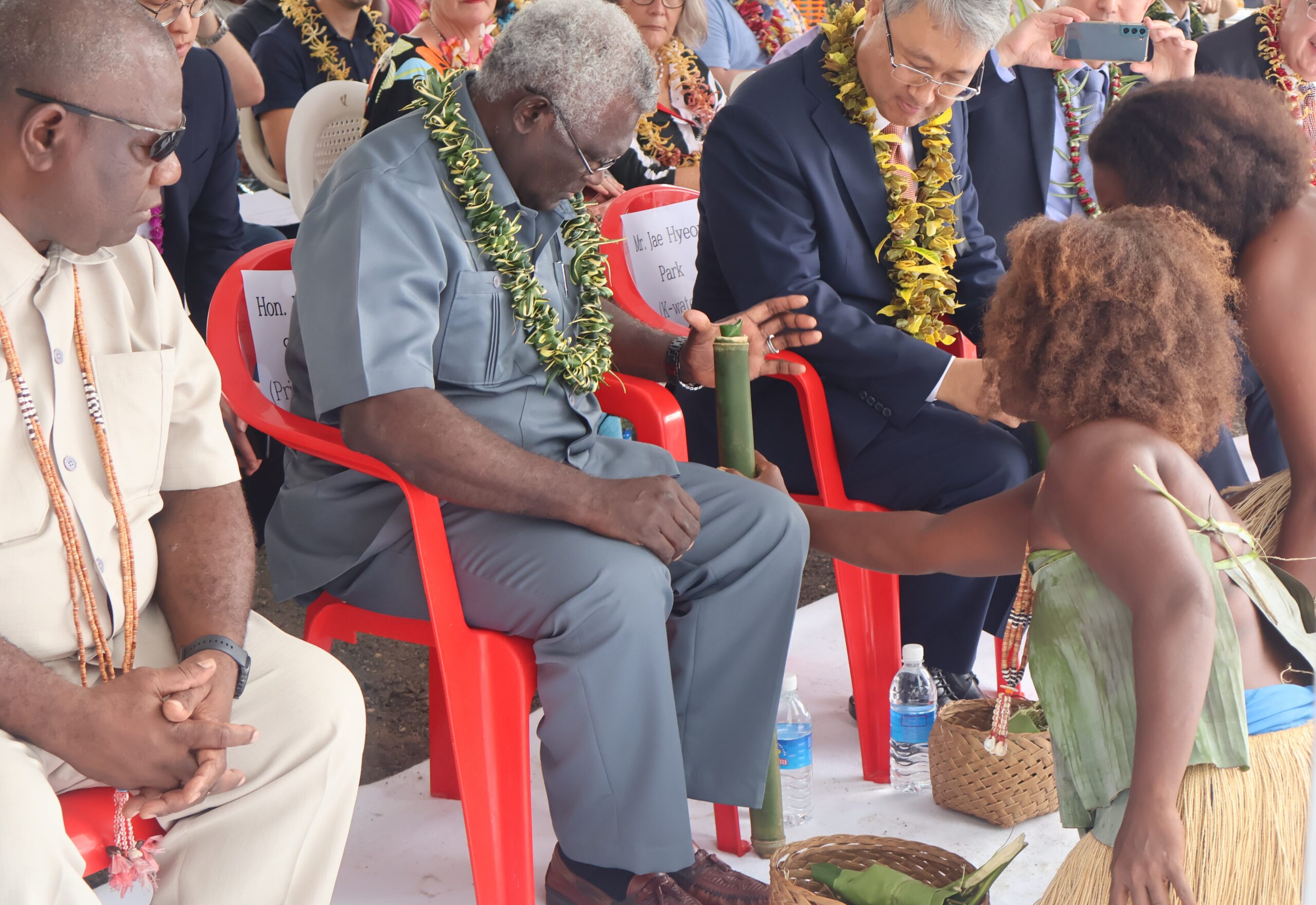 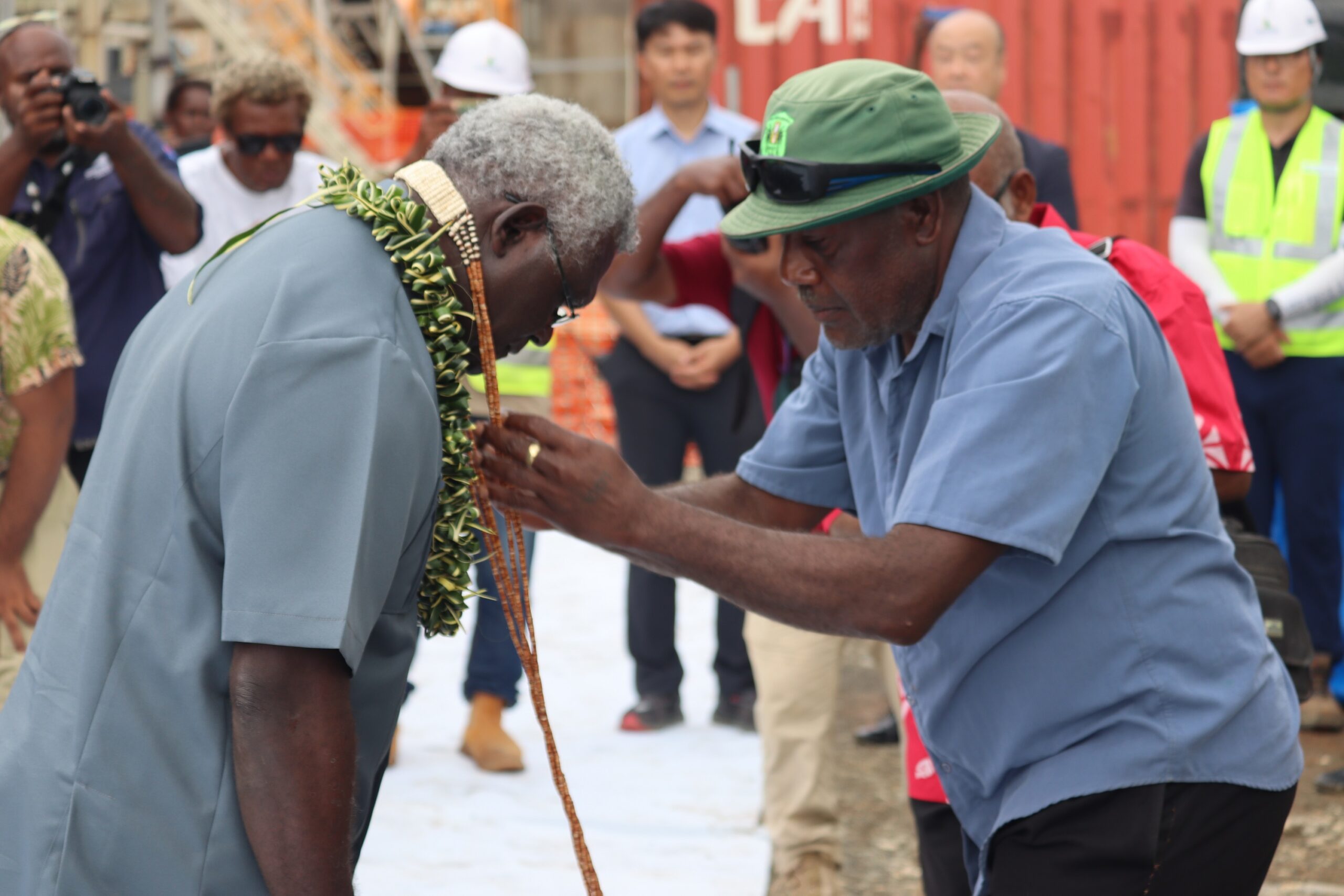 PM Sogavare receives a shell money from a Guadalcanal elder

The Prime Minister Manasseh Sogavare has called on landowners of Tina Hydro Project to work together with the government for a secure and better Solomon Islands.

Prime Minister Sogavare made the plea at the historical ground-breaking ceremony of the Tina Hydro Project at Tina, Central Guadalcanal, Guadalcanal Province.

“Nation building is a collective effort that involves all of us. We must all rise to the occasion and the call of duty to serve our people and country,” the Prime Minister strongly emphasized.

He also reiterated that while the project is designed to increase the amount of renewable energy in Honiara, future generation will be benefiting from the project as well.

The Prime Minister further added that the project will not only deliver cheap, affordable and cleaner energy but all stakeholders have been “…investing in the future of our communities through the successful implementation of the Community Benefit Sharing Project.”

PM Sogavare described the groundbreaking ceremony as a milestone achievement, also adding that, much work will be done in 2023 and that the construction of the Tina hydro will bring more investment and jobs for the people.