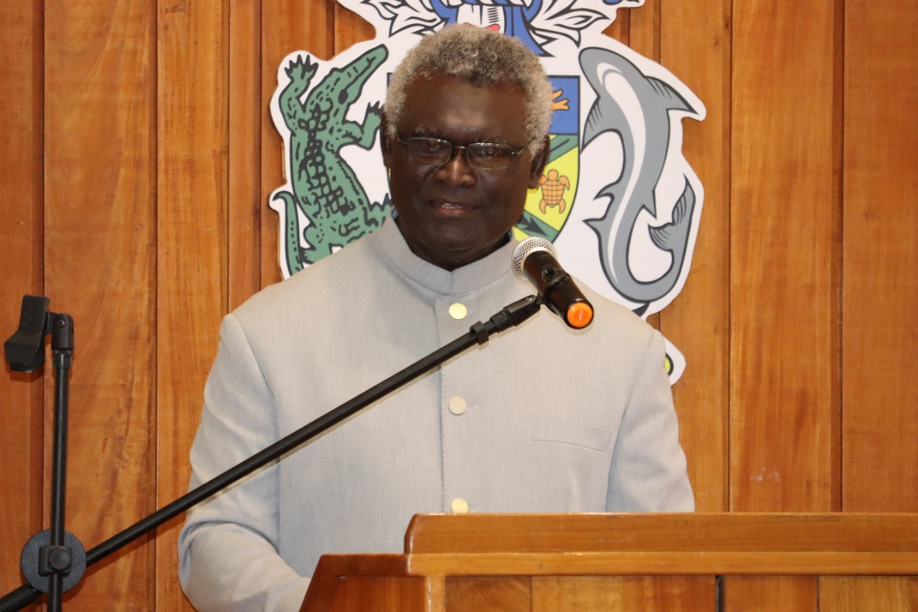 Prime Minister Hon. Manasseh Sogavare formally announces the passing away of the Honourable Titus Fika, the late Minister for the Ministry of Environment, Climate Change, Disaster Management and Meteorology.

In a special nationwide message through the National Broadcaster, the Hon. Prime Minister announced, at 2 am yesterday morning Honourable Titus Fika, was called to rest by our Heavenly father at the National Referral Hospital following a prolonged illness.

“On behalf of the Democratic Coalition Government of Advancement which I lead, I with my wife and family, all members of the National Cabinet and the Government Caucus convey our most sincere and profound sorrow and condolences to the wife and family and to Honourable Stanley Sofu, family, and relatives of the late Hon Fika for the loss of a great champion for the people, a husband and father, a brother, uncle and cousin and a role model for all who have been blessed to meet and work with him,” Prime Minister Sogavare stated.

The Prime Minister also expressed his government’s sincere and heartfelt condolences to the people of West Kwaio Constituency whom the Late Hon Minister Fika had represented so well in the National Parliament.

Before becoming a member of the National Parliament, the late Hon Fika worked in the teaching profession as a teacher. He rose to the level of the Education Secretary for Malaita Province before being appointed Speaker to the Malaita Provincial Assembly.

He added, the late Hon Fika left behind a Legacy of servitude to his family, his people, his constituency, and his country.

The late Hon. Fika always put others first. He always sought to serve his constituency and his country well and to his utmost.

“The Government will continue his Legacy of service to people and country, lest we do injustice to our late brother,” the Prime Minister said.

The late Honourable Fika was a person of great integrity and humility. He always has a characteristic smile on his face regardless of the circumstances he faced in delivering his responsibilities for his people.