Prime Minister Sogavare signed on behalf of the Solomon Islands Government in his capacity as Acting Finance and Treasury Minister. 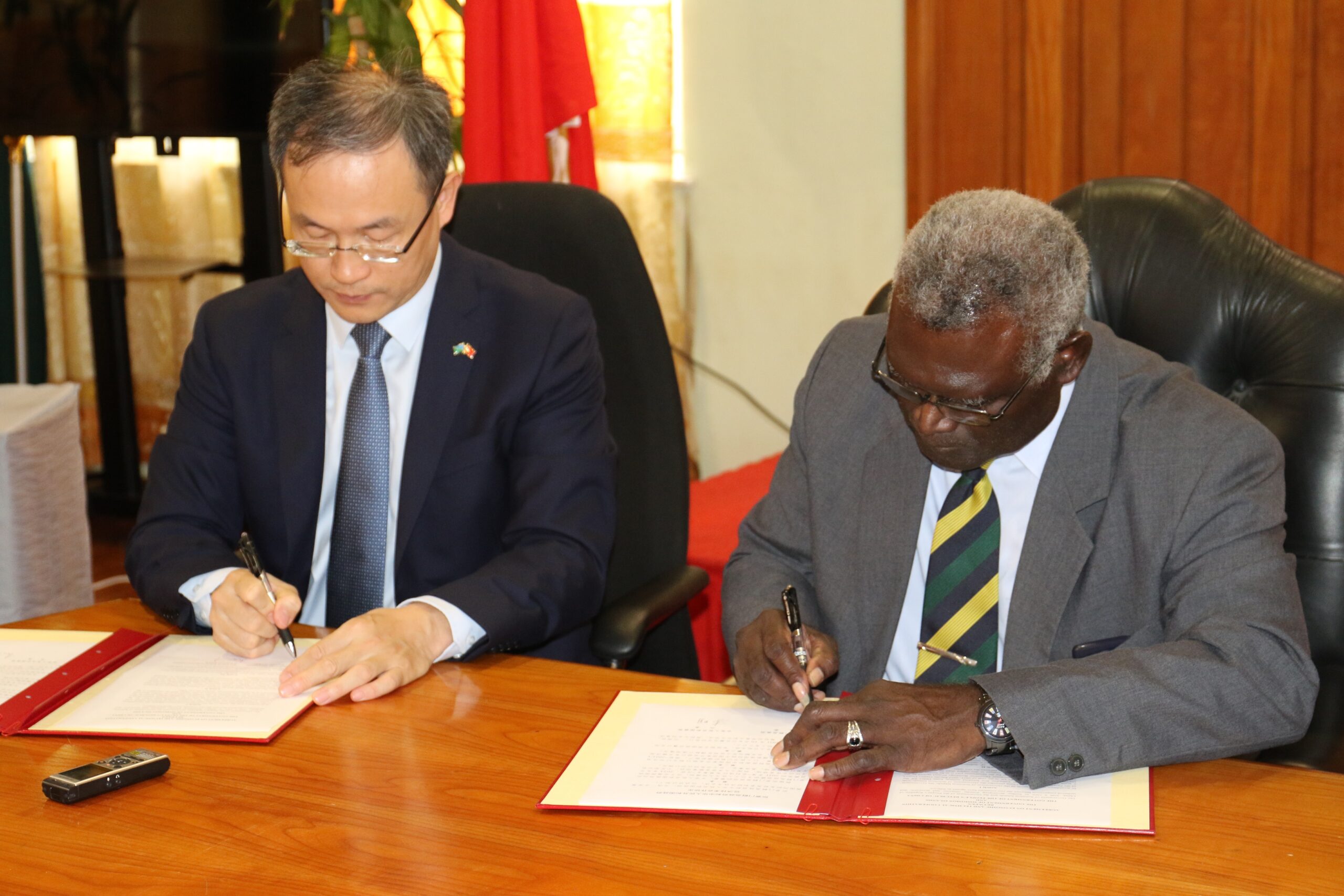 PRIME Minister Manasseh Sogavare today has signed the Agreement on Economic and Technical Cooperation with the Chinese Ambassador Li Ming.

Prime Minister Sogavare signed on behalf of the Solomon Islands Government in his capacity as Acting Finance and Treasury Minister.

The Agreement on Economic and Technical Cooperation is for the implementation of injection of Rural Constituency Development Program support in the year 2021, the 2023 Pacific Games Project and the Solomon Islands National University Dormitory Buildings Project.

Speaking during the brief ceremony, the Prime Minister said the signing further strengthens the shared national interests between both countries.

The Prime Minister also acknowledged the relationship between both countries reflecting on the exciting developments ahead of the Pacific Games 2023.

Prime Minister Sogavare said the commitment by China in developing Solomon Islands has now come to fruition with the major developments towards the Pacific Games in 2023.

Ambassador Ming in response said China will continue to assist the Solomon Islands in its development endeavors.

He said the signing is a very important step to implement the consensus reached between the Prime Minister and the Chinese President.

Ambassador Ming said relationship between both countries have achieved a lot since its establishment not long ago.

He said the signing is also a positive step in the infrastructure development for the Pacific Games 2023.

The Chinese ambassador also acknowledged the Government and people of Solomon Islands for the ongoing friendship and support.