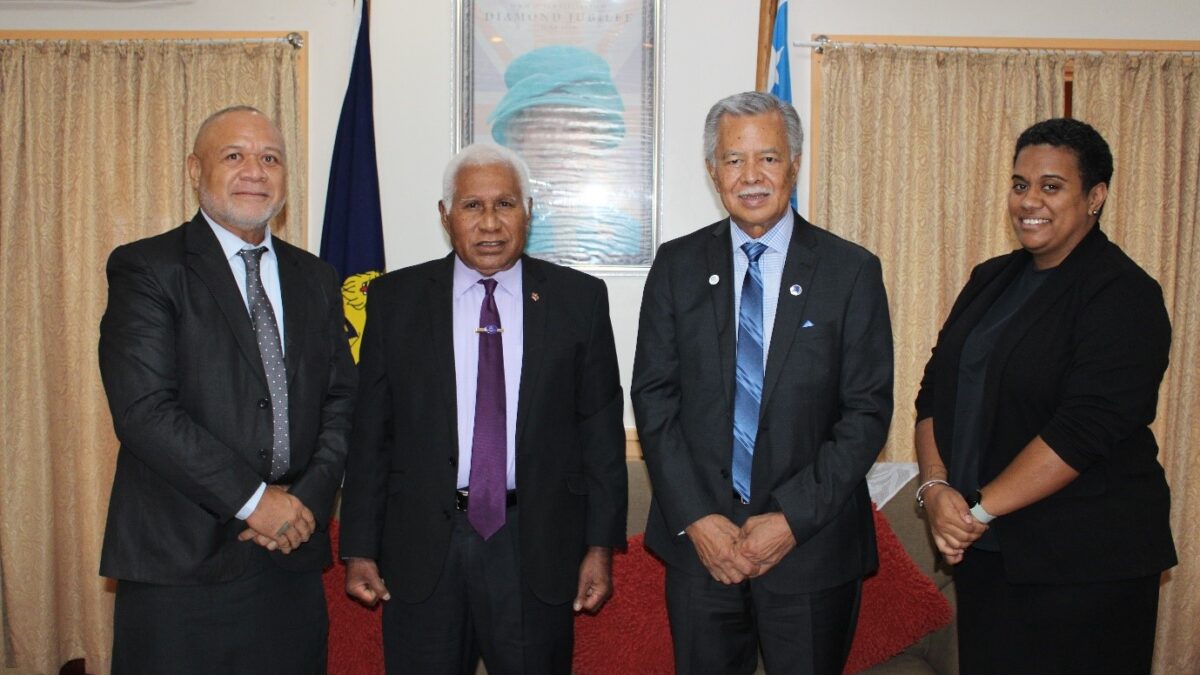 The visit to Government House was an opportunity for Secretary General Puna to provide updates to the Governor General on Forum related issues.

Sir Vunagi welcomed the PIF Secretary General and wish him well and also the best in his meetings with senior government officials and stakeholders during his visit in the country.

The visit also intends to maintain the Forums high level political engagement with Heads of Governments and relevant stakeholders by providing key updates on what the Forum is doing and to follow up on actions on key decisions taken by Forum Leaders. 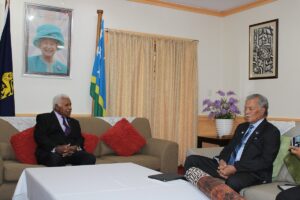 Governor General having a discussion with the visiting Secretary General of the Pacific Islands Forum Secretariat, Henry Puna at Government House today. 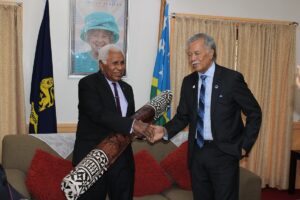