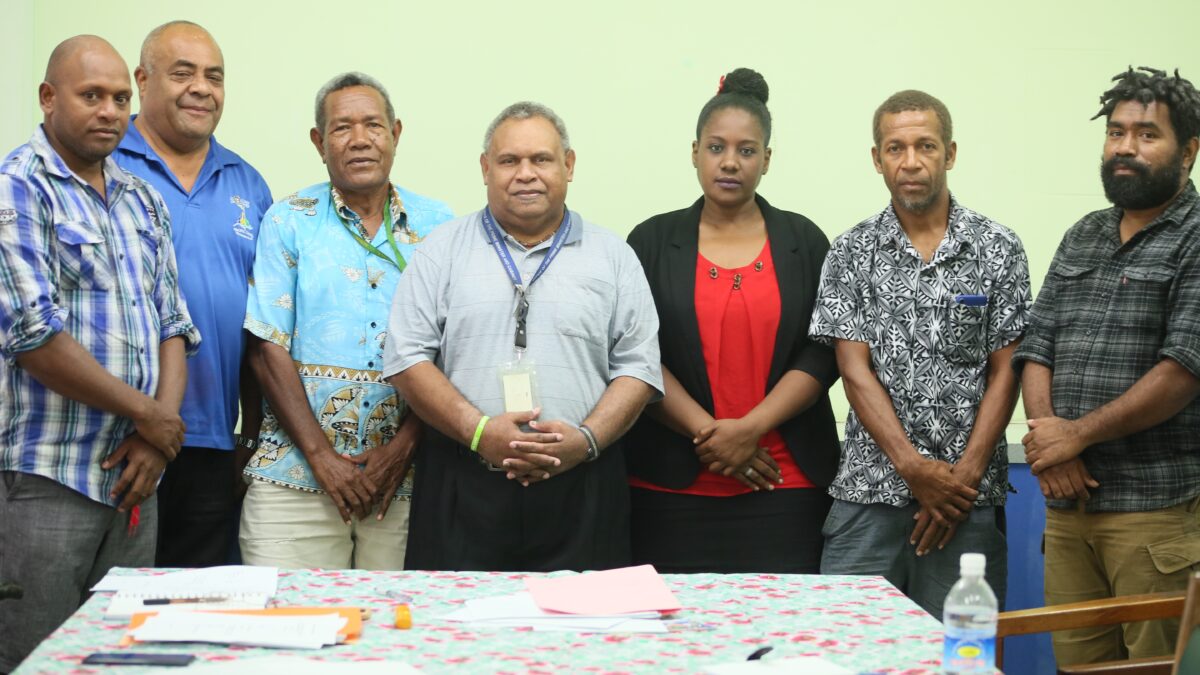 The Government Services Integration Committee (GSIC) Ministerial Officials in Cluster Group 6 on Transport, Highway Traffic Redirection and Service Relocation for the Pacific Games 2023, met for the first time on Friday 5 March 2021) to discuss their proposed work plan and activities for the upcoming Pacific Games 2023.

The Statement stated that these Ministries deal with Transport, Highway Road System Traffic Redirection, Bus, Taxi Services, and Relocations during the duration of the Pacific Games.

“As the Pacific Games 2023 is in Honiara, the Host City, it is important that we start planning our Transport, Road System, Traffic Redirection, improvement of our drainage systems, Relocation and Rearrangement of Bus and Taxi routes and services, in preparation for the Games”, according to the GSIC Secretariat .

As Solomon Islands will receive thousands of visitors from the region, including from our provinces for the Games, it is important that we have an effective and coordinated transport and road system in place, so that we could control and manage the movement of people, vehicles, pedestrian crossers, and sporting athletes from the City and to the Games site.

This is to avoid traffic congestion and overcrowding on our roads that will be pose huge challenges for our sporting athletes and us during the Games.

“During the group meeting this morning, officials discussed options for movements for vehicles, Transport and Road systems, improvement of our drainage system, Parking lots, installation of traffic lights, Pedestrian crossings, relocation of bus and taxi services during the Pacific Games. An option being discussed also is the proposed use of sea transport services to ferry the public from Port Cruz to Ranadi for the Games site, as a means to ease traffic congestions on the main road and highway systems”, according to GSIC statement.

The Ministry of Infrastructure and Development noted the discussions and options put forward during the meeting and would be further discussed more in detail with their engineers and technical people before further discussion with Government Authorities.

It is also important that early discussions with relevant Government Ministries and Responsible Authorities be held so that we take a whole of Government approach and have a system in place, come Pacific Games 2023.

The Ministry of Police National Security and Correctional Services informed the meeting that Police will be working closely with relevant key stakeholders in the effective coordination and management of our transport, highway road system. In addition, Police also has its own operational plan in place and will be activated and executed during the games.

The Ministry of Land Housing and Survey also informed the meeting that they would be working close with Ministry of Infrastructure and Honiara City Council in identifying proper sites and locations, which could be used for Bus and taxi services during the Pacific Games.

Meanwhile, the GSIC Secretariat in the Office of the Prime Minister Cabinet noted the good progress of work done to date, and plans in place for the effective management, coordination and improvement of our Transport, Highway road system, Traffic redirection and service relocations, and encouraged Ministries to continue on their work plan and commitment in undertaking the tasks and responsibilities assigned to them.

It also called on support and understanding of Honiara residents, public, transport owners to support the work of these Government Ministries as they embarked on their important tasks, and preparing us for the Games.

The Cluster Group 6 Ministries are part of the eleven Cluster Groups where Ministries have been assigned to different functions and responsibilities to perform and support the Games Organizing Committee, the National Hosting Authority, and the Government to successfully deliver the Pacific Games in 2023.