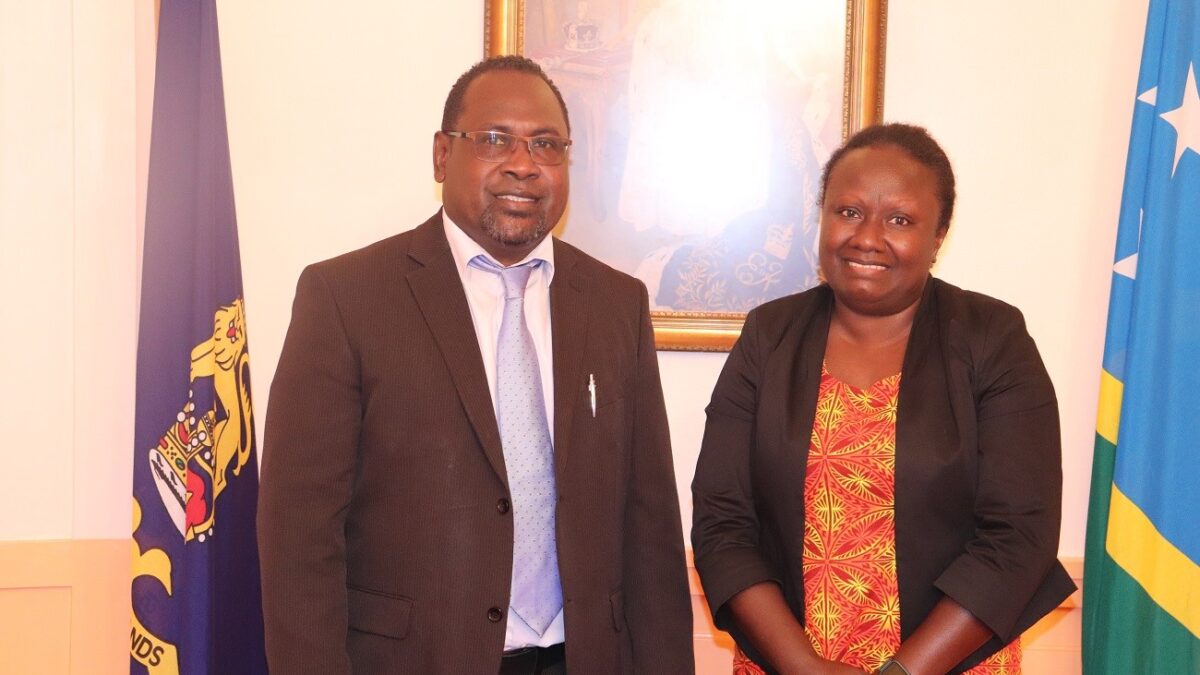 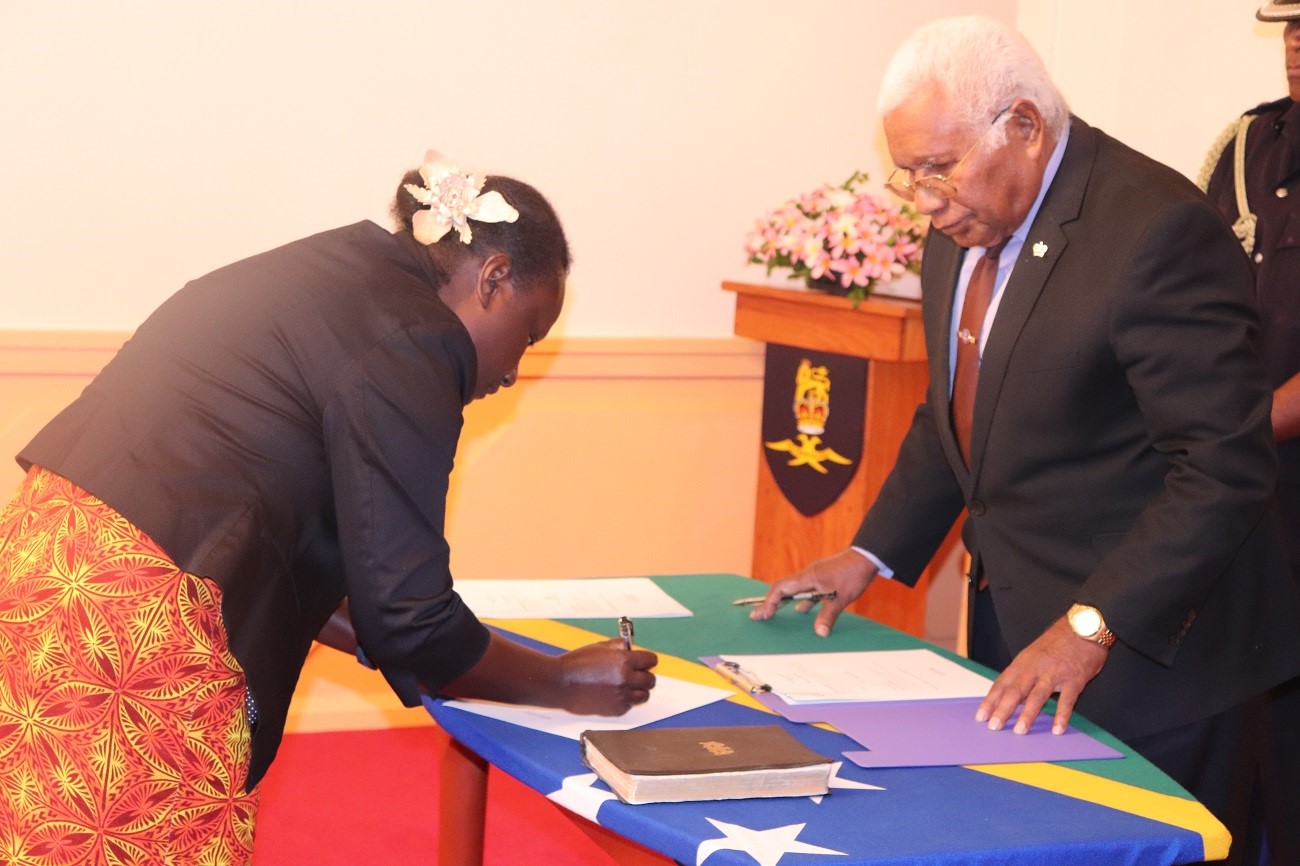 The Government has re-appointed two Permanent Secretaries following the end of their contracts recently.

Karen Galokale was re-appointed to the Ministry of Police, National Security and Correctional Services, a position she held for the past four years.

Similarly, Riley Mesepitu was re-appointed to the Ministry of Commerce, Industries, Labour and Immigration, a position he held for the past four years.

The duo took their oath of Office and Allegiance before the Governor General, Sir David Vunagi at Government house yesterday (August 24).

Their appointments were made following the advertisement of the posts at the end of their contracts mid this year.

The Governor General congratulated the duo on their re-appointments and wish them well in their service to the Government and people of Solomon Islands.