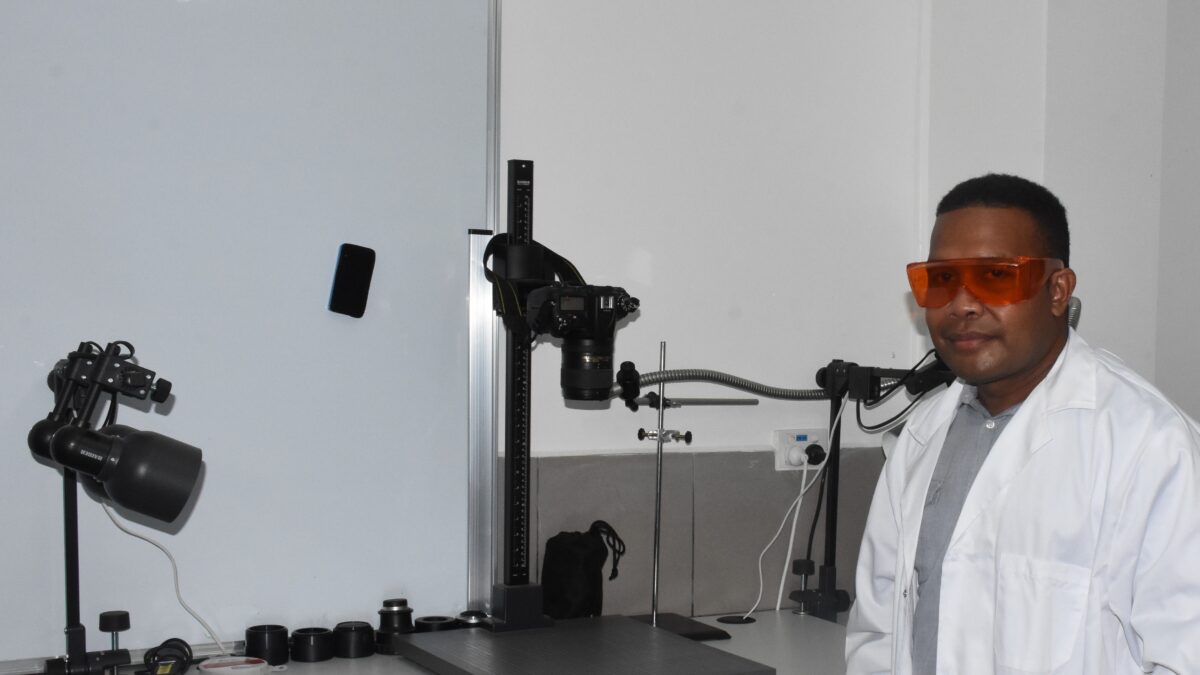 For all of the recruits into the Royal Solomon Islands Police Force, each of them have their reason for joining Polis blo iumi – Our Police

Detective Constable Kwanairara is a Forensic Officer, Scenes of Crime Officer (SOCO) within the Forensic Services under the National Criminal Investigation Department (NCID) of the RSIPF at the Rove Police Headquarters (PHQ) in Honiara. A job he held since October 2016.

Garnette was not recruited into the RSIPF straight from secondary school like most police recruits do.

With his interest in detective movies, Investigation TV Series and homicide investigations movies, Garnette persuaded his lifetime dream further through formal education. In July 2014, Garnette graduated with a Bachelor in Forensic Science/Forensic Chemistry from Griffith University in Australia. With this type of qualification, Garnette could be earning a lot more if he had joined the private sector or went into entrepreneurship. This fella from North Malaita had other plans.

“I was looking around after graduating where I could use my skills for the maximum benefit of my motherland, Solomon Islands,” says Garnette as he prepared to join a team of officers from the Sexual Assault Unit (SAU) at the PHQ to visit a victim and a crime scene of a recent alleged rape incident in Honiara.

He decided that the RSIPF was going to be his destiny as his skills will benefit the whole country.

“The RSIPF covers the whole of Solomon Islands so I thought this could be the place that I will put my skills as a forensic graduate into maximum use,” says Garnette with a grin on his face.

Then there was a stumbling block. If he wanted to join the RSIPF, he must first go through the general policing training and become a sworn officer, so it was back to the classroom in April 2015 at the Police Academy in Honiara. Through his love for learning and patience, he graduated with the police highest award, the Baton of Honour and the Academic award and took his oath as a police constable in September of the same year.

“It was a bit tough getting back into the classroom so soon for another five (5) months after graduating from university, but I kept on reminding myself that if I wanted to serve my country as a forensic expert with the RSIPF, then I must follow the rules. There is no short cuts.”

“On becoming a PC, I quickly realised that the police force demands strict discipline, professionalism and ethics, the same expectations are in the forensic field. So I thanked God for leading me into the RSIPF,” says PC Garnette with satisfaction in his face.

He explains, “As a forensic officer, it is paramount that I display discipline and professionalism, my investigations could be meant years in prison for a suspect. That is the importance of the job as a police forensic officer (SOCO) or any position in the RSIPF for that matter.”

“There are a lot of temptations in the force, you regularly deal with people’s valuable properties, money, phone and goods but you need to be committed to the oath that each of us officers held the Bible in our hands and recited on graduation day. Yes, we are all humans but we need to have the passion for our role as police officers. If you do not have the passion, then you should have never joined the RSIPF in the beginning.”

“But most of all, we need God to be leader of our life. He will direct us through His Holy Spirit and give us his wisdom and knowledge to perform our duties as police officers for the good of God’s people in Solomon Islands,” says PC Garnette.

For PC Garnette, the sky is the limit in the field of forensics, but for now his focus is serving the people of Solomon Islands through the RSIPF Forensic Department.

“I would like to thank the Australian Government for providing scholarships to ordinary citizens of Solomon Islands like me. Of-course, I got the scholarship through hard work and sleepless nights at Su’u National Secondary School. My dreams would not have come to reality if it was not through Australian Development Scholarship (ADS) in 2011,” PC Garnette concluded.