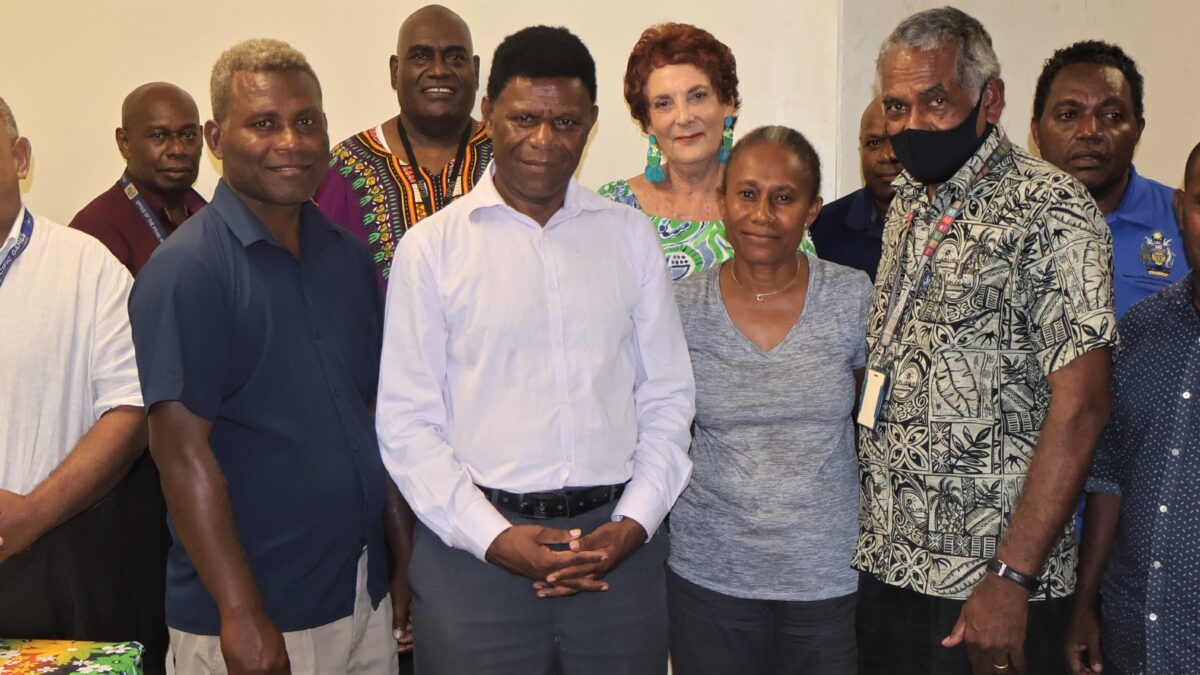 Dr Rodgers emphasized this when he made welcome remarks promoting the “Safe & Green Games” during a meeting organised by the Government Services Integration Committee (GSIC) at the Guadalcanal Provincial Headquarters last week.

During the meeting, Deputy Premier of Guadalcanal Provincial government including members of the executive and provincial Staff were updated by respective presentations by the Solomon Environ Beautification, the CAUSE Project and the Honiara City Environment & Health Division where the presentations were focused on the intended roles and the necessary steps that needed to be undertaken to successfully implement the “Safe and Green Games Strategic Action Plan”.

As Honiara City gears up to Beautifying itself, working collaboratively with the various stakeholders is very important to ensure the Pacific Games is successfully hosted in 2023.

Some of the Beautification and Clean-up programs will also include KGVI to Henderson Airport areas, and the importance of working closely with Guadalcanal Province.

“Guadalcanal Province looks forward to working closely with the National Government as we host this important regional sporting event.

There are many areas we can work together to beautify and clean up our City, and ready for the Games,” said Rinah.

GSIC Chair Bernard Bata’anisia thanked the Deputy Premier and the Provincial Staff for the meeting and assured them of their support and collaboration for the Pacific Games 2023.

GSIC of the Office of the Prime minister and Cabinet headed is tasked at coordinating the Government ministries, Government agents and is working collaboratively in partnering with the Private Sector including Churches, Schools and the Local communities in ensuring a Safe and Green Games for the Pacific Games 2023.