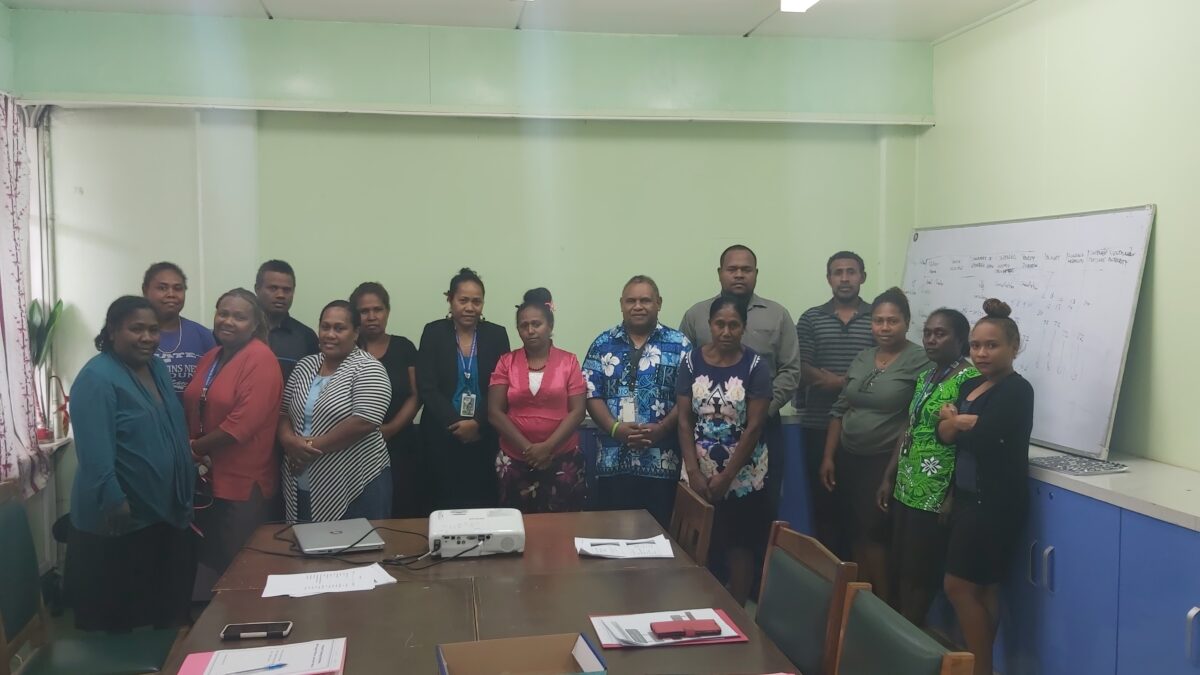 The Protocol Training Workshop is part of the OPMC staff development program on very important areas for working staff in the highest offices as the Office of the Prime Minister and Cabinet.

Speaking during the opening of the Training Workshop, OPMC Deputy Secretary to Cabinet, DSTC, Ms. Florence Joel reminded the trainees of the importance of Protocol required by the staff serving in the OPMC.

“It is very important that the procedures and process of how we conduct and carry out our responsibilities and duties in the office and compound is orderly and up to the required standard that reflect the set code of conduct,” Ms. Florence said.

Ms. Joel has highlighted that it is very important to value the work that one is given and mandated to do in the office and work place.

“One of the important principles in life is to value your job. When you value your work, you will be able to do your work or perform your responsibilities to the best of your abilities. This applies to all of us serving in various divisions and departments within the office,” she said.

She urged that trainees to practice what they learnt and take heed of the reminders said during the workshop.

OPMC Administration Human Resources Manager Leonard Ofainu’u also reminded the trainees that protocol should be part of the daily work activities that must be performed every day.

“As far as the Office of the Prime Minister and Cabinet is concerned, protocol is one of the most important thing should be applied on how we perform our daily duties in the office.

All of you represent your various departments and divisions and whole of the office. So we all must abide by the protocol procedures that is required of us,” said Mr Ofainu’u.

The Protocol Training Workshop was initiated and conducted by the National Consultant in the Office of the Prime Minister and Cabinet, Mr. Bernard Bataanisia, a former Diplomat who previously served as Solomon Islands High Commissioner to Papua New Guinea as well as at the Solomon Islands Permanent Mission to the United Nations in New York, USA.

The Training workshop is ongoing and will continue to be hosted for other staff of the OPMC.