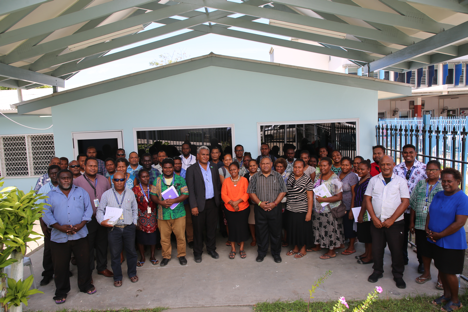 Staff of the Office of the Prime Minister and Cabinet (OPMC) will benefit from a refresher session on protocol which is expected to assist them in performing their daily duties.

The refresher was conducted by the Protocol Division of the Ministry of Foreign Affairs and External Trade (MFAET) with support from former Solomon Islands High Commissioner to PNG, Mr Bernard Bata’anisia who is now a senior advisor at the OPMC.

The half-day session covered protocol areas including the international norm of protocol, the Vienna Convention on Diplomatic Relations, the role of Protocol in the Ministry of Foreign Affairs and External Trade, the importance of Protocol in the Office of the Prime Minister and Cabinet and Protocol Standards for Government Officials.

The session also provided opportunity for staff to seek clarification and make comments on areas that needs improvement to make OPMC a vibrant and respected office.