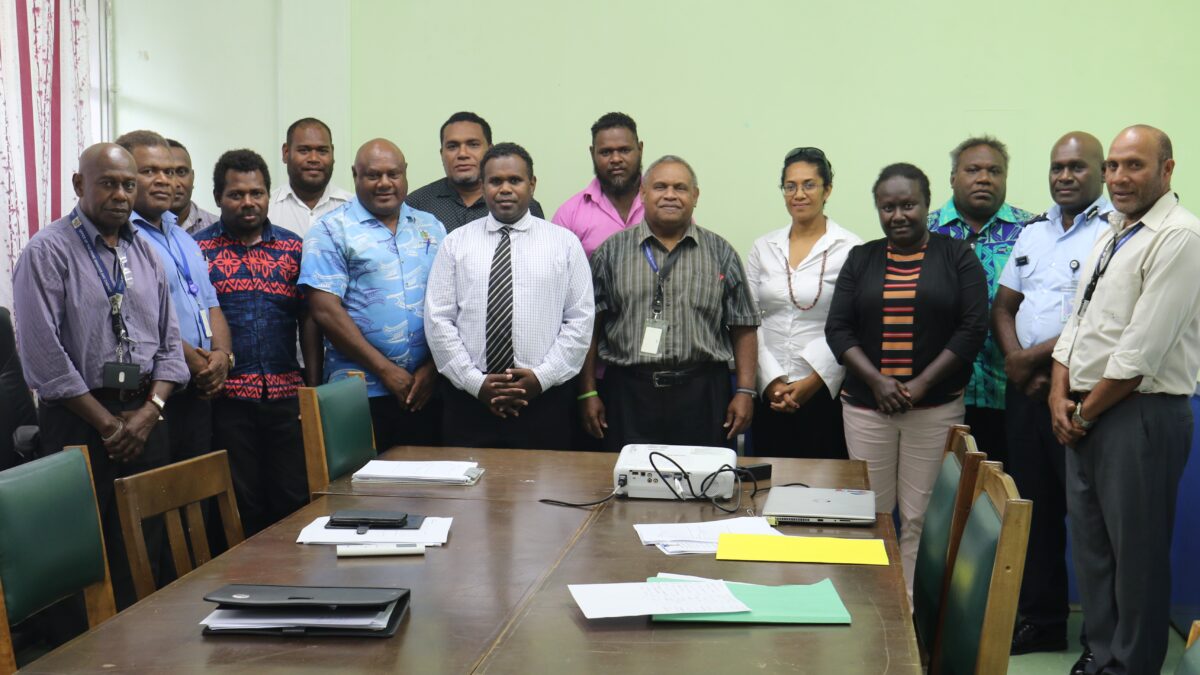 THE Office of the Prime Minister and Cabinet has held a consultation with key Government Ministries and Agencies on the proposed Foreign Policy Advisory Secretariat (FPAS).

The meeting was facilitated by the Policy Implementation Monitoring and Evaluation Unit (PIMEU) within the OPMC.

A Government statement today said the meeting was purposely to brief key line Ministries on the establishment of FPAS, its framework, TORs and its proposed organization structure.

It said FPAS was approved by Cabinet in October 2019 and it serves as the body responsible for coordinating, disseminating information and advancing the implementation of all relevant MOUs and Agreements signed between Solomon Islands and the People’s Republic of China (PRC).

“It is also mandated to facilitate meetings under the directive of Cabinet, as well as a think tank body in carrying out research and analysis on the global and regional politics, economics and security developments affecting Solomon Islands,” it said.

The statement said FPAS will be the vehicle used by the DCGA Government in driving its policies with PRC.

Meanwhile, the National Consultant, Fundamental Reform Sector Mr Bernard Bata’anisia said further consultations will be made with other line Ministries and key stakeholders on the proposed work of FPAS and its implementation process.

“Under the guidance of Cabinet, FPAS will liaise closely with all key government ministries, provincial governments, State Owned Enterprises, and stakeholders responsible for the implementation of the relevant MOUs and government development polices,” he said.