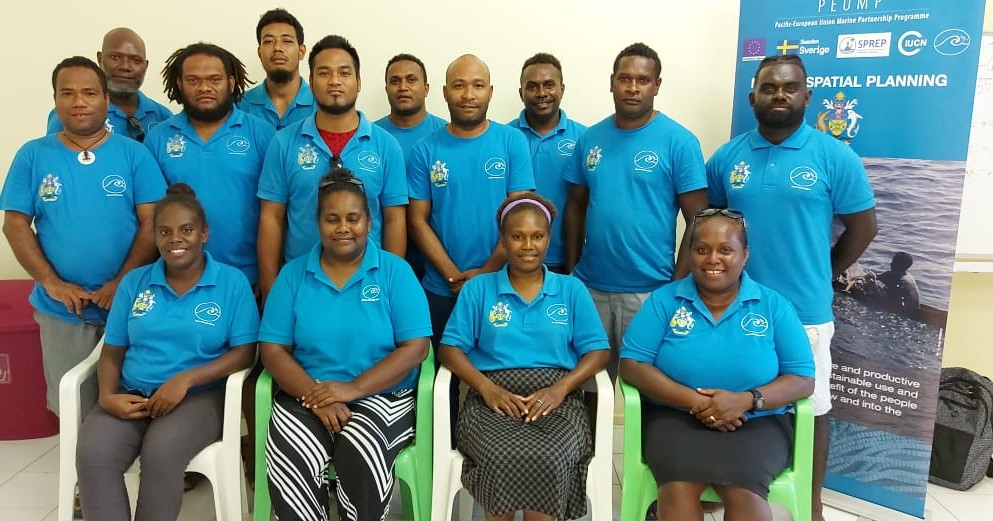 Fifteen team leaders for the nation-wide ocean planning consultations gathered for a three-day write-shop in Tulagi, Central Islands Province, from the 4th to 6th August 2021. The objective of the write-shop was to bring together these team leaders who led the first and second round nationwide Marine Spatial Planning (MSP) consultations to 1) review all the nine provincial field reports from the second round of public consultations on the zero draft maps and develop a synthesis report, and 2) to review the feedback and maps from the consultations and consolidate the findings for inputs into the development of the draft ocean plan or marine spatial plan. 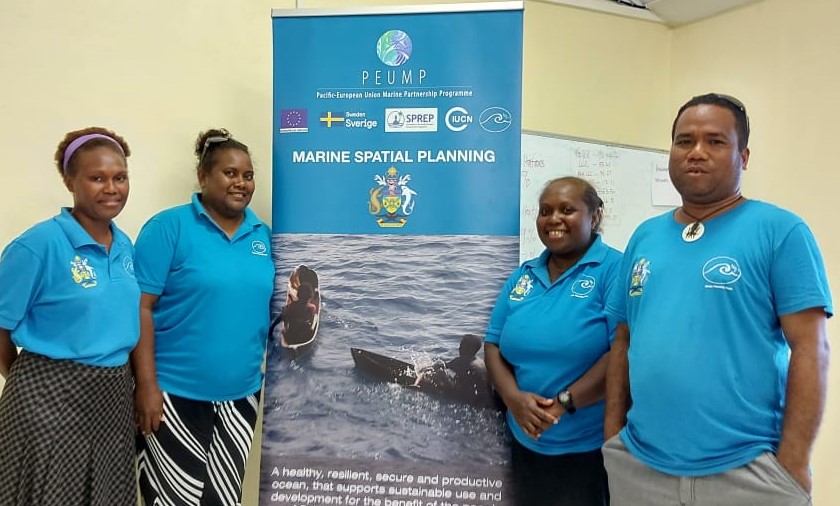 “The write-shop was exciting yet challenging. We had started this second round of consultations in October 2020 and only managed to complete 6 provinces then. We  continued in 2021 to complete the remaining consultations with 3 Provinces – Isabel, Rennell and Bellona and Western Provinces. We have yet to complete government-level consultations with a few government ministries in Honiara. I believe that by bringing together the team leaders, we were able to reflect and discuss stories by our people about our ocean,” said Mr Christian Manepolo, the National Coordinator of the MSP Program.

The basis of developing a draft national ocean plan is the outcome of a series of technical Geographical Information System (GIS) and prioritisation analysis with the inclusion of data from national and community consultations and input from experts over the last -four years.

“The GIS technical team has been profoundly honoured to be engaged in the MSP process for Solomon Islands and providing spatial support during the write-shop”. “GIS team/IUCN”

The Marine Spatial Planning (MSP) process is a key component of the Solomon Islands National Ocean Policy (SINOP) that was developed by the Ocean12 Committee through a cross-sectoral approach, completed and launched in 2019 and now being overseen by the Ministry of Foreign Affairs and External Trade. The Ocean12 is an intergovernmental body comprising of representatives from twelve key ministries, which have  direct links in their policy frameworks and legislations of the ocean. The Ocean12 over the years have been involved in discussing key priorities for effective ocean management and ocean affairs in the Solomon Islands in the phase of ever-increasing demand for ocean space and marine resources. 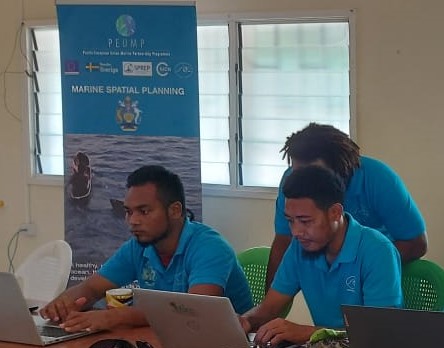 To ensure that an inclusive and robust marine spatial planning process is taken, the Government, through the Ministry of Environment, Climate Change, Disaster Management and Meteorology (MECDM) and the Ministry of Fisheries and Marine Resources to set-up a dedicated team, comprising for Ocean12 government officers and partners to conduct intensive nation-wide consultations involving all range and levels of stakeholders.

“As Solomon Islanders, our interest in and for the ocean will not end, as most of us depend largely on the ocean for our livelihood and survival. However, the increasing threat the ocean has suffered is huge and does not link to a single factor. As such, the national government is working closely with all key stakeholders to manage its ocean space and resource in order to balance the social, environment and economic use while maximizing the benefits from the ocean. I am pleased to part of our exciting ocean story and journey”, said Mr Heartly Tepai, a member of the ocean planning team.

The writeshop was concluded on Friday 6th August with the aim to submit provincial consultation reports to the Ocean12 to inform the next stages of the development of the Ocean Plan.

Note: The ocean planning program is carried out is funded by the European Union (EU) through a grant agreement with SPREP as part of the By-catch and Integrated Ecosystem Management (BIEM) Initiative, a component of the Pacific-European Union Marine Partnership (PEUMP) Programme. PEUMP addresses some of the most serious challenges faced by the region. Among these are the increasing depletion of fisheries resources and associated by-catch and habitat impacts; the threats to marine biodiversity, including negative impacts of climate change and disasters; and the need to mainstream a rights-based approach and to promote greater recognition of gender issues within the sector.The PEUMP is a five-year programme funded by the European Union with additional targeted support from the Government of Sweden. The programme provides direct assistance through regional organisations to support regional and national level activities in the Pacific.