The National Statistics Office continues to progress the analyses of the results of the 2019 Population and Housing Census towards a planned release of the results later this year.

Following a meeting convened on Wednesday 23rd March last week, the NSO officers within the various units in the department organized into pairs and groups, and were allocated with different Chapters of the reports with Census tables generated from the 2019 Census Data. 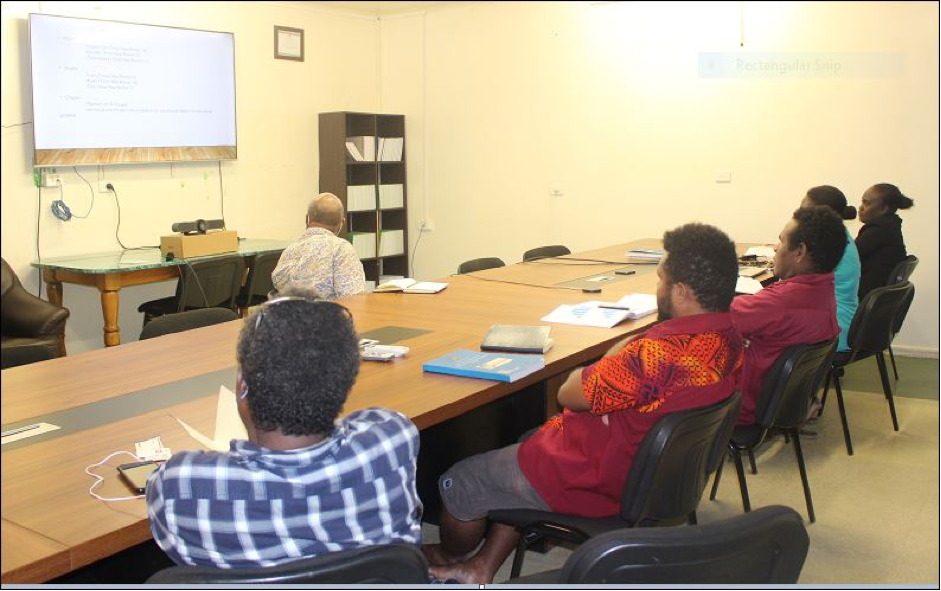 This sharing of Census report Chapters approach to NSO officers is to ensure officers take ownership of the reports and for the officer’s capacity development. The draft report from the findings will be edited by an external consultant. The chapters, will subsequently make up the final Census Analysis Report, Volume 1 for the 2019 Population and Housing Census results that will be finally launched.

The Census Commissioner, Douglas Kimi echoed that the November riots in Honiara in 2021 plus the COVID-19 pandemic, especially the community transmission outbreak in the country, and especially in Honiara in the beginning of this year 2022, imposed a significant set-back on the progress of the finalising of the census results. Nevertheless the 2022 Census work plan confirms the office’s commitment to seeing its completion right up to the final launch and dissemination this year.

“We are studying the first two chapters”, Mrs Tuzakana said.

“These two chapters are on Population Profile and Change, and Urbanisation. This will take us about two weeks or more to complete.”

Other groups will continue to work on their analyses when they receive their statistical tables that has been generated and validated. The office included most of its new staff in the process to build up their capabilities. Some stakeholders will also participate.

The provisional results for the 2019 Census was released in November 16th 2020, which revealed

that as of midnight (Census Night) of 24 November 2019, the country’s provisional population count was approximately 721,455. It is likely the final estimate will be around a similar figure.

NSO will launch the final results of the census anytime mid this year and they are expected to be slightly different compared to the provisional results.