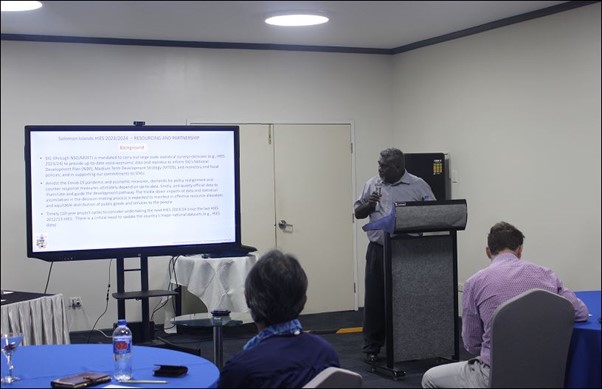 The National Statistics Office, NSO, on behalf of the government is planning to conduct the next Household Income Expenditure Survey, HIES, 20023/2024.

The HIES is NSO’s next major project after the 2019 Census Project.

Speaking at a presentation to donor partners at the Heritage Park Hotel on Wednesday 15th June 2022, the Government Statistician Douglas Kimi announced the proposed pre-numeration work can begin around the fourth quarter of 2022.

“The timing is appropriate as the 2019 Census Analysis is planned for release by August 2022, and the NSO staff will be fully available by then to engage in the project.” 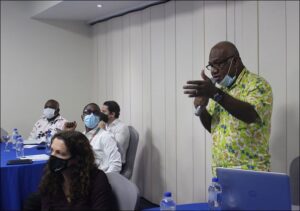 Mr. Kimi said the fourth quarter efforts will focus on preparations for office setup, recruitment of project staff, and the appointment of a HIES Director and the project team.

“The actual survey enumeration is planned for 16 rounds over a 12-month period”, he said.

“It will be implemented by about 18 teams comprising of more than 80 field officers.

The HIES 2023/24 final report is expected to be released by June 2024; to be followed by the poverty analysis/report.

The final work-plan schedule is subject to finalisation and endorsement with the development partner.

However, Mr Kimi advised that without funding support from development partners, the HIES will not succeed.