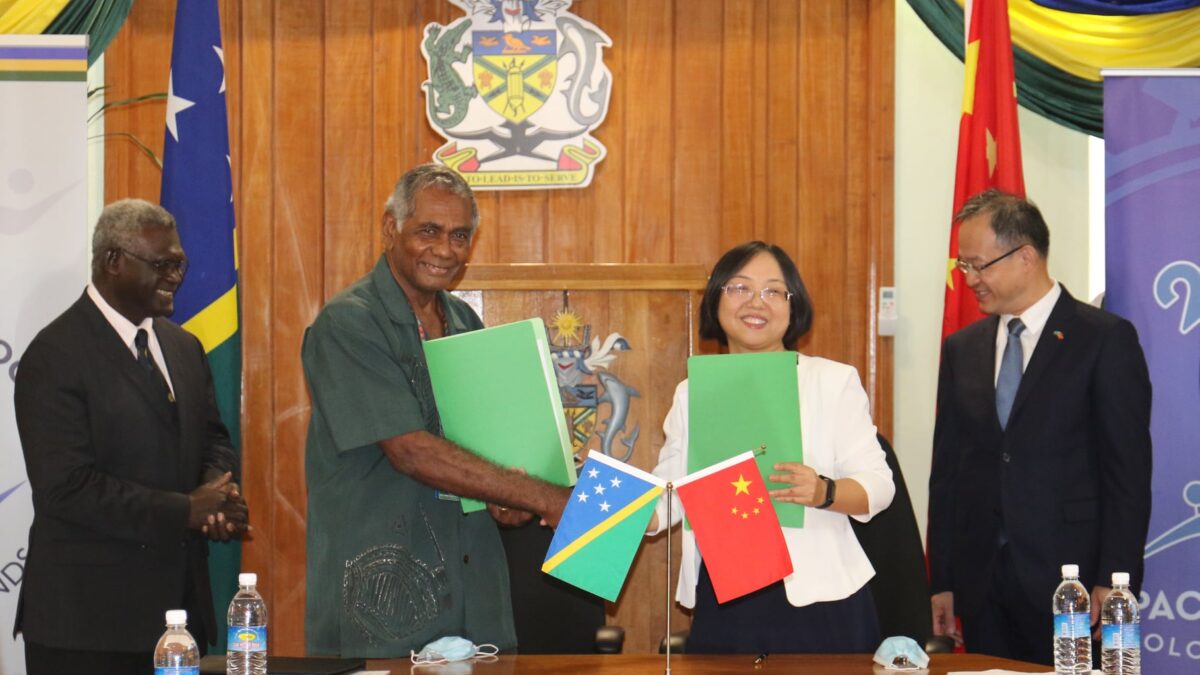 NHA CHAIR: THIS IS A HISTORIC MOMENT

“This is a historic moment”, the Chairman of the National Hosting Authority (NHA) and Secretary to Prime Minister, Dr Jimmy Rodgers made the statement to describe the signing of the Implementation Agreement of the 2023 Pacific Games Stadium Project.

Yesterday at the Office of the Prime Minister and Cabinet, officials from the government and PRC gathered together to witness and participate in the signing of the Implementation Agreement of the 2023 Pacific Games Stadium Project.

In his remarks to welcome the officials and guests, the NHA Chairman and SPM, Dr Jimmy Rodgers stated that the occasion is a historic moment.

Rodgers said it was in April this year that the two governments signed the first of exchange of notes to allow this particular mission (Central South Architectural Design Institute officials) to come to the country.

“The purpose of this mission is to design concept,” Rodgers stated.

Rodgers further stated that the reason for the signing of the Agreement was that the Central South Architectural Design Institute officials have completed their mission and all have agreed on a path to Pacific Games 2023.

The NHA chairman and SPM added that the signing of the agreement outlines what we want to achieve by 2023.

Dr Jimmy Rodgers further stated the Agreement will bring about the changes that when the rest of the Pacific are in the Solomon Islands they will visualise the transformation of our city.

“That’s part of the project it’s not just about the games. It’s about changing the face of our city, it’s about unifying our nation, it’s about living that legacy for our young people,” Rodgers added.

The NHA chairman and SPM concluded his welcoming remarks with a word of sincere appreciation to the government of Peoples’ Republic of China (PRC) for being a major partner in the partnership with the government.