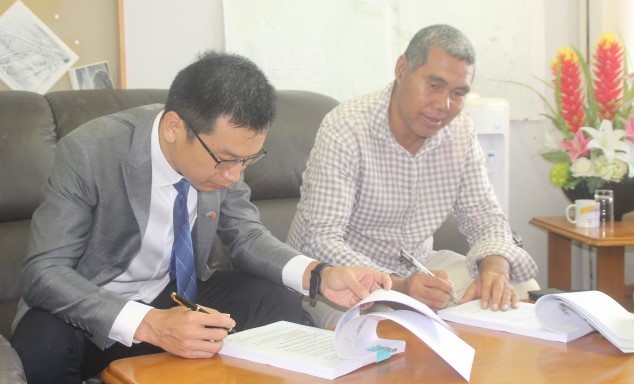 China Civil Engineering Construction Corporation (CCECC) has won the publicly advertised bid for the Design and Building of Munda International Airport Terminal Building in the Western Province. These terminal building works will significantly contribute to the government aspirations to improve and upgrade airport infrastructure as stated in the DCGA Policy 5.2.1.4 a) and e). This policy falls under the scope of the Ministry of Communication & Aviation (MCA).

The contract amount of US$7,097,000 (tax inclusive) is in line with that approved by the SIRAP National Steering Committee and the World Bank. The procurement process strictly adhered to the World Banks’ Procurement Regulations.

SIRAP aims to improve operational safety and oversight of air transport and associated infrastructure, strengthen the sustainability and climate resilience of the project roads, and in the event of an eligible crisis or emergency, to provide an immediate response to the eligible crisis or emergency. The SIRAP duration is from March 2019 to December 2024, with total funding of US$56.1 million, of which US$51.0 million is from the World Bank and US$5.1 million from Solomon Islands Government. The World Bank funds are made up of a US$20.5 million grant and a US$30.5 million credit.