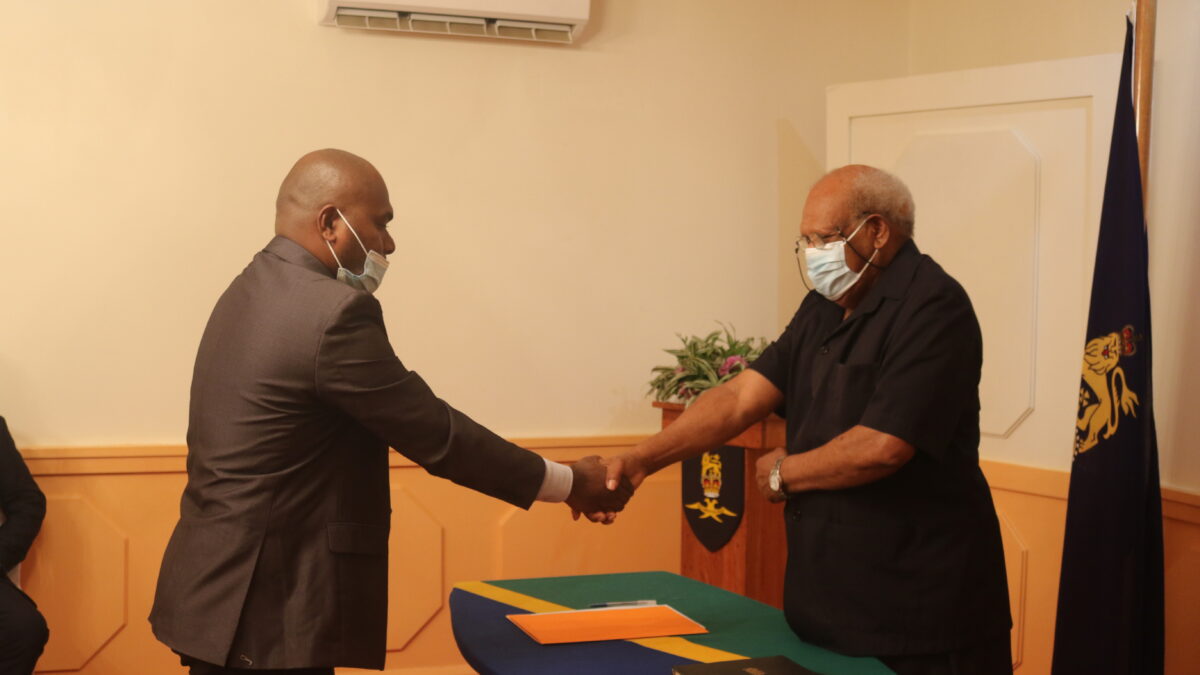 The newly appointed Permanent Secretary for the Ministry of Rural Development (MRD) Dr. Samson Viulu wasted no time by announcing his key priority for the ministry to carry head-on when he resumes duty next week.

Dr. Viulu made his oath and were sworn-in before the Acting Governor General of Solomon Islands, Patteson Oti at the Government House in Honiara today (17 June 2022).

The new PS took his appointment seriously when he stated that his immediate priority outlined is to push through regulations of the CDF Act which covers the proper management and administration of the CDF.

“The CDF Act Reform will also cover the establishment of relevant institutes in the constituencies and decentralization of government services to our rural people so that there is further positive impact on the disbursement and use of the CDF” (Constituency Development Fund),” PS Dr.Viulu added.

He further stated that the reform will also see the expansion of functions of MRD.

The new PS would like to see the CDF as an engine for the economic growth of this country and he believes this can be achieved through establishing a proper regulatory framework for the CDF. 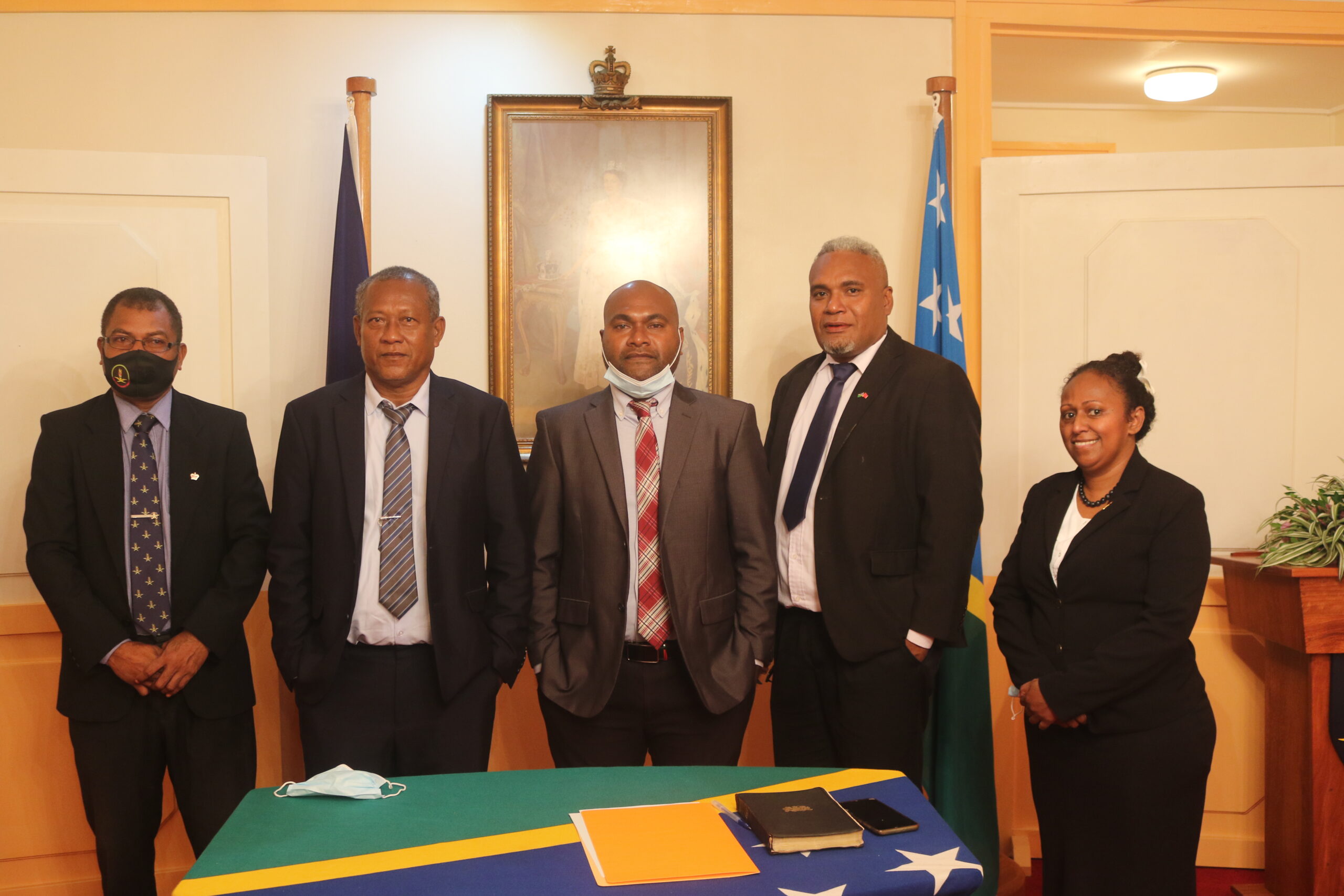 Previously Dr. Viulu served as livestock officer in the Ministry of Agriculture and Livestock (MAL) before going for further studies in Japan where he graduated with a MSc and PhD in Agricultural Science.

After graduating with PhD from Gifu University in Japan, he worked in various institutes in Japan before joining USP, Suva, Fiji in 2016 where he worked as a research fellow for three years.

Dr. Viulu first graduated with a Bachelor’s Degree in Agriculture from USP, Samoa and has Masters of Science and a Doctorate in Agriculture Science from Gifu University in Japan.

Dr. Viulu is married to a lady from Malaita and has three children.

He said he is happy to be part of the team at MRD and looks forward to working closely with the Minister of MRD Hon. MP Duddley Kopu and his new colleagues.

He also thanked the former PS Allan Daonga for his leadership over the past years.

Dr. Viulu’s appointment is valid for a duration of 4 years.

A program to formally welcome the new PS by staff of MRD to the ministry is arranged for early next week.