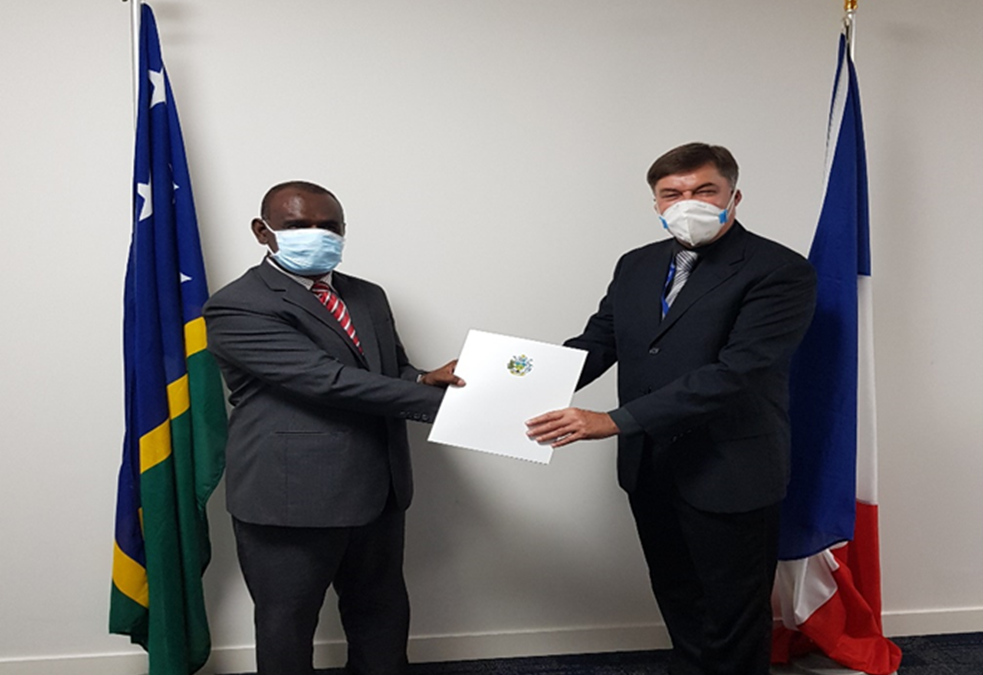 The Minister of Foreign Affairs and External Trade. Hon. Jeremiah Manele this morning handed over the Exequatur to the newly appointment French Honorary Consul to Solomon Islands Mr. Robertus Bochman.

Mr. Bochman in return reassured the Minister of his steadfast support and assistance and outlined some of his visions in progressing the two countries relations forward such as enhancing people to people connection, expand tourism potentials, and increase business and investment opportunities.

Mr. Bochman has a wealth of experience in the Banking, Tourism, Maritime and Aviation sectors.

His credentials will definitely assist to build on the existing cordial relations that   France has with the Solomon Islands.