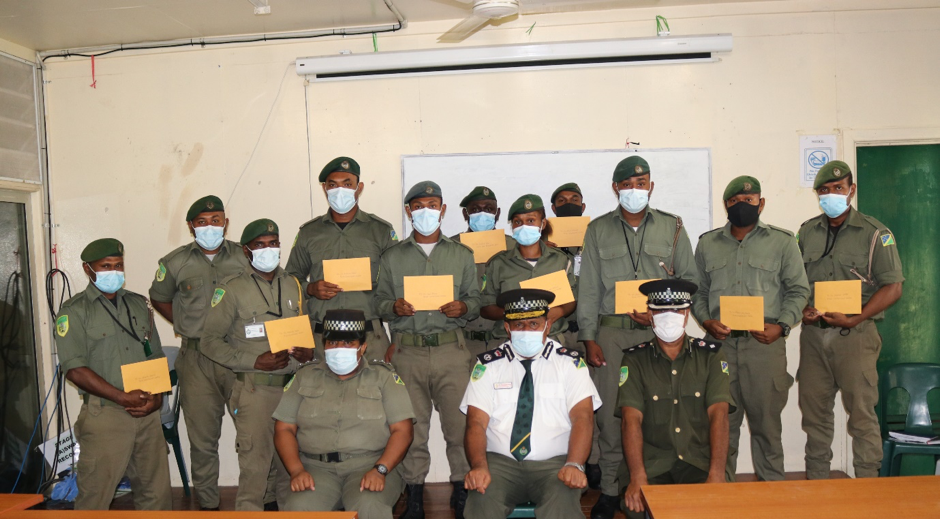 On Tuesday 3rd May, Commissioner Manelusi acknowledged and thanked the Correctional Service Training Centre (CSTC) Director, staff and Commandant for supervising and assessing the report of Haisoma recruit for their 2 years’ probation as of October 2020. The Commissioner expressed his gratitude and congratulated the confirmed officers for their high level of performance in their roles.

In his brief remarks Manelusi highlighted three basic principles and legacy of Jesus to the newly confirmed officers. They were, ‘words, action and obey’

In addition, Manelusi reminded them that God is watching their action, listening to their words and follow their obedience to God and to fulfil their duties.

Out of the 40 officers in total, 11 were extended for another 6 months’ probation due to some actions committed during their probationary period and the assessment reports for the remaining 12 officers are still from the Commandant.