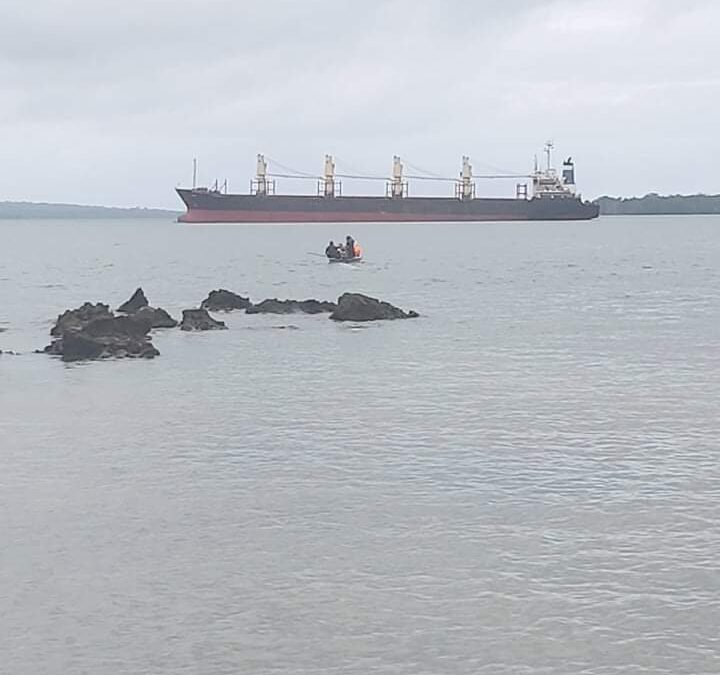 The National Emergency Operations Centre (NEOC), received a report from Lata Police Temotu Province that there has been an Oil Spill with potential damage to the environment observed by Solomon Islands Government, SIG, Border Agencies whilst conducting routine vessel clearance on MV Quebec.

Based on the technical assessment and recommendations on maritime, environment and disaster risks, the Multi‐Sectoral Technical Assessment Team aimed to provide further information on the oil spills and the impacts to the communities and environment, whilst identifying the drivers to determine appropriate actions for the Government to take.

Whilst on the ground, the Team will also assess the oil leakage from the wreckage of MV Tremax, a sunken vessel at the Lata wharf in 2014.

NEOC received oil leakage reports on the sunken vessel from some individuals, Temotu Provincial Government and the Lata Fisheries Centre on 03rd February 2021.

Coordinated by NEOC, the team is spearheaded by the Solomon Islands Maritime Authority, SIMA, and comprised of other technical agencies including the Environment, Fisheries, Disaster, Police and Temotu Provincial Government Officers.

Under the National Marine Spill Contingency Plan (NATPLAN), SIMA is the SIG lead agency on marine pollution and oil spill in the country.

The NDMO through the NEOC is providing the overall coordination of disaster responses as per the National Disaster Management Plan 2018 of which the NATPLAN is a sub plan specific to Marine Pollution and Oil Spill.

The deployment of the team is part of the whole of the Solomon Islands Government response to oil spill and potential environment disaster.

NEOC called on affected communities for support and assistance to the Team whilst on the ground.