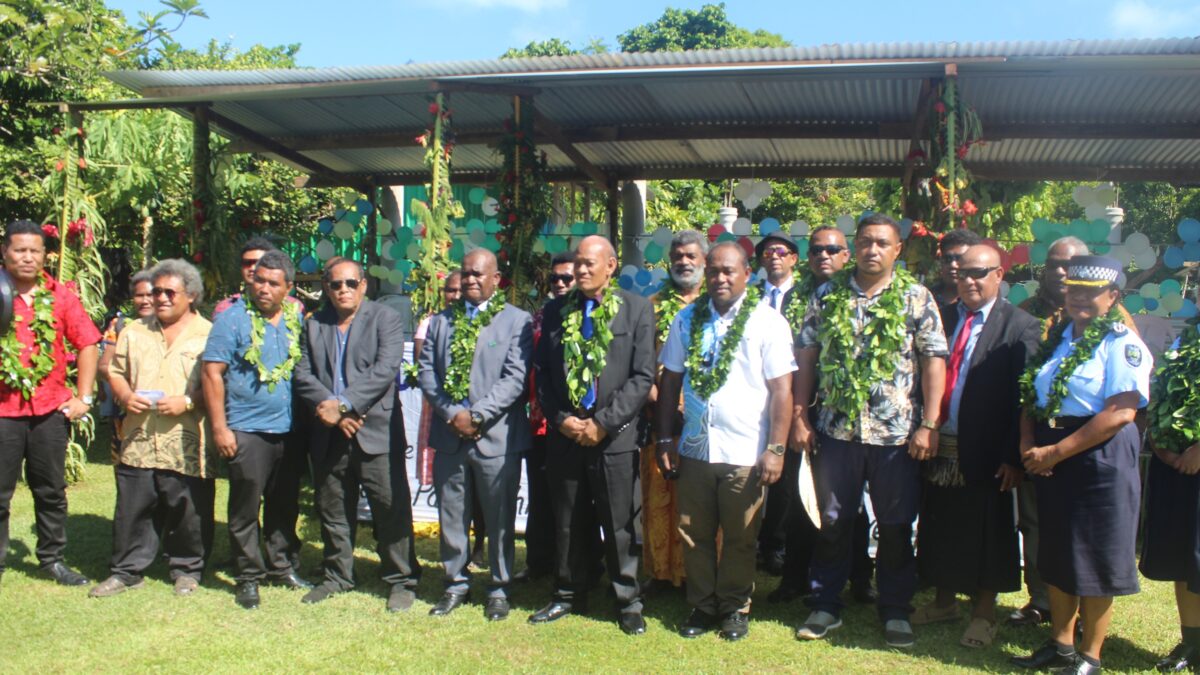 The National Government has assured support towards the commencement of work on the Bellona wharf project and Rennell road maintenance this year 2022.

Deputy Prime Minister Manasseh Maelanga made the assurance when speaking as the Guest of Honor during the Renbel Second Appointed Day celebrations at “Alava Community in Bellona on Wednesday 20th July 2022.

DPM Maelanga said when it comes to infrastructures and economic development, the government will continue to provide the necessary transport and communication infrastructures that will help facilitate the movement of goods and services in Renbel Province.

“I am pleased to announce that this year, the Bellona wharf will be built through ADB funding support towards sea and land transport infrastructure development.

I am also pleased to inform you all that Rennell road will also be maintained this year by the National Government through the Ministry of Infrastructure Development.

DPM Maelanga also announced that the National Government through the Ministry of Infrastructure Development has provided a vehicle for the Renbel Provincial Government to help carry out transport assistance in the implementation of projects and provision of essential service to the people of Renbel province.

“I believe that with the availability of this vehicle, it would ease up some logistical difficulties that we normally encounter when delivering our mandated services,” said Maelanga.

Meanwhile Premier of Rennell Bellona Province Japhet Tuhanuku said his government believed that private sector is the key sustainable development for the province.

Tuhanuku thanked the National Government for support towards the Renbel Provincial Government and the province.

“I would like to thank the National Government and donors for the ongoing work on the construction of a wharf in Bellona and upgrade work on the road linking West and East Rennell that I believe is going to is going to start soon.

“In connection to this, I wish to thank the Honourable Deputy Prime Minister for your strong support including your donation of a vehicle to our Province and I do hope that you will continue to support us.

I would like to thank the Honourable Minister of Provincial Government for your support to my government and province,” said Premier Tuhanuku.

He also thanked their Honourable Member of Parliament Dr. Tautai Kaitu’u for contributions to development of service delivery to the people of Renbel province.