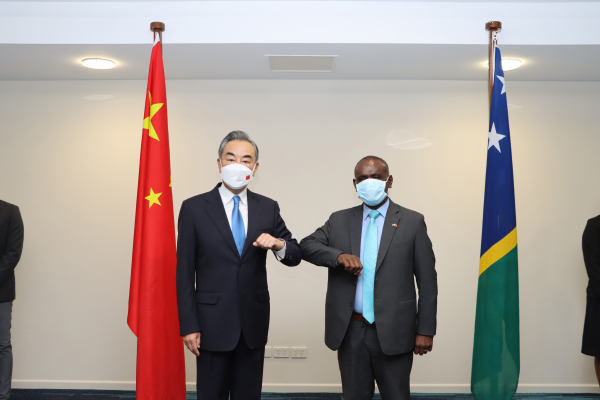 China’s Foreign Affairs Minister, Wang Yi with his Solomon Islands counterpart, Hon. Jeremiah Manele during his visit to Honiara in May 2022

An Agreement between the Government of the People’s Republic of China and the Government of Solomon Islands on Mutual Visa Exemption for Holders of Diplomatic, Official or Service Passports and Passports for Public Affairs officially entered into force on 24th November 2022.

According to the Agreement, citizens of the People’s Republic of China holding valid diplomatic, and service passports and passports for public affairs of the People’s Republic of China, and citizens of Solomon Islands holding valid diplomatic and official passports of Solomon Islands, shall be exempted from visa requirements to enter into, transit through, stay in or leave the territory of the other Contracting Party, for a period of not exceeding thirty (30) days from the date of their entry.

The agreement was made possible following the visit of the Chinese State Counsellor and Foreign Minister, Wang Yi to the Solomon Islands in May.

Together with the Minister of Foreign Affairs and External Trade, Hon. Jeremiah Manele, both signed the agreement on the Visa waiver and the internal process was completed before coming into force on 24th November 2022.