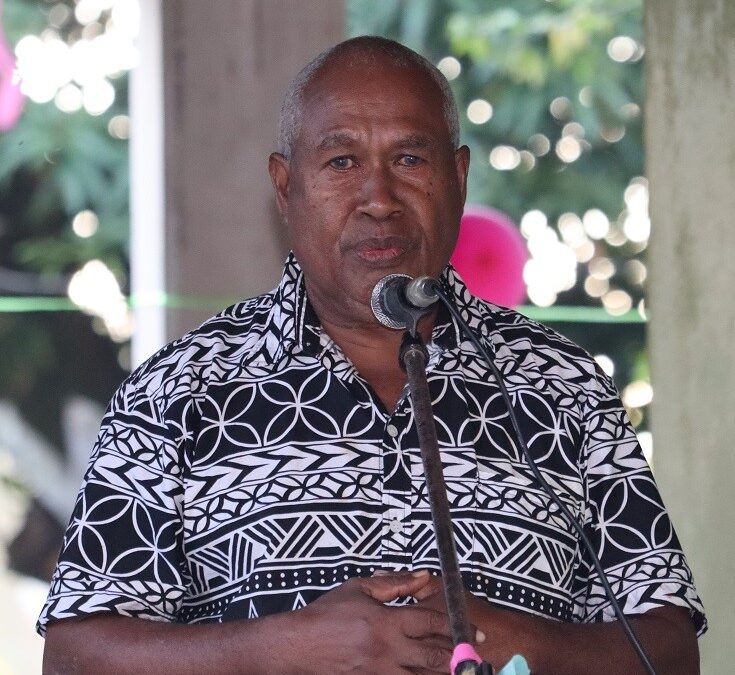 The Makira Ulawa Provincial (MUP) Government is working vigorously on a roadmap that will soon pave way for improved service delivery and to provide a conducive environment for investment opportunities in the Province.

Premier Julian Maka’a said his Provincial Executive with support from the full MUP Assembly are taking a bi-partisan approach to put in place a longer-term strategic roadmap that will bring game-changing benefits to his people.

“Our determinations are ambitious and longer term than the life span of a single Provincial Assembly,” Mr Maka’a said during celebrations marking the Province’s 38th Second Appointed Day last week.

Premier Maka’a acknowledged that all levels of Government in the country are struggling during these trying times worsened by the global covid-19 pandemic.

“It is crucial that everyone work together to share our limited resources as equal partners and people,” he said.

The Premier added that the MUP Government under his leadership would continue to strive to serve its people regardless of these difficulties and the roadmap they are working on will help in the process in the long term.

According to Premier Maka’a, unemployment features prominently in the many uphill struggles his Province continue to face.

Other pressing issues the Province is grappling with is the alarming rate of school dropouts and the increase in non-communicable Diseases around the province.

As a strategy to address some of these challenges in the short term, Premier Maka’a’s executive intervened to improve administration of Ward development grants by allocating 15% of all government Revenue towards Ward Development grants each year.

Seventy percent of these Ward Development Grants are allocated for identified capital projects in each of the 20 wards. So far, tangible results are being witnessed in Communities in the 20 wards.

Other improvements that were achieved over a period of two years is the consistent publicity of  government’s Budgets, financial statements, Public Accounts Reports, Reports from the Auditor General’s Office, and Public procurement processes and become public knowledge.