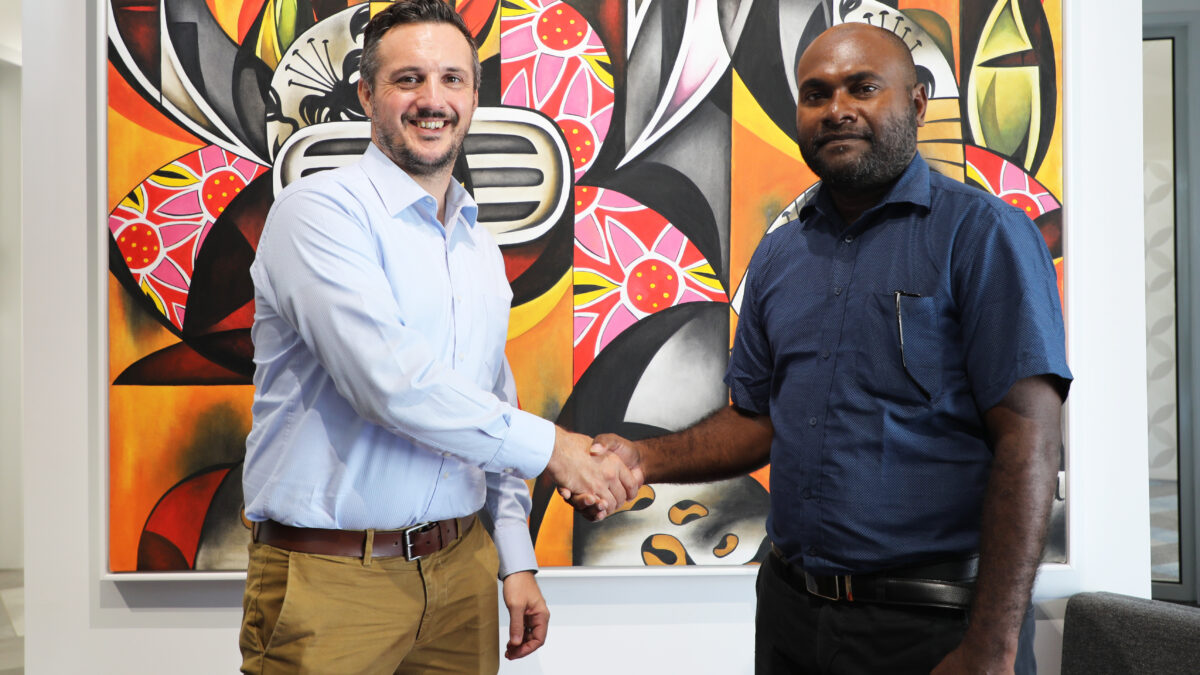 The Permanent Secretary of the Ministry of Rural Development (MRD) Dr. Samson Viulu today (Thursday 11th August 2022) had a fruitful roundtable discussion with His Excellency the British High Commissioner to Solomon Islands and Nauru Thomas Coward.

During the brief meeting, both the Permanent Secretary and the British High Commissioner discussed various potential areas of bilateral cooperation and support towards the ministry’s rural development priorities.

In his introductory remark, PS Viulu acknowledged H.E. Coward for the invitation and he said his ministry is looking forward to working closely with British High Commission in priority areas that require bilateral support.

PS Viulu also used the opportunity to inform H.E. Coward on his ministry’s priorities and goals and the current key reforms and policies that MRD is working on.

He said that the two top priority project areas of the ministry are; income generating and social and economic infrastructures.

On Constituency Development Policy PS Viulu told H.E. Coward that a task force has been established to provide guidance and design and development of the new policy.

“This new policy will help inform the review of the CDF Act 2013 and the development of the CDF regulation,” he added.

Other key reforms discussed are;

With the Monitoring and Evaluation (M&E), PS Viulu told H.E Coward that MRD is now working on establishing standardized reporting template for effective M&E of the CDF and possible donor-funded projects. This is part of strengthening the M&E work of the ministry.”

PS Viulu also briefed H.E Coward on plans to establish Constituency Development Centre’s (CDC’s) in the 50 constituencies with plans to audit the CDF but he said the ministry’s M&E is one of the priorities that need strengthening first.

“MRD is of the view that a stronger M&E will hopefully attract additional assistance from keen development partners to further develop our rural areas,” he added.

The Permanent Secretary also thanked the British High Commissioner for its continuous support towards the development aspirations of the Solomon Islands Government and its people and would like to see more exports of Solomon Islands high value crops to UK to boost rural development.

In response, H.E. Coward thanked PS Viulu for accepting his invitation to meet with him and to discuss on considerations that would influence future collaborative efforts towards rural development in the rural areas through MRD development programmes.

H.E. Coward said the reforms and priorities as highlighted by the Permanent Secretary Dr. Viulu are impressive and ambitious and wishes MRD all the success.

H.E. also informed PS Viulu that chocolate made from Solomon Islands Cacao is now being sold in one of UK’s most famous department stores, the HARRODS in London.

High Commissioner Thomas said that this is an example of the potential that Solomon Islands has in agriculture and that there are many other potential products that the country can export to UK, one is coffee.

H.E. emphasized the importance of diversifying development opportunities in the Solomon Islands as a positive way forward to engage more people in economic activities and in doing so empower locals.

He assured PS Viulu that his office will continue to discuss with MRD and would consider providing support where appropriate. 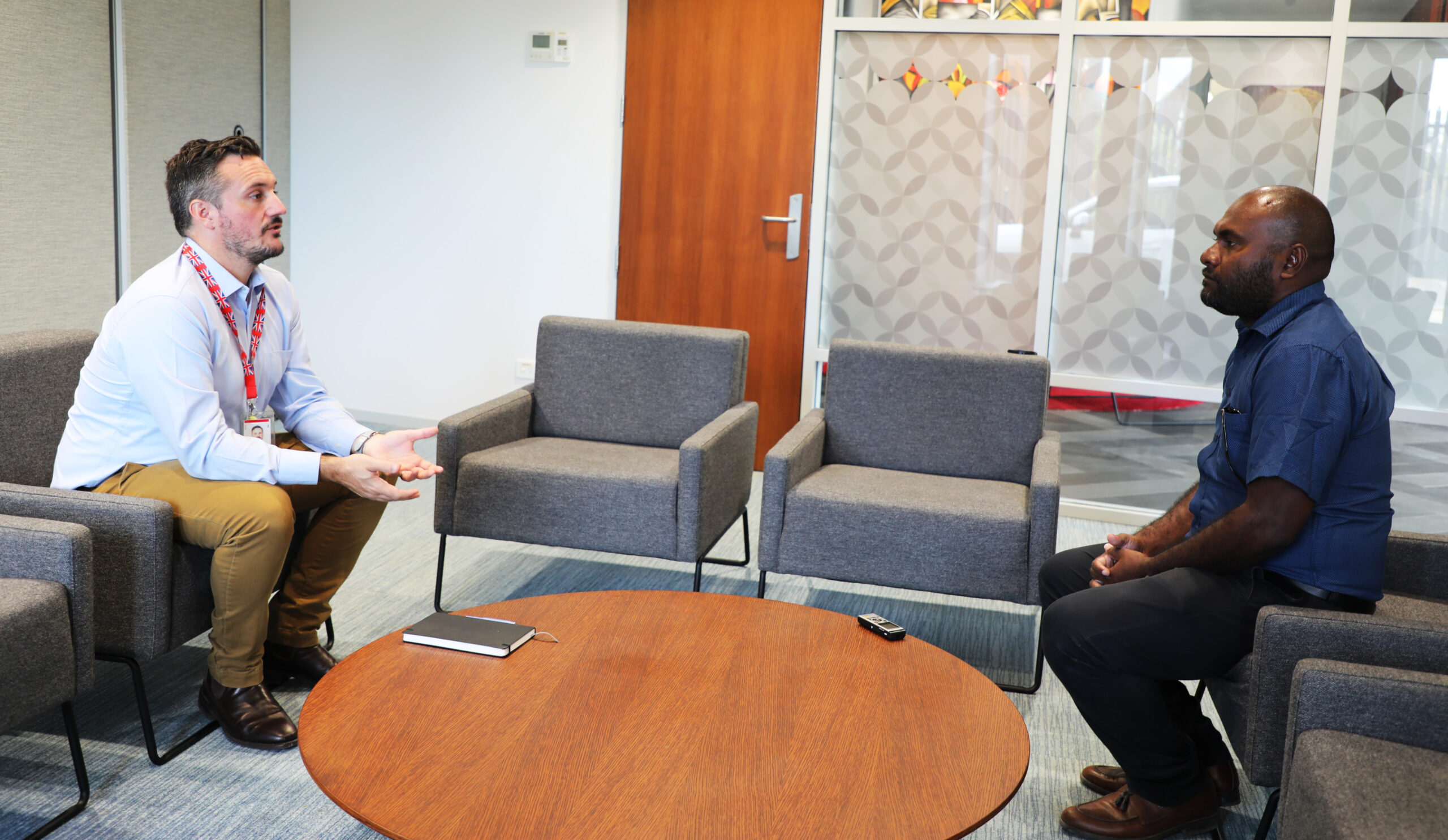