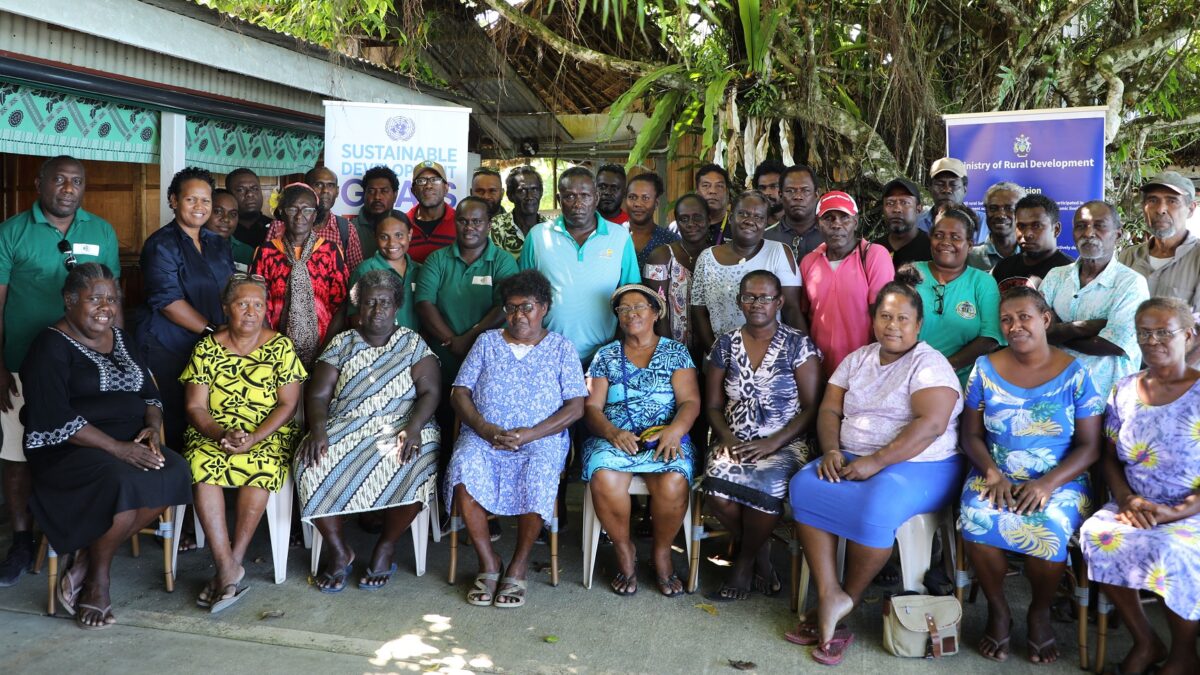 Government officials and participants during the opening of the first day of consultation.

The Ministry of Rural Development (MRD) has successfully conducted its two-days consultation on the first ever Solomon Islands Constituency Development (SICD) Policy at Munda, Western Province from 8-9 September, 2022.

It was a successful consultation as participants contributed constructively and completely with invaluable ideas and views towards this crucial policy reform undertaken by the government through MRD.

Recommendations from the consultations will assist MRD task force towards reforming constituency developments.

Participants expressed their support towards the undertaking and said that the consultation is a major step in the right direction as far as rural development is concern.

They said that having a robust framework to safeguard the use of CDF is of paramount importance to guarantee meaningful developments are realized in our constituencies.

Participants further expressed that a need for better safeguards, systems and processes and accountability frameworks to ensure Members of Parliament (MPs) and responsible officers are accountable for such public funds is significant and perhaps most importantly funds are actually utilized for its intended purpose. 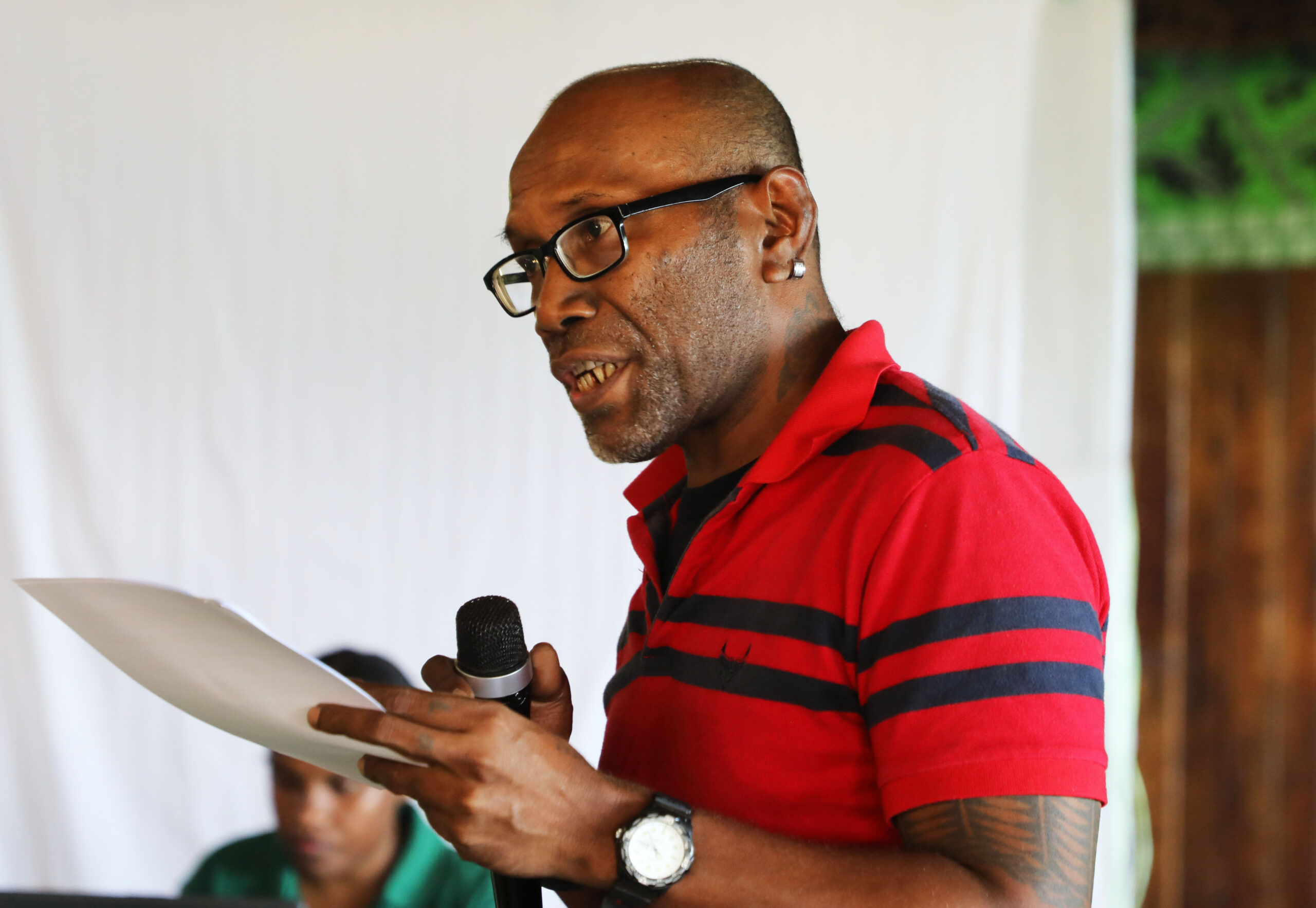 The participants were really happy to participate in the two-days consultation as CDF has been a major issue of development concern in their respective constituencies and communities.

Meanwhile, DST Hebala acknowledged the participants for their participation and helpful contributions during the course of the consultation.

He said recommendations and ideas gathered from the consultation will really help MRD as it embarks on reforming constituency developments to guarantee rural people meaningfully participates in social and economic activities to improve their livelihoods.

Mr. Hebala highlighted that the SICD Policy key goals are to support and provide a policy framework towards the review of the 2013 CDF Act; and it will enhance and contribute towards empowering all Solomon Islanders to participate meaningfully in constituency development activities to improving their livelihoods.

“This policy framework overall intends to guide the management and enhance the delivery of the Constituency Development Funds.”

Minister for the Ministry of Provincial Government and Institutional Strengthening (MPGIS) Rollen Seleso previously said the ruling Democratic Coalition Government for Advancement (DCGA) government remain committed to support the Ministry of Rural Development programs and activities that will have positive impacts on our rural population, promoting self-reliance and standard infrastructures.

He was speaking during the official closing of a similar consultation organized for Guadalcanal Province participants held at Kapten’s Point in West Guadalcanal last week.

Minister Seleso said that the SICD Policy is an important undertaking by the Ministry of Rural Development and is fully supported by the Democratic Coalition Government for Advancement (DCGA).

Both women and men’s representatives acknowledged MRD for giving them that vital opportunity to participate in the consultations discussions, where they can share their constructive ideas and views on the current CDF practices and recommendations to be included in the first ever SICD Policy.

SICD Policy is currently undergoing nationwide consultation with so far four provinces have been completed which include Isabel, Guadalcanal, Western and Central Province. 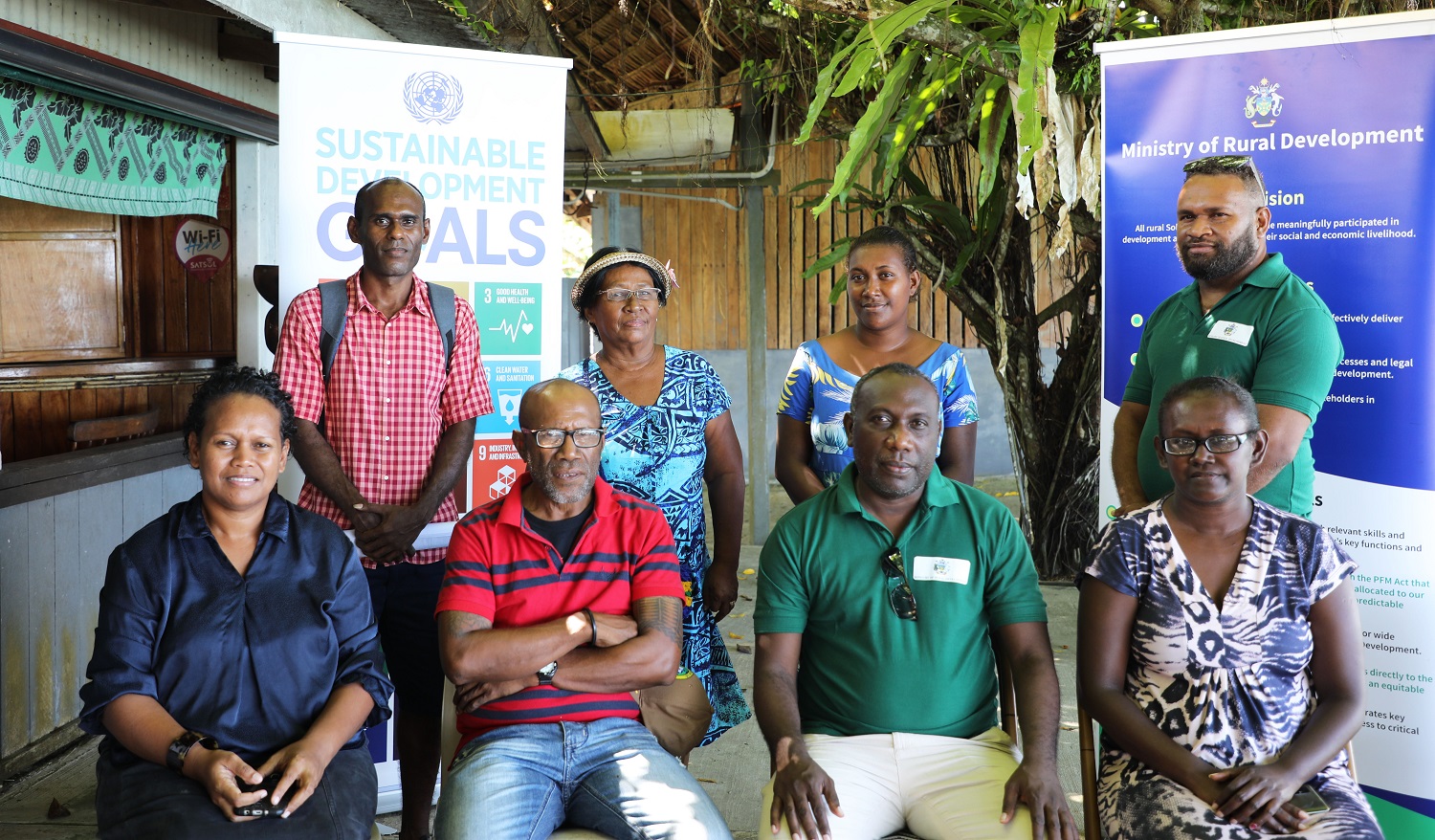 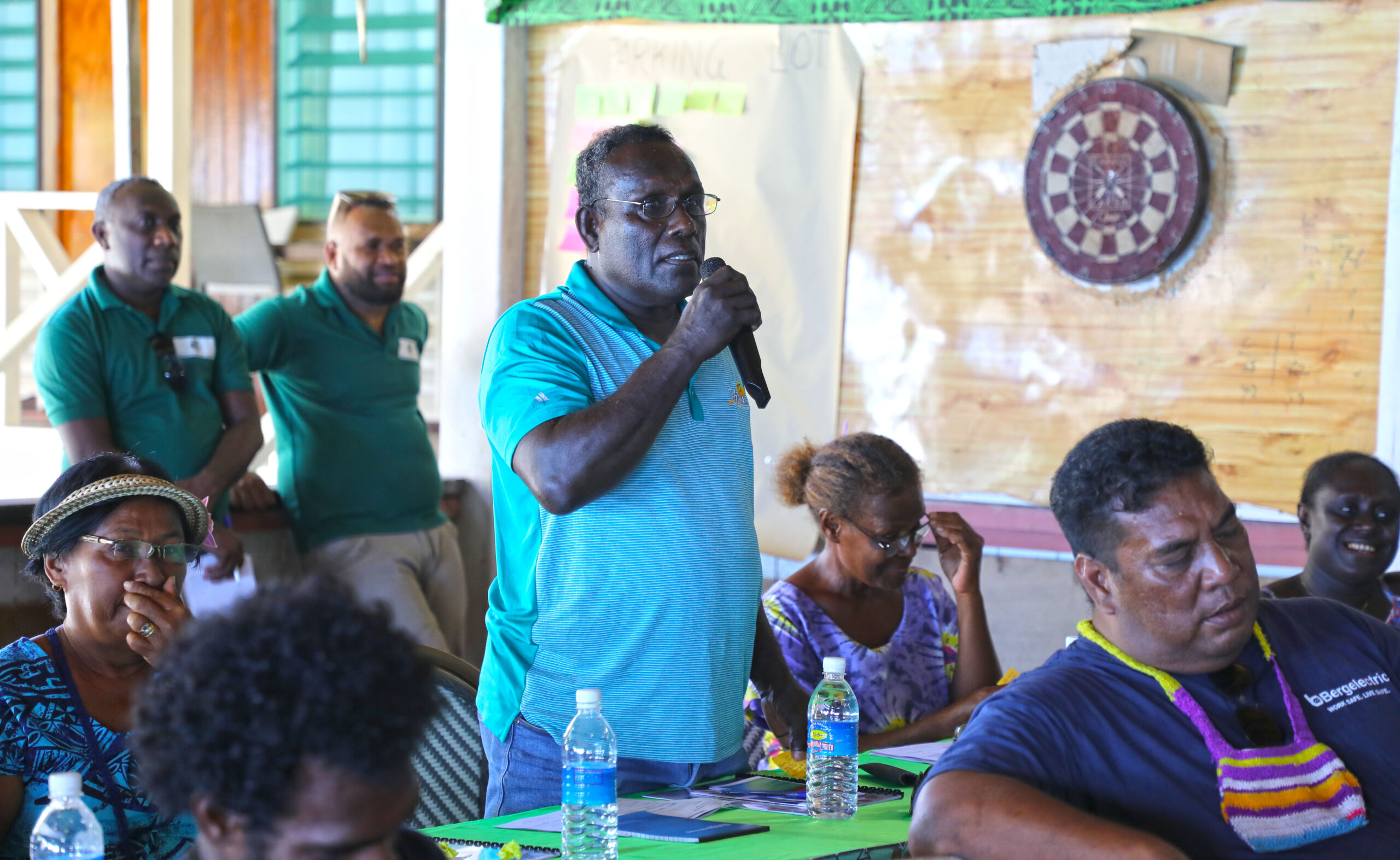 A participant raising a point during the consultation. 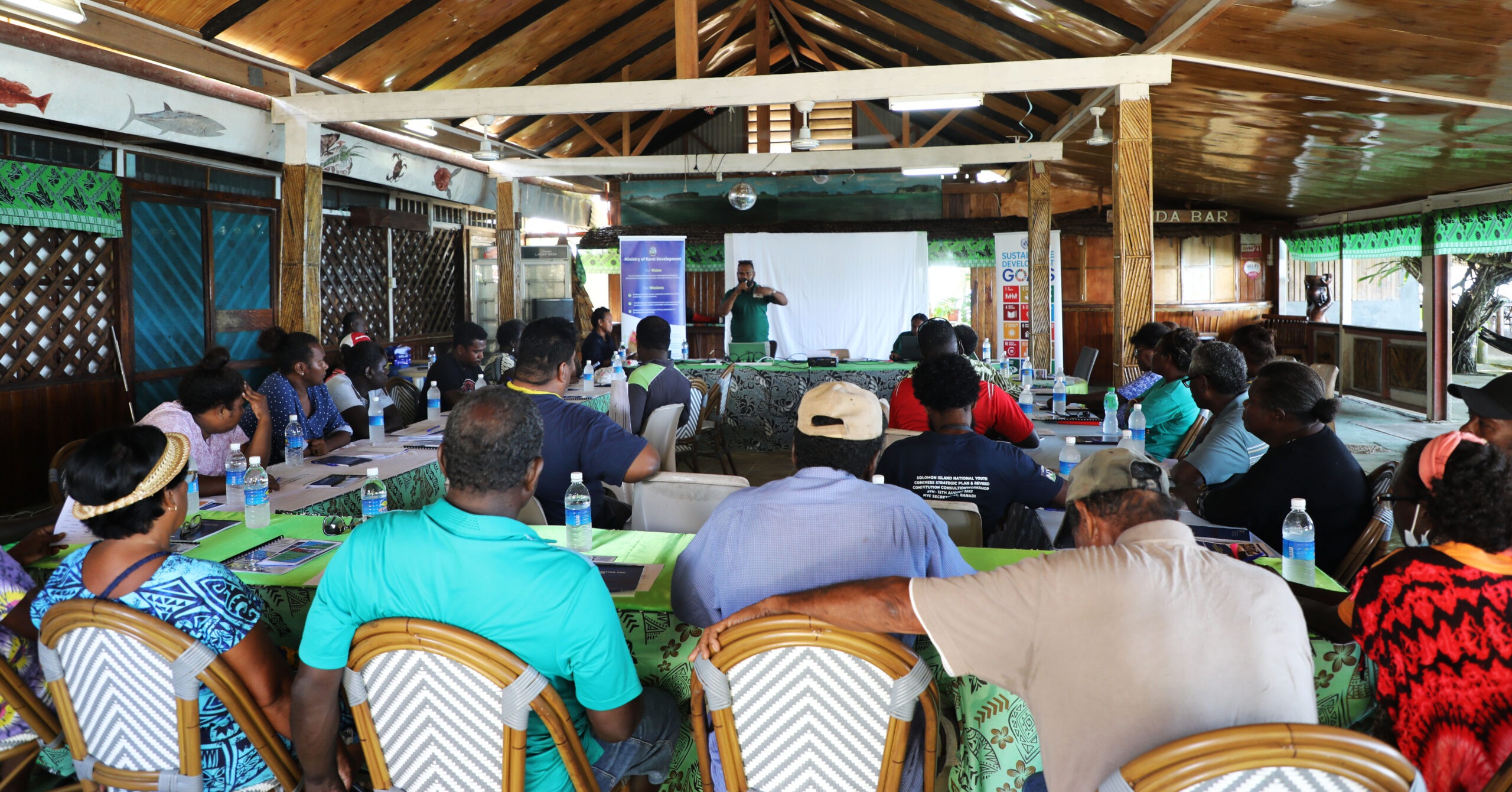 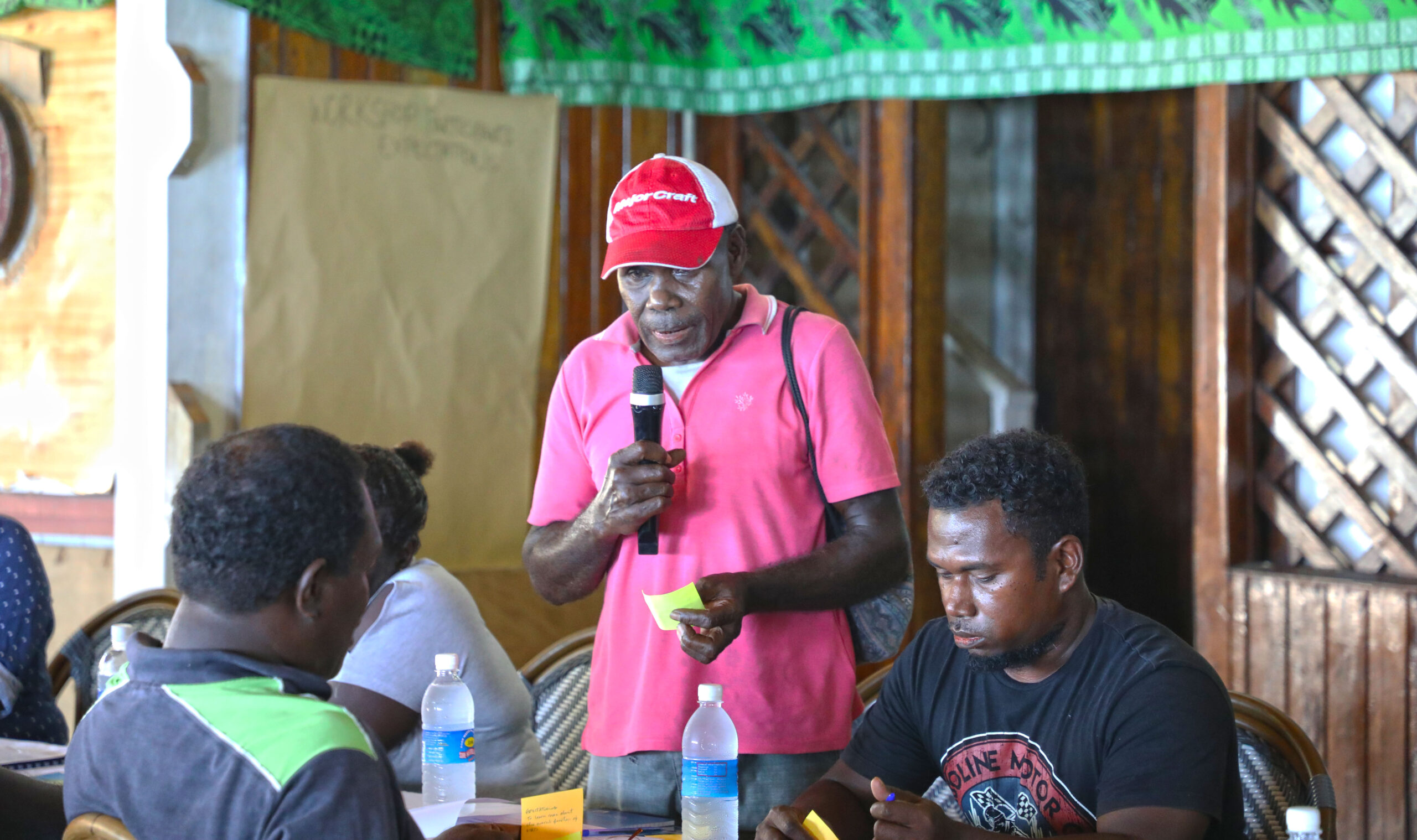 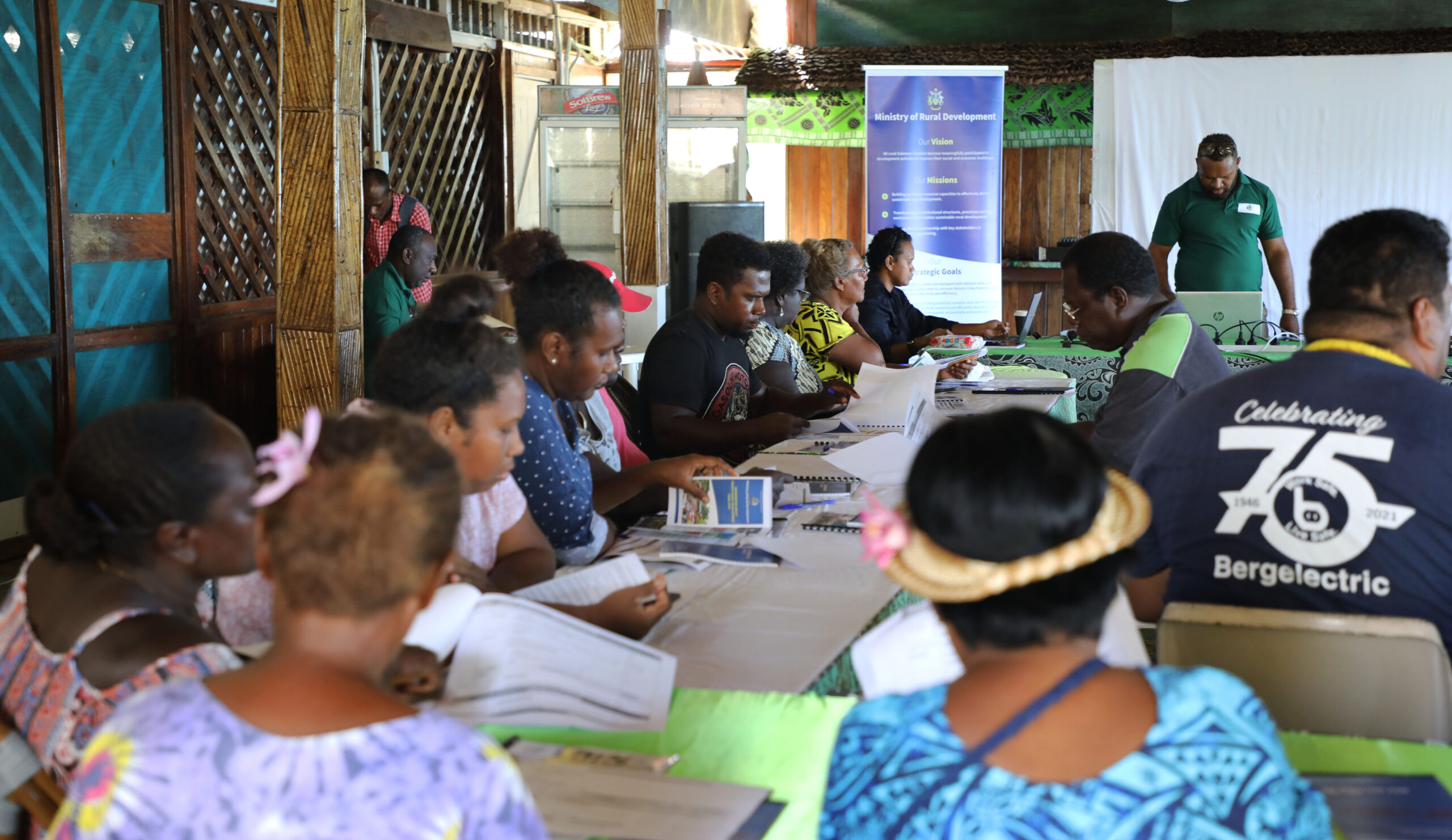 Participants during the consultation in Munda, Western Province.