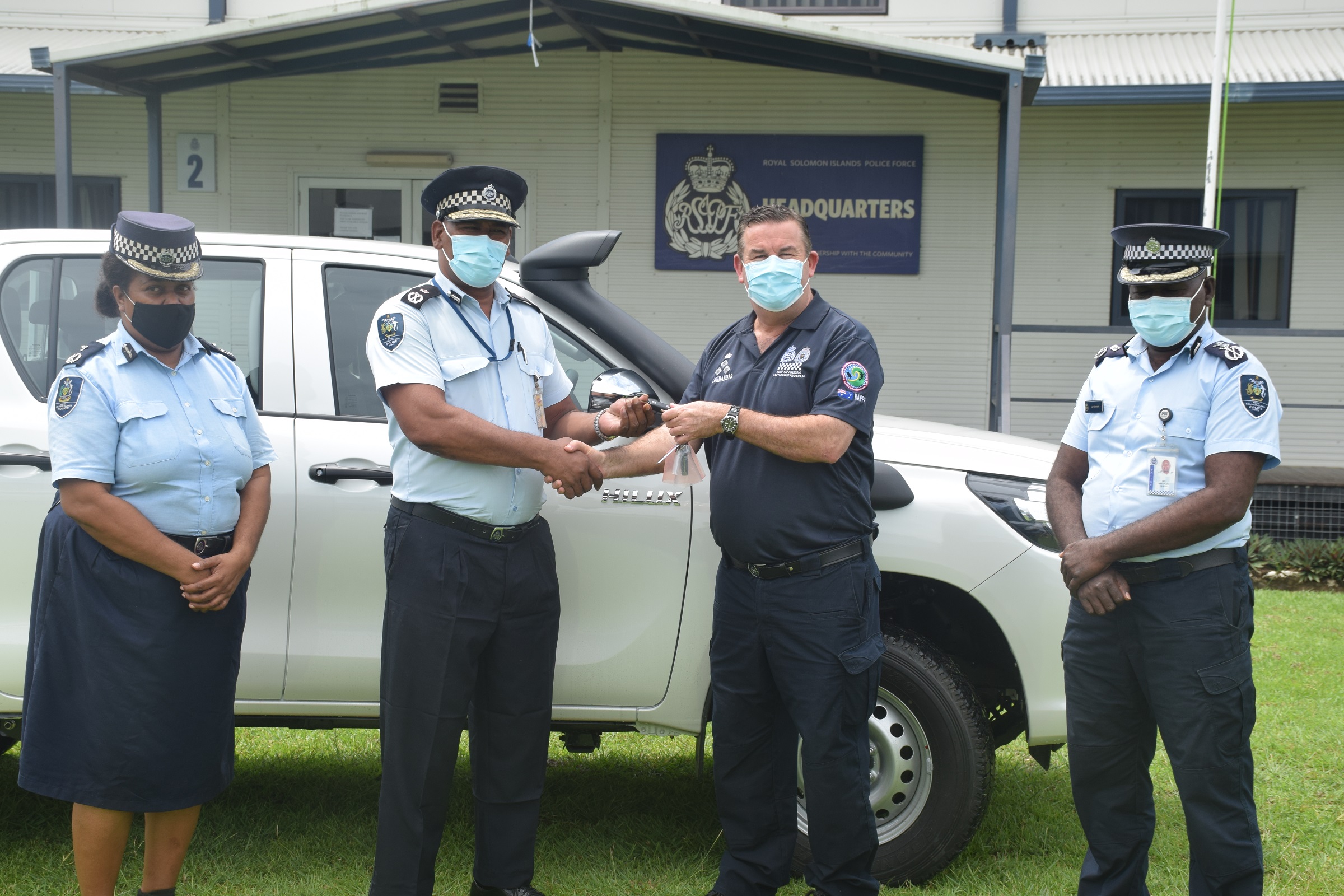 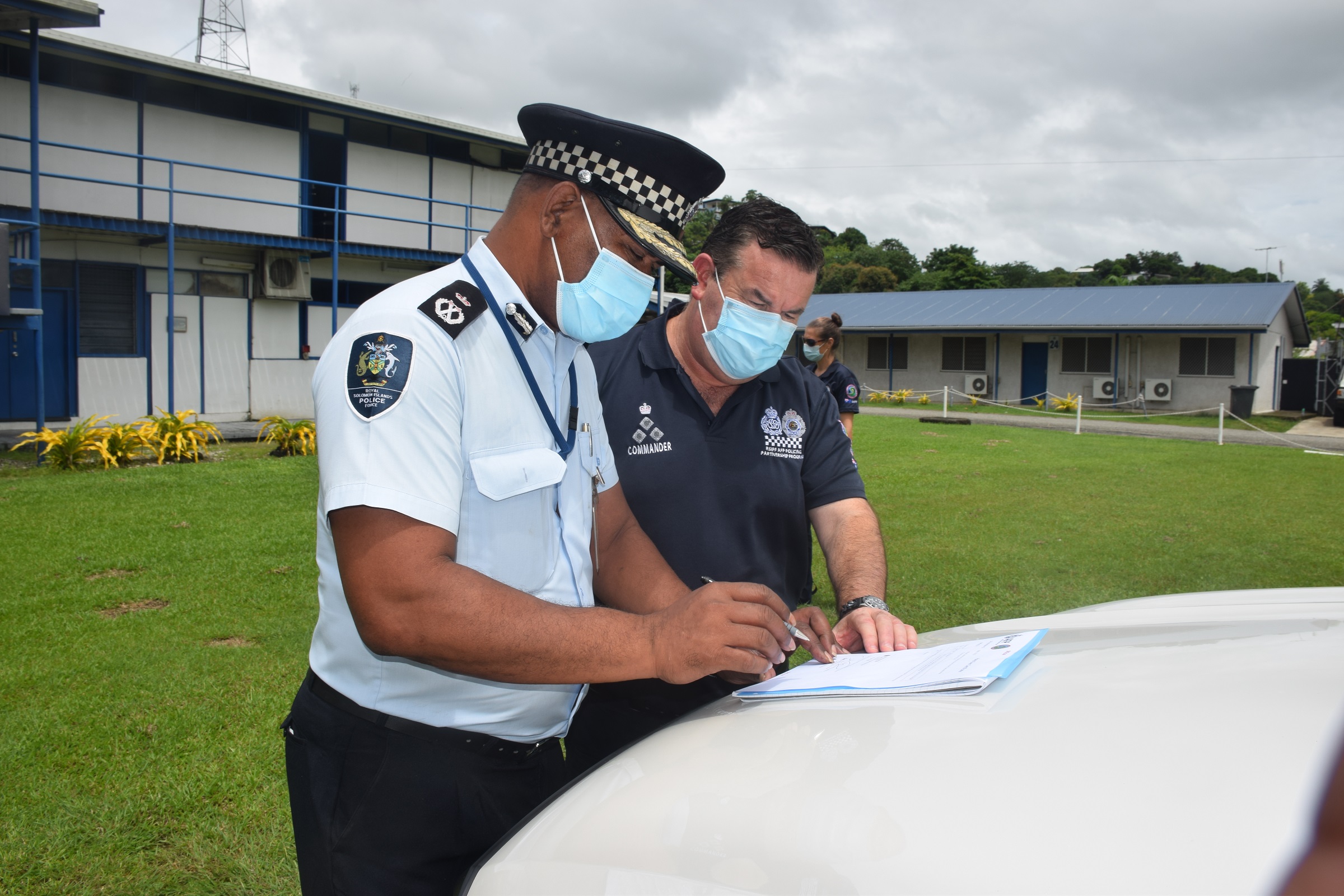 RSIPF Commissioner Mr. Mangau received the vehicle during a brief handing over ceremony at the Rove Police Headquarters, which was witnessed by RSIPF Executive and RAPPP officers.

During the gifting ceremony, RSIPF Commissioner said the Trans National Crime Unit under the National Criminal Investigation Department (NCID) will be boosted with the help from our RSIPF partner the new Toyota Hilux.

Commissioner Mangau said I am certain that it will improve the work of our officers working inside the unit. Please look after the vehicle and use it for its intended purposes. Visit the RSIPF vehicle policy as a guide on using the vehicle.

Mr Managu said I want to thank the government of Australia through the RAPPP for their great support to the RSIPF especially during this time of the COVID-19 pandemic.

The vehicle was gifted to the Trans-National Crime Unit (TCU) of the RSIPF this morning 7 April 2022.