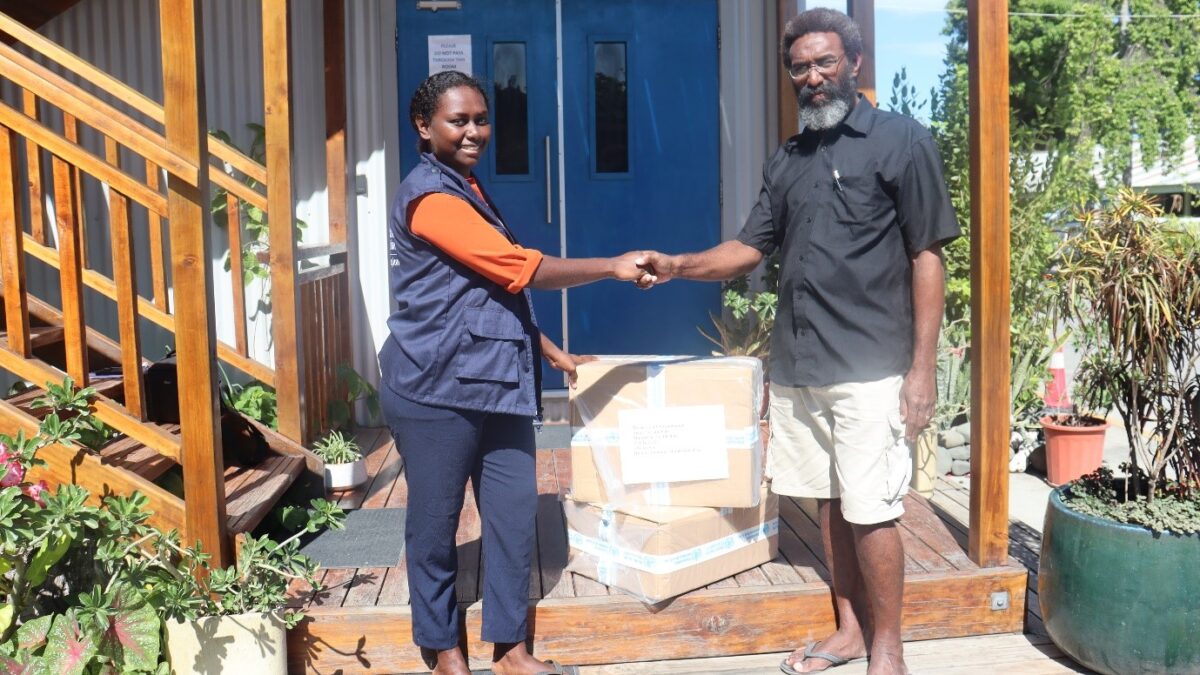 The Ministry of Health and Medical Services, National Tuberculosis/Leprosy Program gratefully receives anti-leprosy drugs to cover for the country needs for one year. The medication includes: 378 Blisters of MBA, 42 Blisters of MBC, 2 bottles of Clofazimine 100 mg provided by the World Health Organization (WHO) and delivered on Thursday last week.

In handing over the drugs, Ms. Lia Tanabose WHO SI Tuberculosis/Leprosy and HIV program public health officer highlighted that WHO is pleased to respond to the request.

“World Health Organization has identified leprosy as one of the neglected tropical disease and is committed to support countries in reducing leprosy burden globally. Delivering of the anti-leprosy drugs is one of the continuous supports WHO have towards the Tuberculosis/Leprosy program in the country.”

Ms. Tanabose explained that leprosy is an infectious disease caused by slow growing bacteria also known as mycobacterium leprae that can affect the nerve, skin, eye and lining of the nose. With early diagnosis and treatment, the disease can be cured otherwise it can become a serious threat to health and lives of our people.

It is therefore important for people to come forward to get medical examination and treatment once they see painless ulcers, skin lesions (flat pale areas of skin) and eye damage or dryness and reduced blinking. These can later develop into ulcerations, loss of fingers/toes, skin nodules and facial disfigurement may also develop”, explained Ms. Tanabose.

Dr. Henry Kako Director for National TB/Leprosy Program, in receiving the drugs highlighted that the leprosy program was introduced in 1985 and successfully eliminated by 1995. “However, today this infectious disease have been picked up again in parts of the country with Honiara, Malaita and Guadalcanal as hotspots.

Dr. Kako explained that one of the important components of the program is case management, and the country is fortunate to have Dr. Joseph Sangatu who specialized in Dermatology and an expert in screening and diagnosing of leprosy.

He added that the provision of the anti-leprosy drugs will greatly enhance work of health experts in the country to treat and stop the transmission of leprosy disease.

Dr Kako once again thanked WHO for responding to the Tuberculosis/Leprosy Program request and for their continuous support towards the country’s efforts in battling leprosy disease and looking forward for more cooperation and support from WHO as the program progress towards eradicating the disease by 2030.