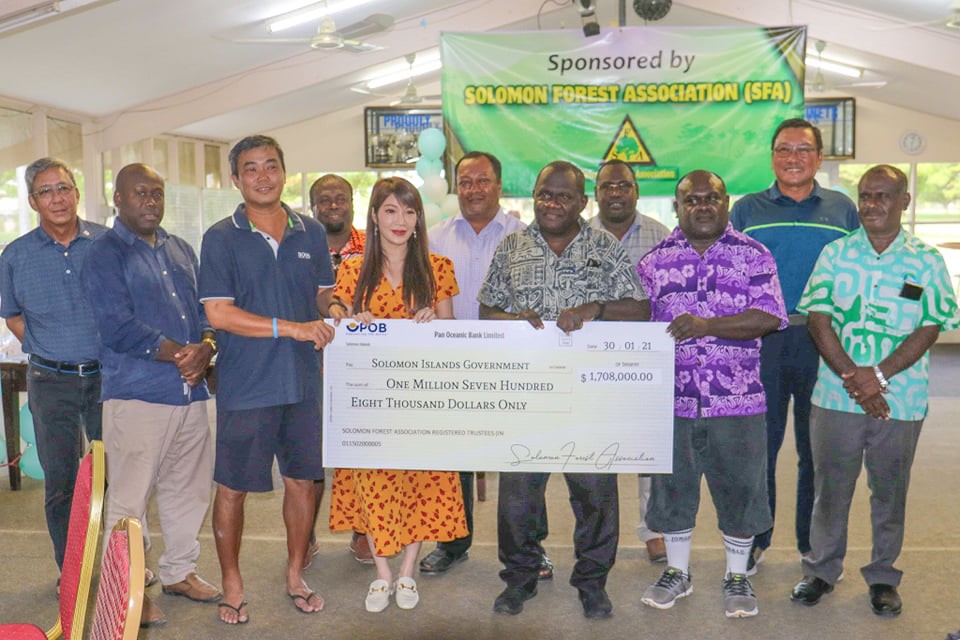 Chairman of the Govts COVID-19 oversight committee Mr. James Remobatu and cabinet ministers, PSs and the Attorney General Mr. Muria together with members of the SFA with a mock check of the donation.

The Government’s oversight committee responsible for the response, and implementation of the ongoing fight against the COVID-19 pandemic received a donation of SBD1.7 million dollars from the Solomon Forestry Association (SFA).

This was a result of a golf tournament organized and sponsored by the Solomon Forestry Association (SFA) in Honiara recently.

As part of the golf tournament, members and supporters of the SFA raised funds and announced the donation during a handover ceremony at the gold club over the weekend.

“On behalf of the committee, the Government and people of Solomon Islands, I express my most sincere gratitude to the Solomon Forestry Association, its members, supporters and stakeholders.”

Mr. Remobatu  stated that at such a time when the government encourages the nation to be united against the pandemic, “such support is a perfect reflection of the cooperation that the country needs.”

According to Remobatu, the funds donated will go towards supporting the “tremendous work currently done by different government machineries responsible to deal with issues surrounding the fight against the corona virus.” 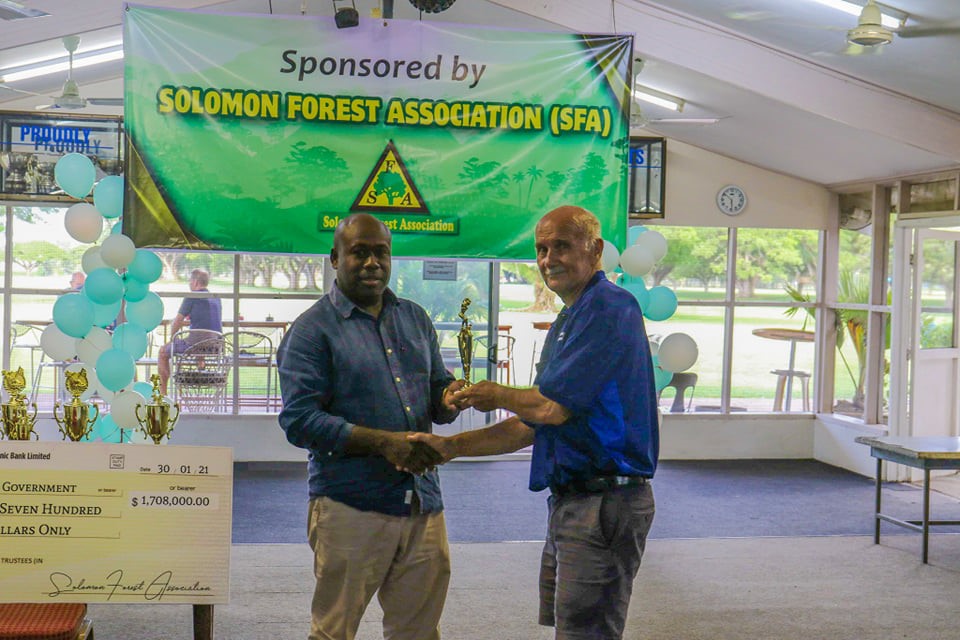 Hon. Anthony Veke congratulated a golfer who took part in the charity tournament organized by SFA.

The Oversight Committee is grateful to the SFA for its continuous support to the committee and the Solomon Islands Government in the fight against Covid-19.

“The SFA has also assisted the oversight committee and the Solomon Islands Government in the past, in funding hotel accommodation for some of our students in Manila in the past and in assisting SIG to work on repatriating  students back to the country,” Mr. Remobatu stated..

“This current contribution from the SFA will further go towards assisting the government to meet some of its covid related costs,” he said.

The Chairman also conveys the committee’s appreciation to the management of the golf club in facilitating the hosting of the fundraising golf tournament and the handover ceremony.

The Chairman further acknowledges other stakeholders and supporters towards the Government’s fight towards the ongoing corona virus pandemic.

The DCGA through the COVID-19 oversight committee is fully committed to the fight against the entry and spread of the coronavirus in the interest of National health, safety and economic stability.