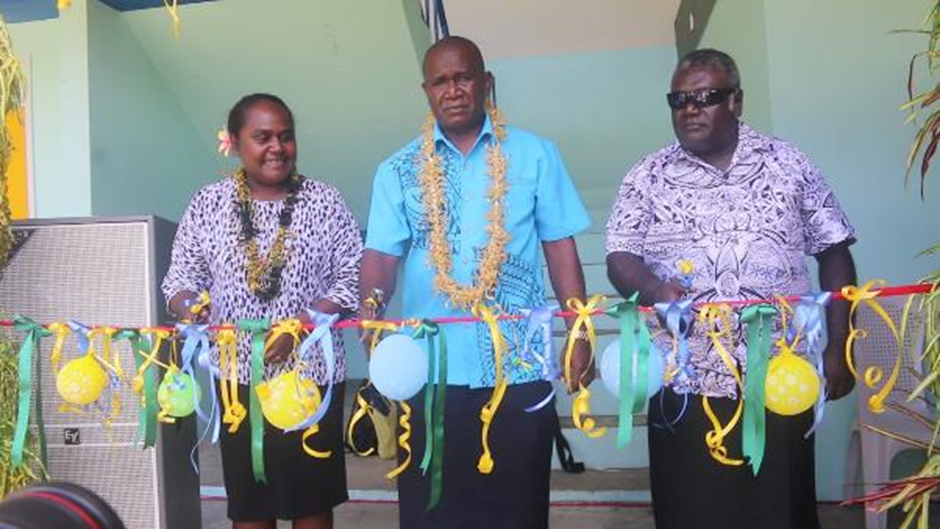 The Lengana classroom project was funded through the Provincial Capacity Development Fund (PCDF) administered by the Ministry of Provincial Government and Institutional Strengthening.

Since 2008, the PGSP has delivered more than 1,300 infrastructure projects, costing around SBD280M for the Nine Provinces, creating more than 7,000 jobs. More than 50% of the projects are in the sectors of administration, education and health.

As a teacher herself, Mrs Tanagada expressed her excitement to join the event at Lengana because of her love for students and the teachers who will directly benefit from the new facility.

She said the donation of the school facility by the National Government through the PGSP and implemented by WPG will certainly add impetus on the ever quest to ensuring that there are doors of quality learning facilities and opportunities for our children in this ever changing world.

“It is our desire and determination to improve the potential of every school age child of our country by ensuring that their rights to basic education is fulfilled. The new classrooms will certainly go a long way in increasing access to education for the students in this region of Western Province,” Mrs Tanagada said.

The Education Minister said the completion of the modern classroom is in line with her Ministry’s goal to support school infrastructure projects in the country so that students can learn in conducive learning environments.