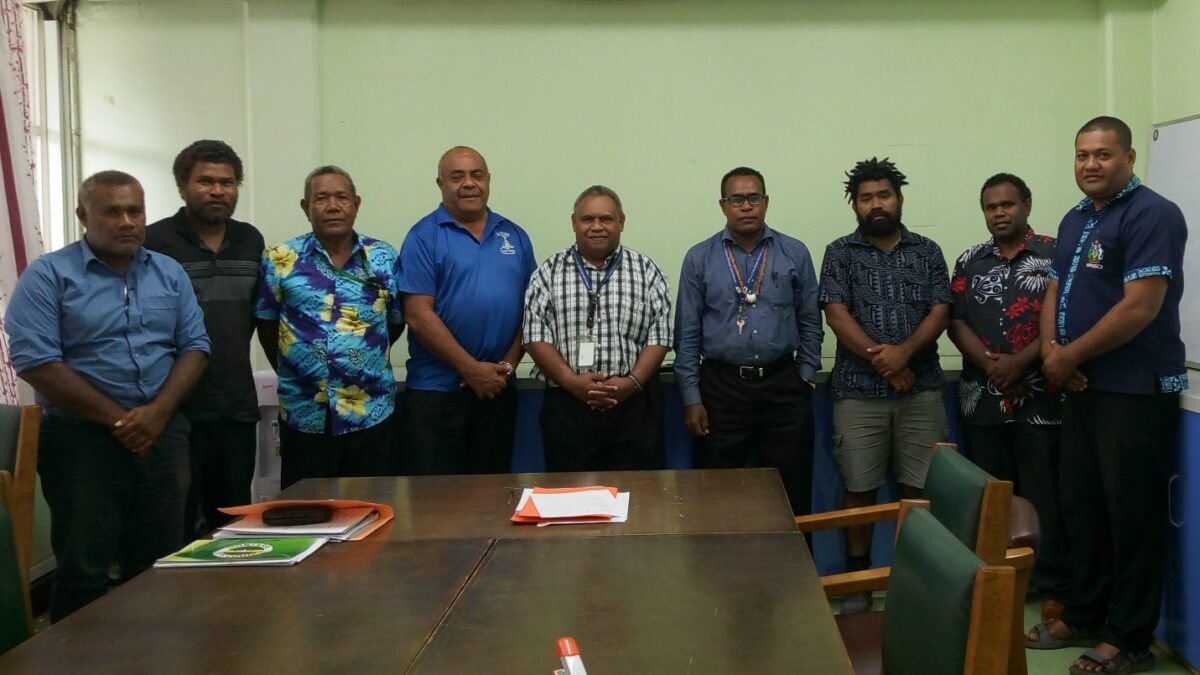 Officials of the Cluster group 3 including Protocol, Liaison and Media during the meeting this morning

Government Services Integration Committee (GSIC) Ministerial Officials in Cluster Group 3 on Protocol Liaison and Media for the Pacific Games 2023, met for the first time yesterday in the Office of the Prime Minister and Cabinet, to discuss their proposed work plan and activities for the upcoming Pacific Games 2023.

The Statement added that these Ministries deal mainly with Protocol, Liaison and media work, associated with the Pacific Games 2023.

“Protocol, Liaison and media work are so important that advance planning and preparatory work must start now, to ensure we have a successful Pacific Games 2023”. According to the statement.

The statement says Solomon Islands will receive thousands of visitors, including, Ministers of Government around the region, Sporting Federations and Athletes, visiting Solomon Islands, and such we must provide the level of Protocol services and liaison work required of our dignitaries and visitors.

The statement adds that apart from Protocol, we will also need liaison officers, drivers and escorts, as well as thousands of volunteers who may be required to work during the Games. As the host country, we have to provide these services.

Furthermore, the Ministry of Infrastructure and Development as well as the Royal Solomon Islands Police Force also have an important role in ensuring   traffic arrangements and escorts services for the VIPs are in place and facilitated. These were also discussed and reviewed during the meeting.

The statement from GSIC secretariat added that there were also suggestions for involvement of Public Servants to assist during the games, and their level of involvement. This will be further discussed with the Games Organizing Committee, and the National Hosting Authority, as well the Ministry of Public Service and Solomon Islands government.

The statement adds that Honiara City Council as the host city will also play an important role in welcoming our visitors to Solomon Islands during the games.

Meanwhile, the GSIC Secretariat noted the progress of work done to date, and plans in place, and encouraged Ministries and Honiara City Council to continue on their work and commitment in undertaking the tasks and responsibilities assigned to them in preparation for Pacific Games 2023.

The secretariat also called on support and understanding of all stakeholders, including Honiara City residents, Business Houses and Community to support the work of these Government Ministries as they embarked on their important tasks.

The Cluster Group 3 Ministries are part of the eleven Cluster Groups where Ministries have been assigned to different functions and responsibilities to perform and support the Games Organizing Committee, the National Hosting Authority, and the Government to successfully deliver the Pacific Games in 2023.