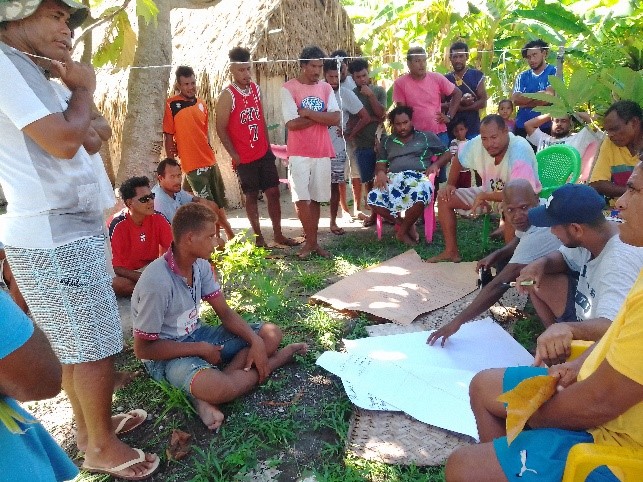 A Fisheries team has completed its second consultation meeting with two communities in Ontong Java Atoll to develop a management plan for their sea cucumber fishery on Saturday 15th May 2021.

This follows the initial consultation that was held at the Lord Howe settlement in Honiara earlier this year.

The team was led by the supervising Deputy Director (Inshore), Ms Ivory Akao and held consultations with the people of Luanuia and Pelau communities who turned out in good numbers to attend the consultation meetings. 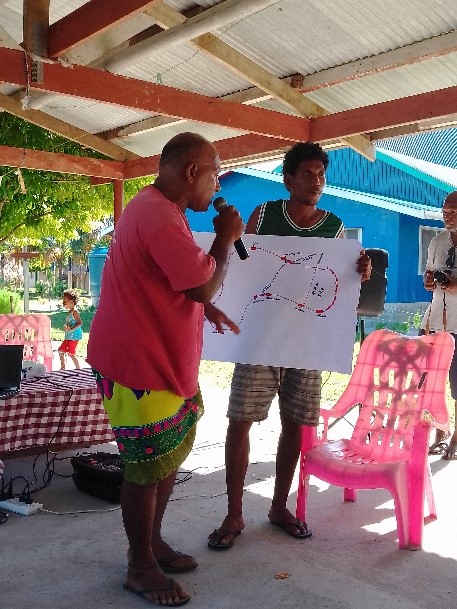 An elder explaining how this proposed management plan will be implemented by the community.

The consultation meeting was a step towards developing a Sea Cucumber Management Plan for the atoll islands. This plan as required in the Fisheries Act, is important as it would enable the Lord Howe atoll to have sustainable harvesting regimes and for the communities to export and get higher value for their beche-de-mere products.

During the consultation with the Luaniua community, most of the community members welcome the idea of developing a management plan for their sea cucumber fishery.  However, this did not go well with one of their Chiefs, who claimed that the priority issue for the Government should be to address the food shortage experienced in the islands. The Chief claimed that to address this food shortage, the beche-de-mere ban should be lifted, so that people can harvest and buy food for their families.  The MFMR team will continue to dialog with the community, as the aim of the management plan will address both socioeconomic needs of the community based on the sustainability of the resources.

The outcome of consultation with the Pelau community was different. The initiative was received gladly by their House of Chiefs and community and the importance of having a community sea cucumber management plan was highly considered. 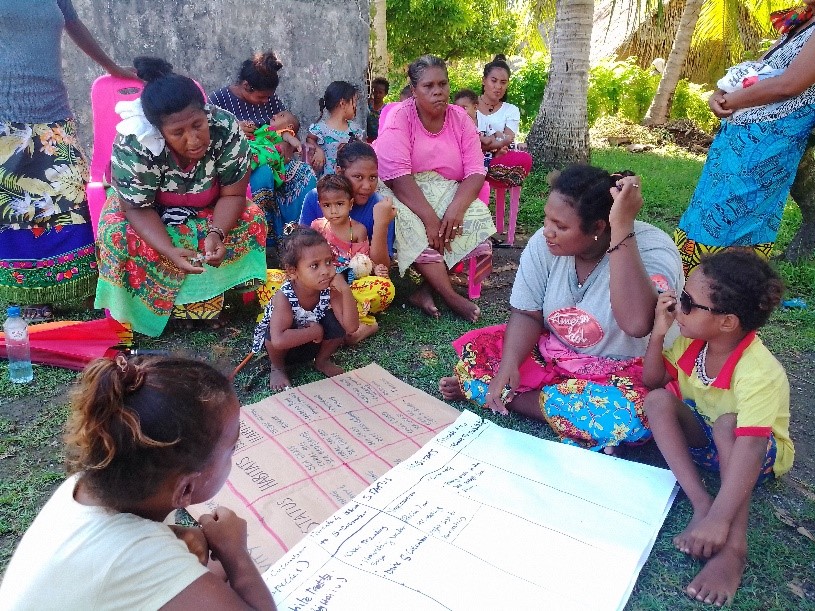 Women are equal partners in development and as seen here they are actively involved in the discussions on how best they would manage their beche-de-mere fishery. Photos by Ivory Akao

Chief Christian of Pelau emphasised the importance of Pelau to develop their community sea cucumber plan with the support of MFMR. He stated that this is the only way for people of Pelau to be legally allowed to harvest sea cucumber.

The people and Chiefs of Pelau agree with the initiative and has started providing inputs for their sea cucumber management plan during the consultation.

Ms. Akao highlighted that the input for the management plan will come directly from the community. MFMR will only provide technical support and facilitate the endorsement of the community plan, ensuring that it aligns well with the Fisheries Management Act 2015.

MOI Task Force chairman Lawrence Makili thanked MFMR for reaching out to the communities, listen to the issues faced in regards to the current ban, and get their views for the sea cucumber management plan. Mr Makili looks forward for more collaborative work between MFMR and the two communities.