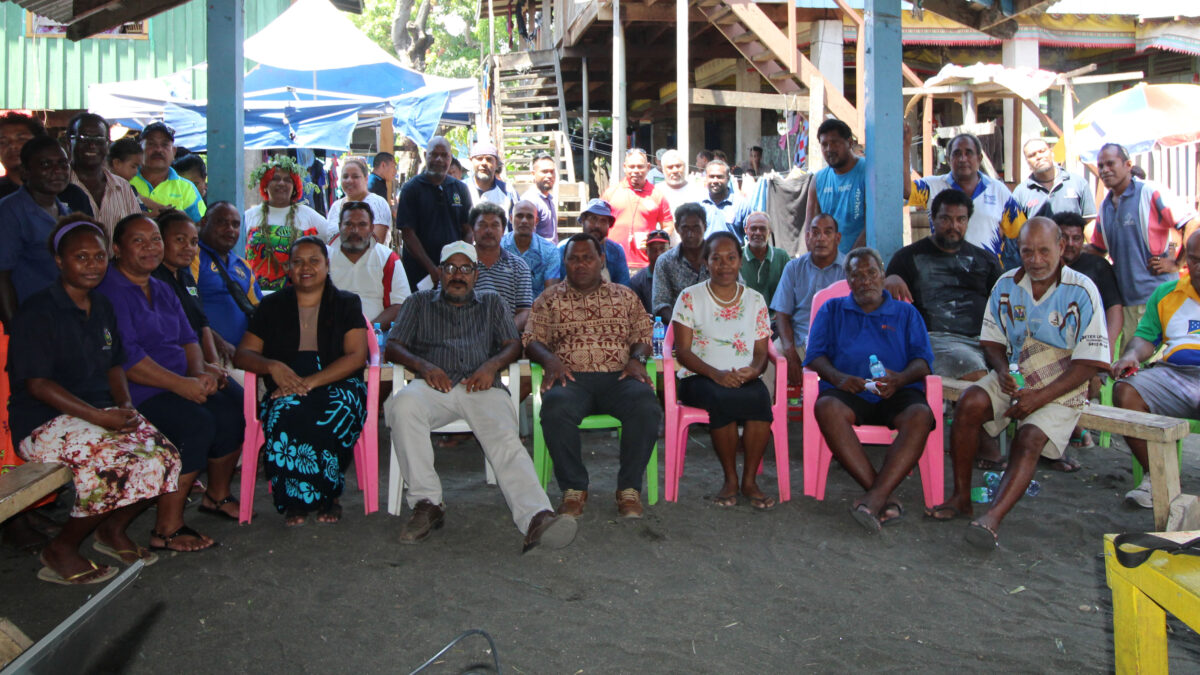 A joint one day consultation meeting co-hosted by the Ministry of Fisheries and Marine Resources and World Fish for people of Malaita Outer Islands (MOI) has concluded with all parties agreeing to work together to develop a management plan for sea cucumber (beche-de-mere fishery) for Lord Howe group of islands.

This came about following a request from Malaita Outer Island’s task force to develop a Management Plan for their people on Luangiua and Ontong Java Islands.

Unsustainable harvesting of sea cucumber (bech-de-mere) gave rise to the need to come up with a management plan to ensure this resource is managed properly.

On Monday this week a team from the Ministry of Fisheries and Marine Resources led by the Director of Fisheries Mr Edward Honiwala, conducted a consultation meeting at the Lord Howe settlement in Honiara which was attended by elders from the community those who are involved in the beche-de-mere trade.

Speaking on the occasion Mr Honiwala said this consultation meeting is an important step towards developing a sea cucumber management Plan which was requested by the MOI Task Force Committee in a meeting with MFMR last year.

He said Lord Howe Islands has very small land mass and depends on its coastal marine resources for livelihood but with increasing population it has put pressure on the resources.

“With increasing population, impacts of climate change and sea level rise, it affects the people in the Islands. On that note, the Ministry has seen that Lord Howe people are strong to face the realities they have and it is important we work collaboratively to address the issues faced,” he told those who attended the meeting.

He said the Ministry of Fisheries through the Community Based Resource Management (CBRM) Section within the Inshore Fisheries Division has worked with interested communities to develop community based fisheries management plans.

The Fisheries Director also used the occasion to explain to the participants the reason(s) why the ban on harvesting and export of beche-de-mere is still in force.

He said export data and the stock assessments have indicated the beche-de-mere fishery is highly exploited and overfished.

Stock assessment surveys undertaken by fisheries officers have shown a decline in the volume of exports over four open seasons since 2013.

The Fisheries Director also pointed out that data collected have shown that low value beche-de-mer species accounted for the largest quantity of beche-de-mer export for all the four harvest periods.

He stressed that these are strong indicators that the fishery is heavily fished and this is why the national ban is still in place.

“The national ban is important to ensure the fishery recovers again so that it will continue to contribute to the socio-economic needs of all Solomon Islanders,” Mr Honiwala said.