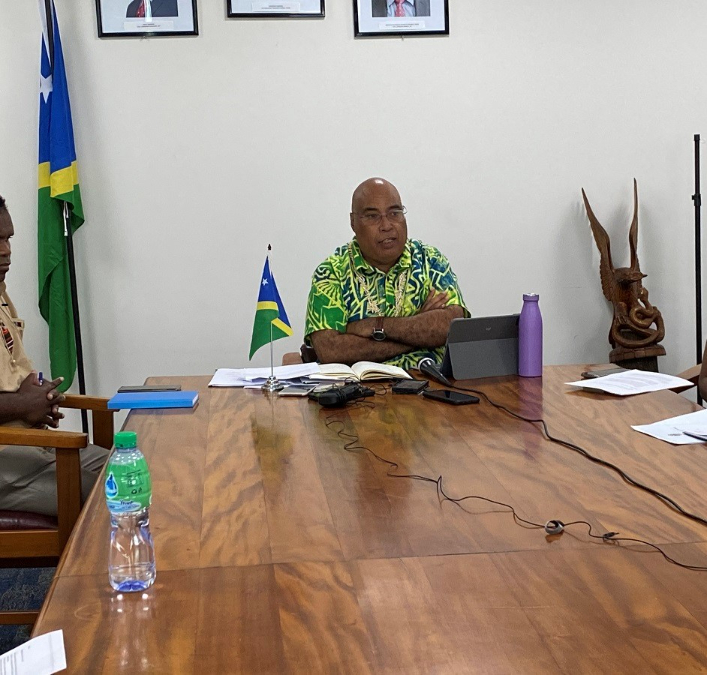 THE Ministry of Foreign Affairs and External Trade remains steadfast in committing up to 5,000 workers into the Pacific Australia Labour Mobility (PALM) scheme by the end of 2022, with further opportunities from New Zealand on the horizon.

The total figures for both countries now stand at 4,547 workers with Australia the most sought after with 4,135 workers, and 412 Solomon Islanders now employed in New Zealand.

Permanent Secretary of the Ministry of Foreign Affairs and External Trade, Collin Beck emphasized the government’s intention of reaching the 5000 target into the Australian market by the end of the year.

Permanent Secretary Beck said New Zealand with its Regional Seasonal Employer (RSE) scheme has come on board with 156 workers going there soon.

“We keep on mobilising more numbers as we go on and its almost becoming a weekly activity,” he explained.

Some Pacific Island countries are looking at regulating the number of workers sent overseas under both the PALM and RSE due to concerns on the bearings it would have on their domestic economy.

Mr Beck, however said Solomon Islands is not putting any limit to its workers travelling abroad.

“Every country in the region are different, we have different levels of development, in our case we have basically around 20,000 youths looking for jobs every year.

“Our growth is also not keeping up with our development needs, we just need to work on creating more jobs within, until that happens, we will continue to take advantage of these opportunities and move in an uncapped way.

Director of External Trade, George Tuti also revealed that talks with New Zealand are ongoing with the option of expanding into other sectors apart from the horticulture sector where bulk of our local workers are involved in.

Meanwhile, as the number of workers going overseas under both schemes increase, the cases of workers absconding have also increased, an issue that MFAET is currently working on to address.

“Despite these issues, our here to work ready brand remains intact. Our increasing number of workers overseas is because of the good work that the rest of our workers are doing,” PS Beck stated.