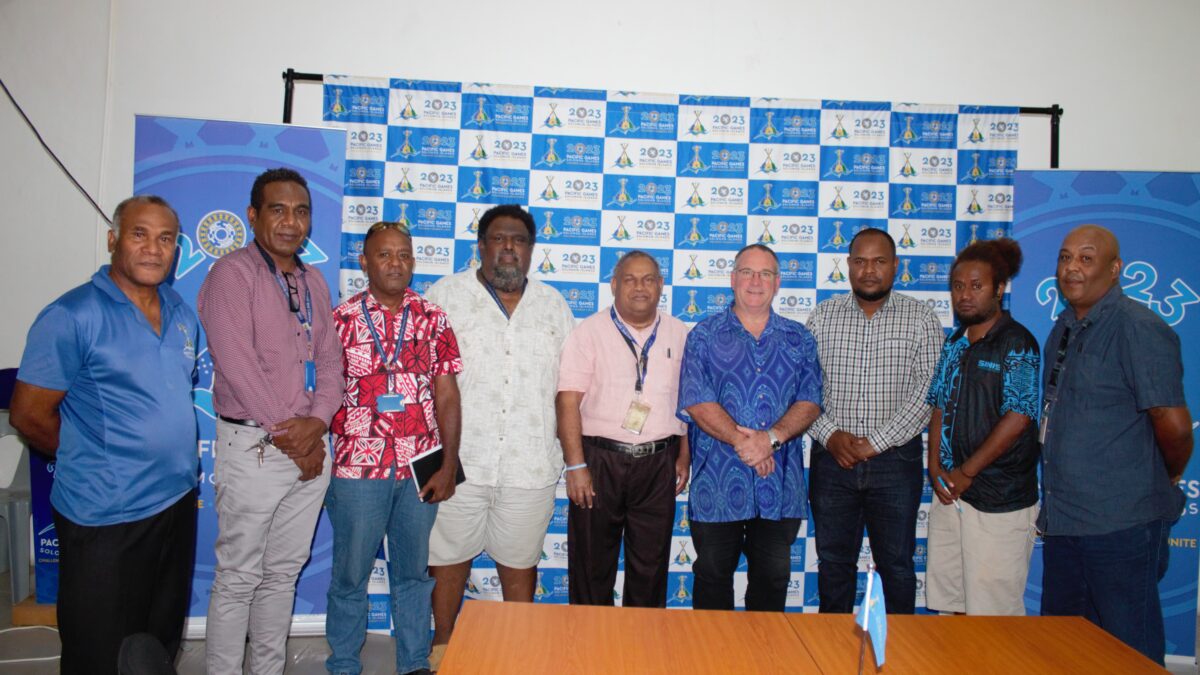 A pool of media officials recruited to support the Pacific Games 2023 delivery have established greater understanding on their specific roles and responsibilities during a meeting at the Games Organising Committee (GOC) head office in Honiara today.

Organised by the Government Services Integrated Committee (GSIC) in collaboration with the GOC and the Solomon Islands Institute of Sports (SINIS) media branches, the meeting noted the significance of proper coordination between the media branches to prevent duplication of roles and responsibilities in supporting the games.

At the meeting, Chief Executive Officer of GOC Peter Stewart outlined the various roles and responsibilities of the GOC media branch which is ongoing during the preparation stages leading up to the actual Games event.

These included awareness on the games preparations through various media platforms, community engagement programmes, updates on venues and facility progresses while messaging on the actual games and general information for visiting athletes, the media, the public and international audiences are in progress.

Mr. Stewart also informed the meeting of plans towards accreditation of visiting overseas media and the development of the games manual reporting guidelines for journalists as well as broadcastings rights.

Other issues on the media and communication budget, which, is funded by the Government and others were also discussed and clarified with greater understanding.

Chair of the GSIC, Bernard Bata’anisia of the Prime Minister’s Office who facilitated the meeting also discussed and clarified the Government’s support services toward the Games and, specifically, highlighted the Safe and Green Games Initiative, which, has a special committee to administer.

Director of the Government Communication Unit (GCU), George Herming commended the meeting, noting, that his Office will pool together resources and media personnel from the Government to provide support services to the GOC and SINIS media branches to advocate for the games and other games related activities.

“We are excited about current communication plans established by GSIC, GOC and SINIS media branches and we look forward for more coordination and collaboration to advocate and to raise awareness to the public for the successful delivery of the Games,” Herming said.

The meeting acknowledged that the various PG23 media and communication branches play vital roles in providing relevant and appropriate information to the mainstream media, stakeholders, the general public and also supporting the promotion of Solomon Islands as the host country and a potential investment destination.