MECDM farewelled one of its long serving senior staff 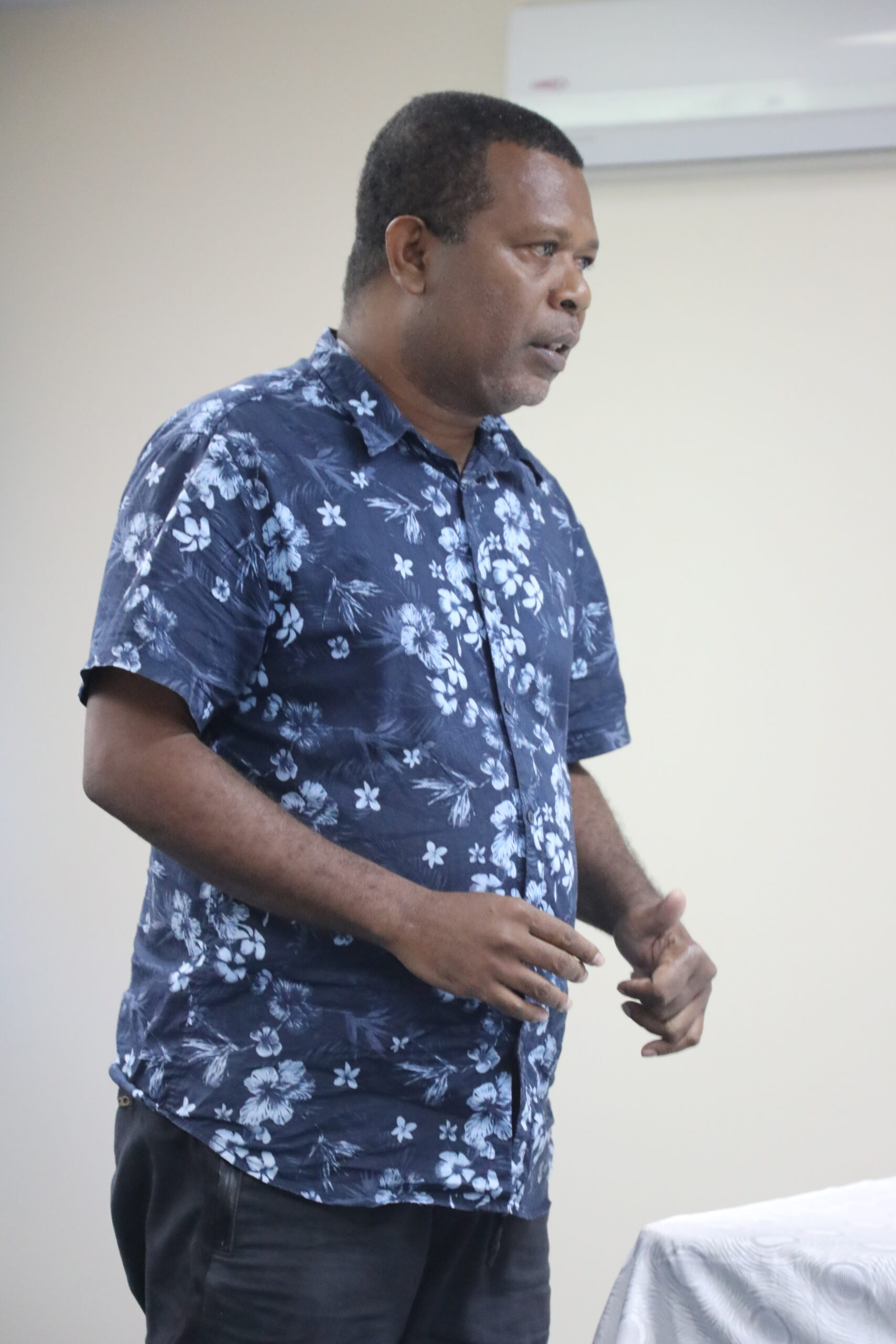 The Ministry of Environment Climate Change Disaster Management and Meteorology bid farewell one of its long serving staff on Tuesday 27th July 2022.

Mr. Hudson Kauhiona joined the Ministry back in 2005 as Senior MET officer. He was one of the pioneer staff as Deputy Director of the newly established Climate Change Division (CCD) in 2008. He later become the Director of the Division in 2018, a post he held until his resignation this year.

Speaking on behalf of the of the Ministry, Permanent Secretary Dr. Melchior Mataki said accepting the resignation of Mr Kauhiona has not been an easy decision because it is going to be a loss to the Ministry and the Climate Change Division.

“But in knowing that in whatever capacity each and every one of us serve at, we are doing it for service of this country. In addition, new job will also support the ministry on its overall mandate of promoting safeguards and climate resilience. These considerations have been the driving force behind endorsing Mr. Kauhiona to pursue his wish to take up a new job with the DFAT funded Solomon Islands Infrastructure Programme” PS Mataki said.

He thanked Mr. Kauhiona for the service he rendered to the Government and the country, in particular for his leadership in developing the capacity of the Climate Change Division from a very small establishment within the Ministry to where it is now today.

To the CCD staff he noted that when we lose a leader it is sometimes hard to maintain the momentum and keep things on track, but he encouraged them to find strength in what they have started together, the enormity of climate change challenges facing the Solomon Islands, and move on from there. He also assured them that the Ministry’s senior management will also be directly supporting the division in the absence of a substantive Director.

Meanwhile Deputy Director Climate Change Division Mr Thaddeus Siota also expressed his gratitude and that of the CCD staff to Mr Kauhiona for his advises, guidance and strong leadership while serving as the Deputy and as Director of the division over the years. He assured the outgoing director the team will build from his legacy and continue to do the work of the Division.

Also on that same occasion, the Ministry farewelled Ms Mary Alalo who has served under 2 different projects within the Ministry. Ms Alalo is leaving the Ministry to take up a new engagement with the Secretariat of the Pacific Community. The Ministry of Environment Climate Change, Disaster Management and Meteorology wishes both Mr. Kauhiona and Ms. Alalo well in their new undertakings.