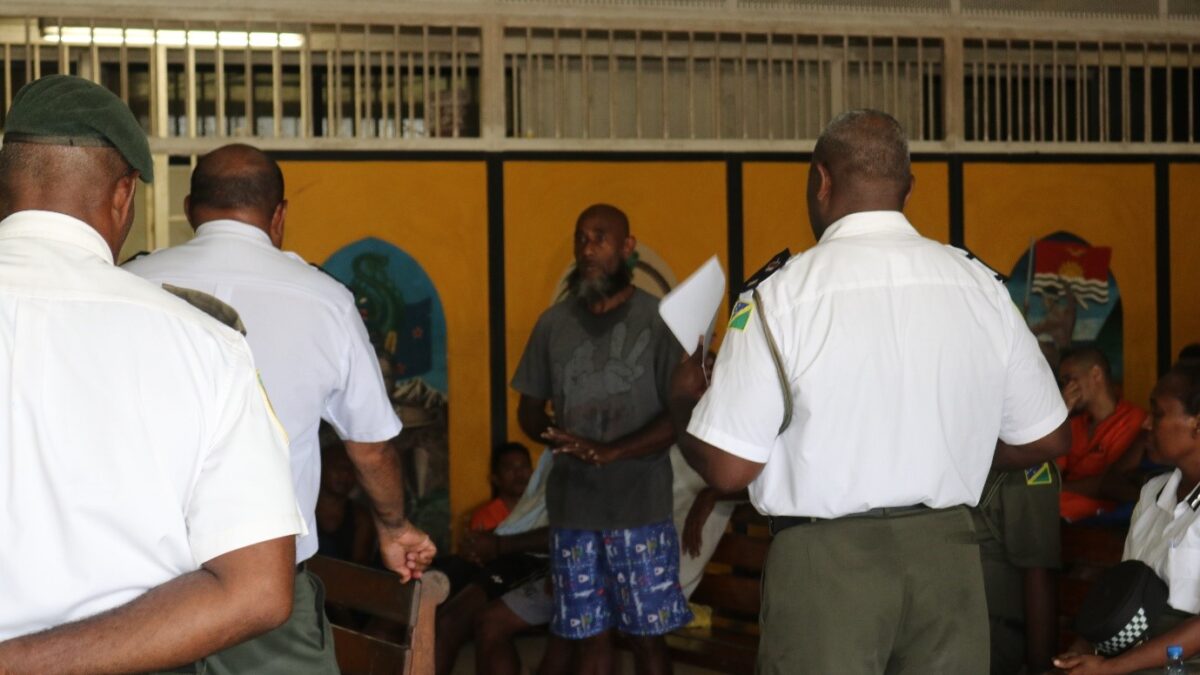 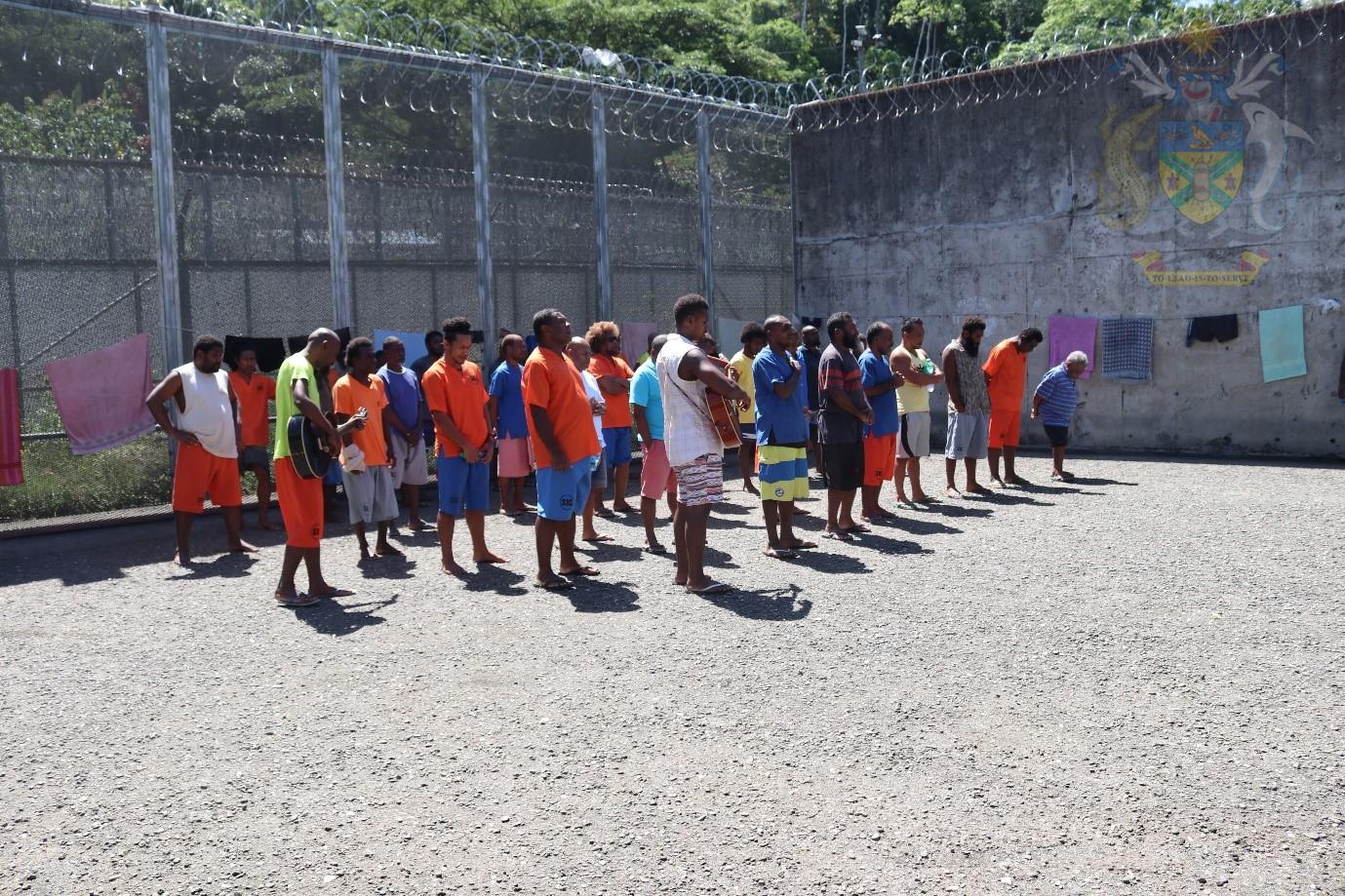 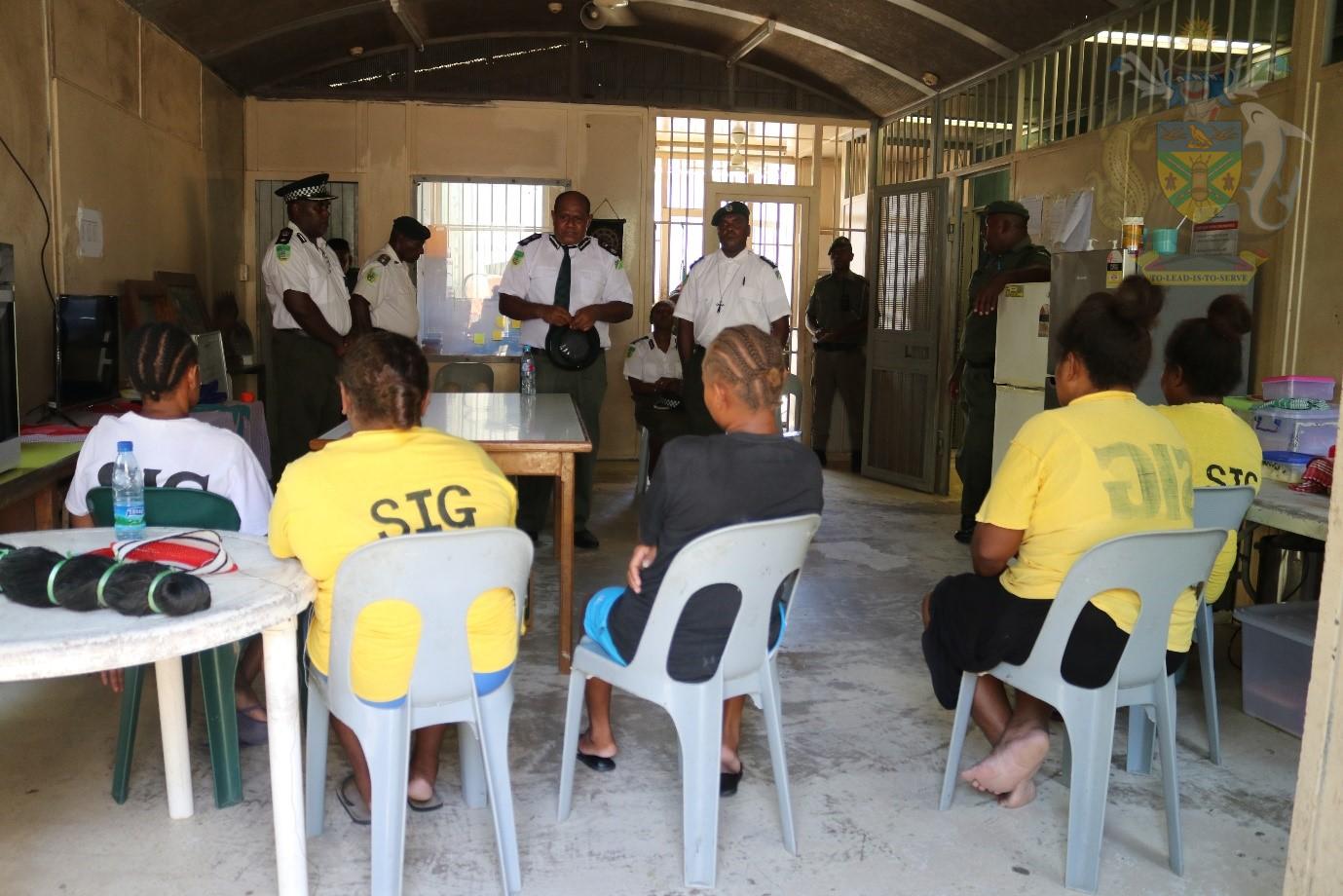 The farewell visit was purposely to inform correctional inmates at RCCC about his departure as the Commissioner of CSSI by the end of this month.

In his farewell remarks, Gabriel Manelusi posed a question for inmates to think about, “as humans. who fully obey the ten (10) commandments?”

The inmate representative from Block five within RCCC said that it was a very hard day for him to say farewell to someone like Gabriel Manelusi.

“Today is a very day for me because we have to say farewell to someone who in my mind, is the way a leader should be like,” said the inmate.

Inmate used the example of Gabriel Manelusi as the kind of person one would trust in any given situation because of the honour and loyalty he has.

“I wish you and your family well in your future endeavour, and on behalf of the inmates we thank you and especially your family for the years you have all endured with us to ensure the standards are kept at CSSI”

The outgoing Commissioner wishes inmates every success in their behavioural rehabilitation and social reintegration in their communities.