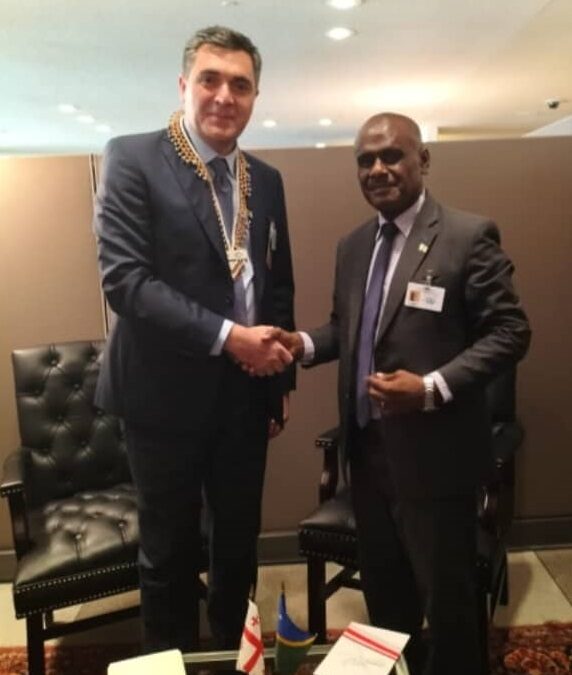 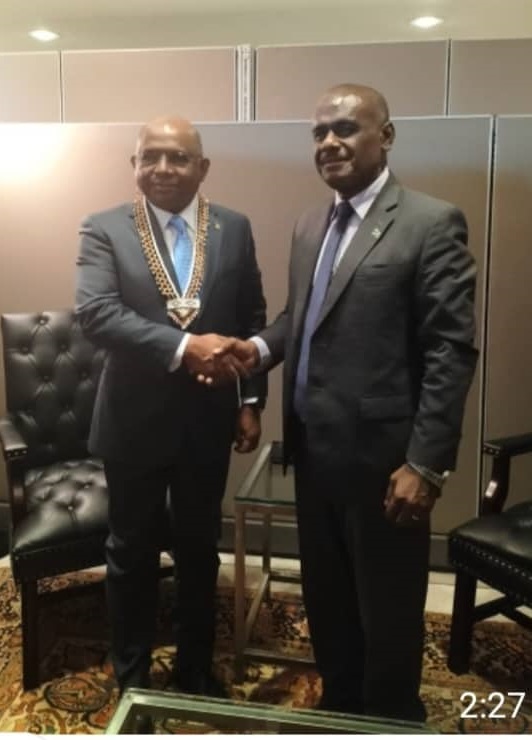 Manele and Abdullah Shahid of Maldives

Minister of Foreign Affairs & External Trade, Hon. Jeremiah Manele has met with his counterparts from Maldives and Georgia at the margins of the 77th United Nations General Assembly in New York.

Both Ministers acknowledged the many challenges that confront small Islands developing states such as climate change and natural disaster response which require collective action. Both countries are committed to work together to address these through multilateral partnerships.

Foreign Minister Manele, used the opportunity to acknowledge and thank Hon. Shahid on behalf of the Government of Solomon Islands, for his leadership during his tenure as President of the 76th United General Assembly.

Meanwhile, discussions with the Foreign Minister of Georgia centered on ongoing bilateral relations between the Solomon Islands and Georgia and the scope to further expand cooperation in areas of common interest.

Solomon Islands has benefitted from scholarships and trainings and computers that were donated to Schools and support to Government ministries.

The two Foreign Ministers also discussed a number of global issues, and reinforced the UN values and principles, remain a cornerstone of the multilateral system.