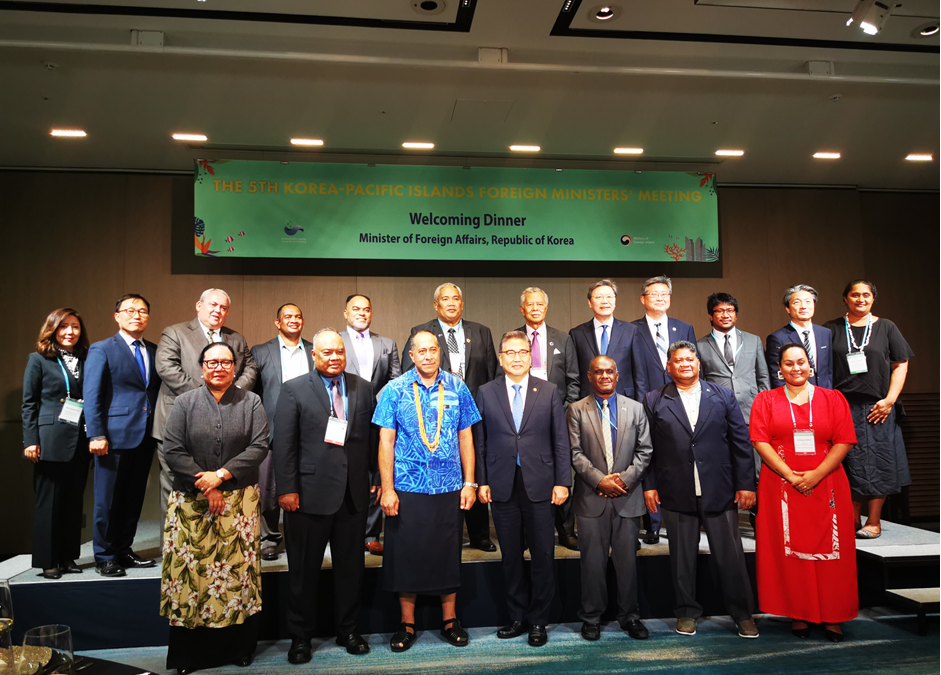 The meeting brings together Foreign Ministers and Officials from Pacific Island countries and the Republic of Korea as a Post- Forum Dialogue partner to discuss regional issues of concern. Issues to be discussed include regional priorities and development cooperation, climate change disaster and environment, ocean, maritime affairs and fisheries, regional situations and global challenges, and people to people exchange. A joint statement will be issued after the meeting to reflect the areas of cooperation between Pacific Island countries and Republic of Korea.

As part of the programme, the Pacific Island Foreign Ministers and Officials will pay a courtesy call on the President of the Republic of Korea, HE Yoon Suk Yeol in Seoul and also the President of KOICA, Sohn Hyuk-Sang.

Foreign Minister Manele is accompanied by Mr Cornelius Walegerea, Deputy Secretary of the Ministry of Foreign Affairs and External Trade. Both will return this weekend after attending the meeting.