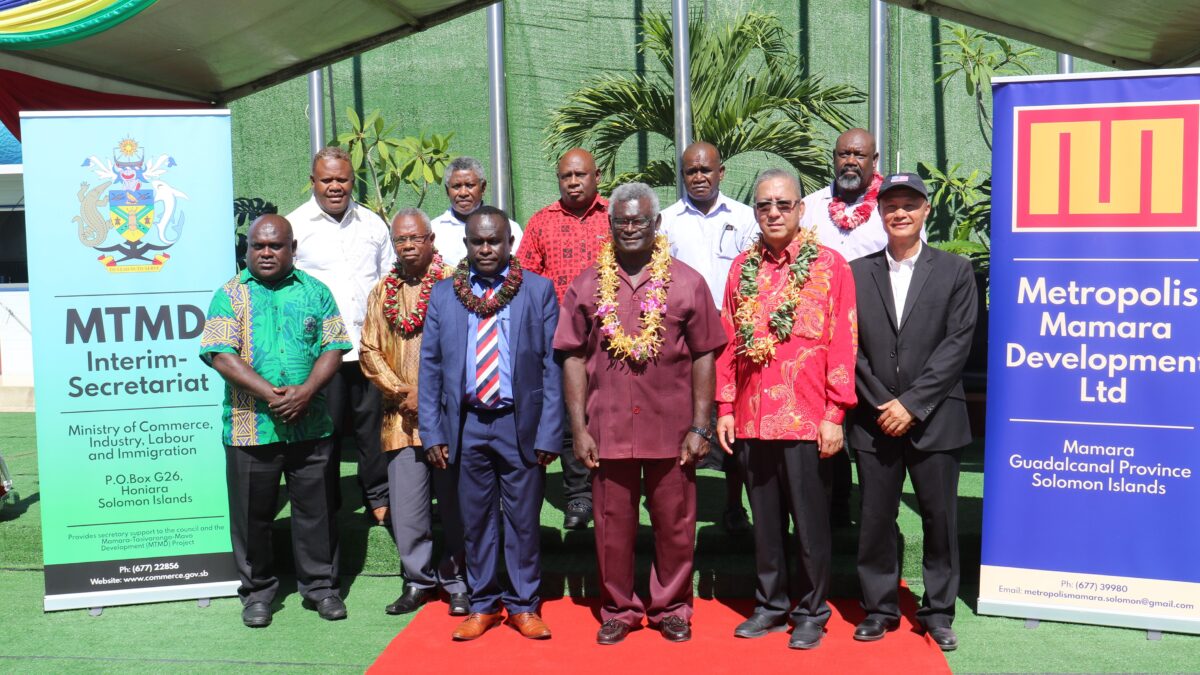 PM Sogavare, his ministers and other dignitaries pose for a group photo

THE ground-breaking ceremony of the Mamara Township Development Project is a historic milestone to be proud of.

Prime Minister Manasseh Sogavare stated this during the ground-breaking ceremony this morning.

“This is the moment we have been looking forward to for the last 25 years. It is the culmination of a journey strategically taken in the way projects of this magnitude is nurtured through a system that is fraught with challenges ranging from land issues, to development concepts and varying interests,” he said.

Prime Minister Sogavare said the patience, consistency, commitment, and understanding by all stakeholders, including the government, the developers, and the original landowning group of this land to see Mamara-Tasivarongo-Mavo Development concept realized, must be acknowledged.

“We were resolute in our commitment. We arrived bruised and battered but stronger and wiser in the way we handle contentious issues in our cultural setting. The history of land alienation in this country has its advantages and disadvantages, which we must learn to live with,” he said.

This is the moment we have been looking forward to for the last 25 years. It is the culmination of a journey strategically taken in the way projects of this magnitude is nurtured through a system that is fraught with challenges ranging from land issues, to development concepts and varying interests

The Prime Minister in the true spirit of respect and with humility also acknowledged the traditional landowners of the lands upon which the project is established.

“We cannot be here today without the support, sacrifice and commitment of our traditional landowners. Our custom, tradition and culture must always be respected and given due consideration when we embark on such game changing development,” he said. 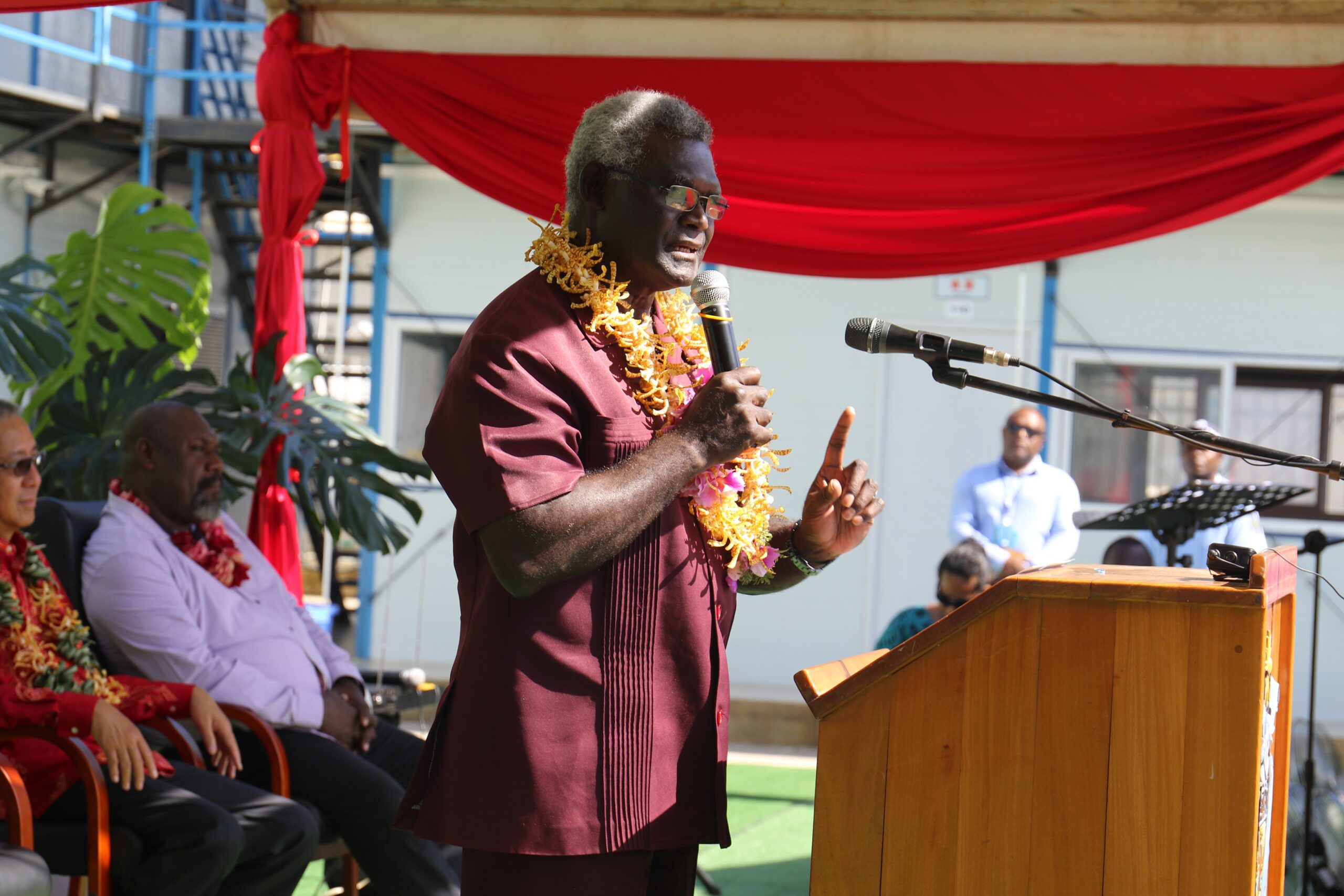 PM Sogavare delivering his speech at the ceremony

Prime Minister Sogavare said it is the individual and collective duty as national, provincial, church and tribal leaders to see that any development that occurs must not leave our people behind.

He said citizens of this country could no longer be mere bystanders in such large projects.

“We cannot drive this country forward if our people and resource owners are not an integral part of these developments,” he said. 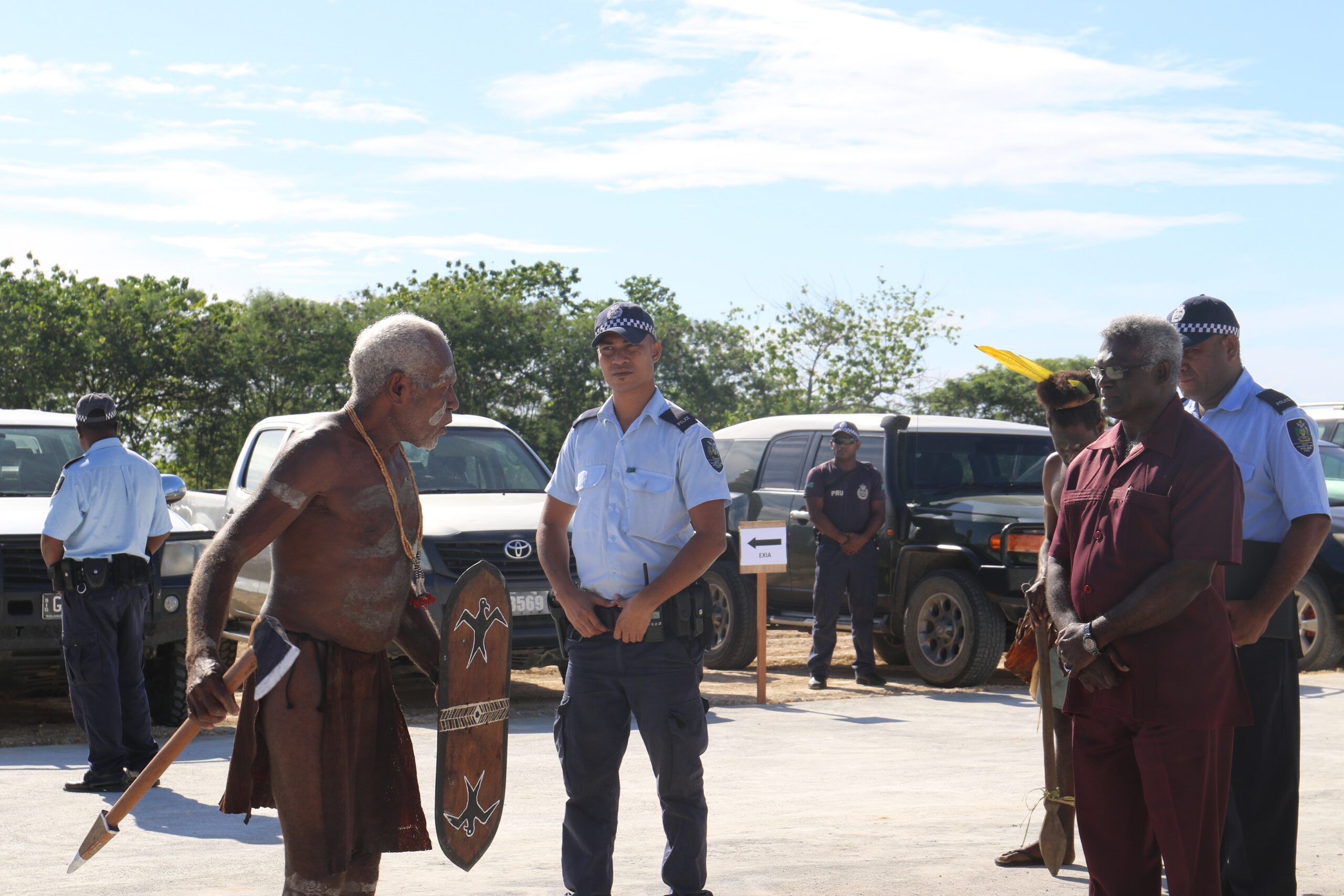 PM welcomed upon arrival by a traditional warrior

He said the project shows the genuineness and commitment of the Tandai House of Chiefs and this is an achievement that they ought to be proud of.

The Prime Minister also paid tribute to the premier, his executive and the people of Guadalcanal province as a whole.

He said the Government and people of this country are forever indebted to the people of Guadalcanal for hosting the capital city, Nahoniara commonly known as Honiara.

“Today marks the launching of a township situated here in Guadalcanal which may very well turn into a second city in the future,” he said.

Prime Minister Sogavare said the true test of our conviction is the physical manifestation of this development rhetoric.

“Today is indeed a historic day because we can all see for ourselves that development is not just empty rhetoric, it is in fact taking shape right before us,” he said.