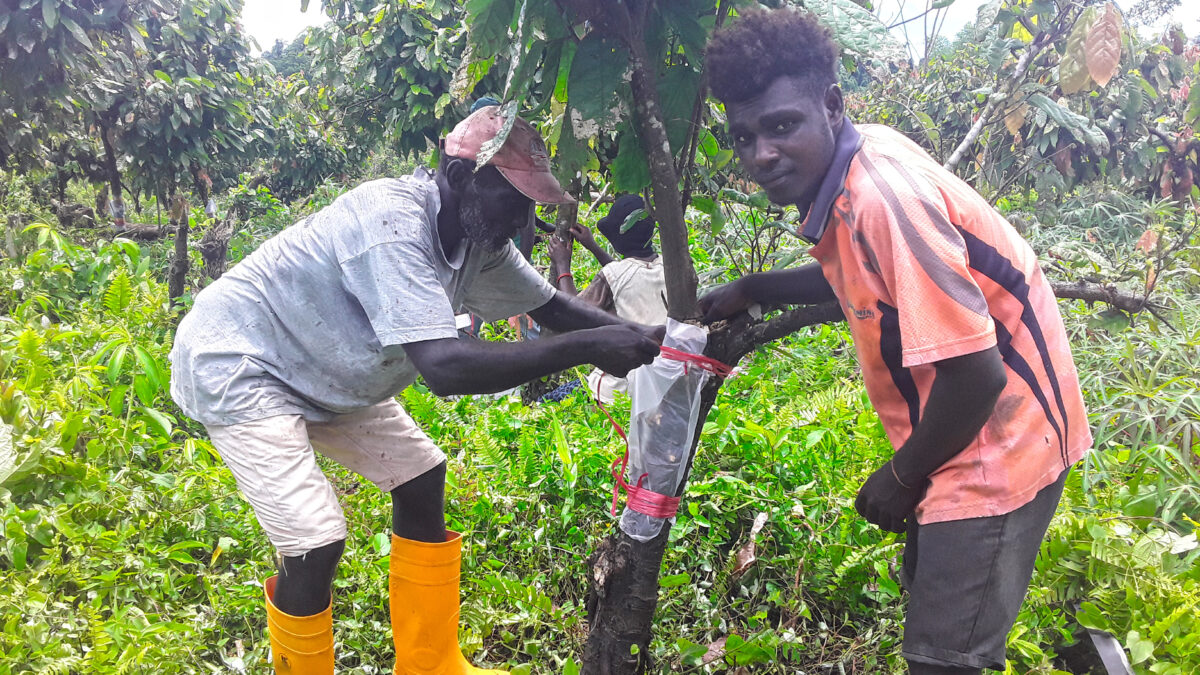 Trainings on cocoa grafting was conducted for Chale and Uzamba Participatory Action Research (PAR) farmers in the Western Province.

The Ministry of Agriculture and Livestock (MAL) through its Research Department conducted the field trainings recently at Chale farm in Marovo and at Uzamba farm in Vella La Vella Island.

Research Officer, Raymond Vava said the trainings are critical to ensure farmers get the necessary knowledge on cocoa grafting to increase production.

“PAR farmers in both sites visited were trained on how to do top grafting on young cocoa seedlings and chupons as well as side grafting on mature cocoa trees. The grafting training was conducted inside the cocoa plantation and performed on chupons and some seedlings that were prepared for the training. For most of the PAR farmers it was their first time to actually learn how to do grafting. During the training each farmer take turns to do side grafting on seedlings and mature trees. Benefits of grafting good genetic materials to increase on farm production was also explained to farmers during the training so that they understood the importance of grafting,” Mr. Vava said.

He said from the training it is anticipated that farmers would apply the acquired grafting skills and quickly adapt and spread the good planting materials within the farm to increase production per tree. 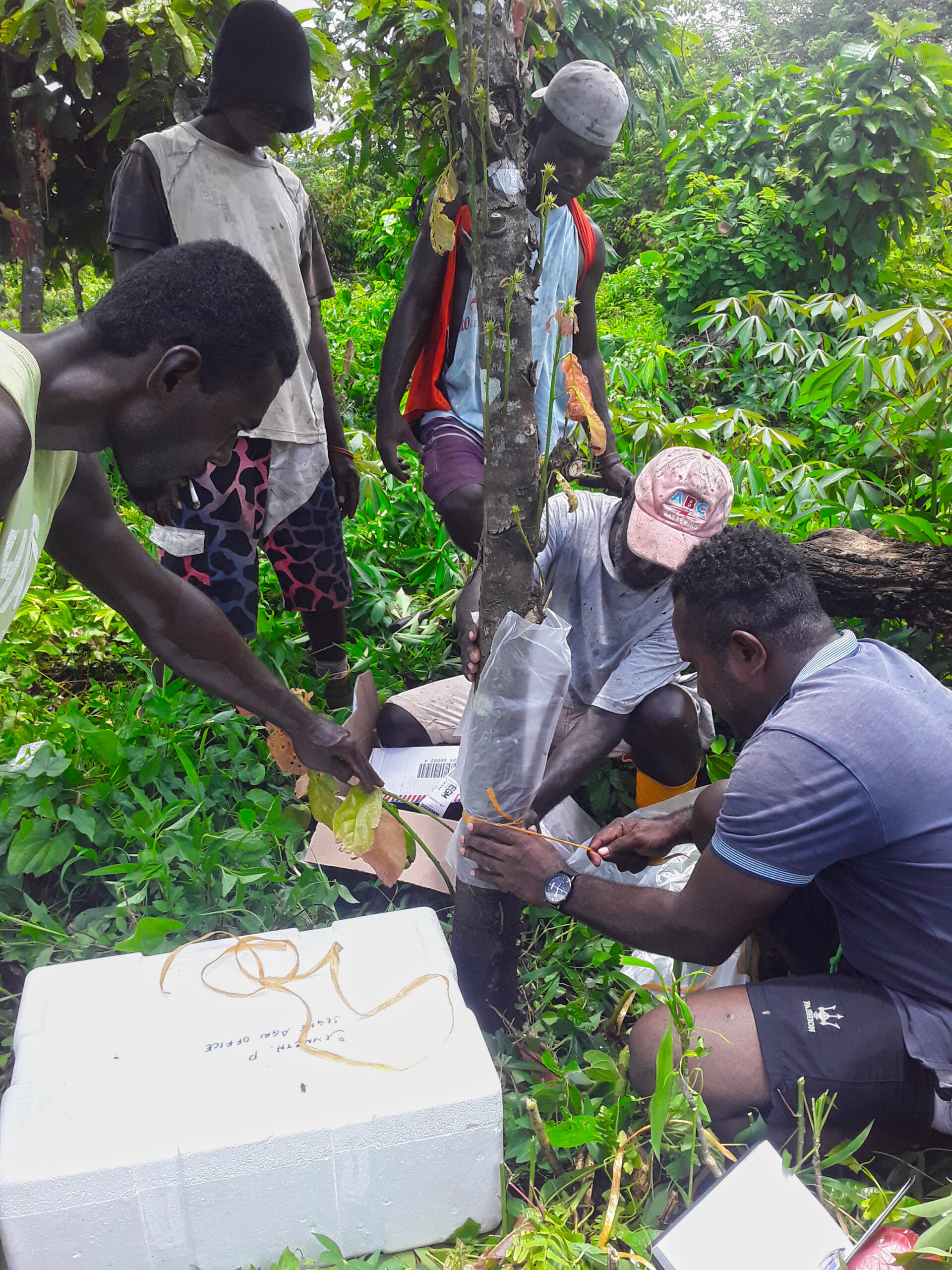 MAL Research Officer Raymond Vava (right) demonstrating to Chale PAR farmers how to do side grafting on mature cocoa trees.

“A total of four new lots of potential hybrid clones were grafted at Chale farm during the on-farm testing of some potential imported cocoa genetic materials on the PAR farms visited. Some of the clones were side grafted onto mature trees while some were top grafted on seedlings,”Mr. Vava explained.

A new cocoa nursery for research related activities was also established by MAL at Mile six research station at Gizo during the trip. The nursery was purposely build to raise rootstocks for grafting of potential materials to establish a small cocoa observation plot which can also act as a source of budwoods for nearby cocoa farmers. Around 400 polybags were filled with soil and were sown with cocoa seeds for raising of rootstocks.

“Therefore, MAL through its Research Department undertook the Participatory Action Research (PAR) approach and involve interested farmers in conducting research trials in their farms. Cocoa is one of the first commercial crop that Research Department has taken the PAR approach to conduct research to identify the best performing varieties in the farmers’ field,” Mrs. Tsatsia said.

Grafting has a lot of significance but in simple terms it means to join two living trees from the same family into one by tying a shoot or a bud with a standing tree. It has so many benefits and one particular gain is it improve yield performance of a tree and retain the desirable genetic characteristics of a mother tree. 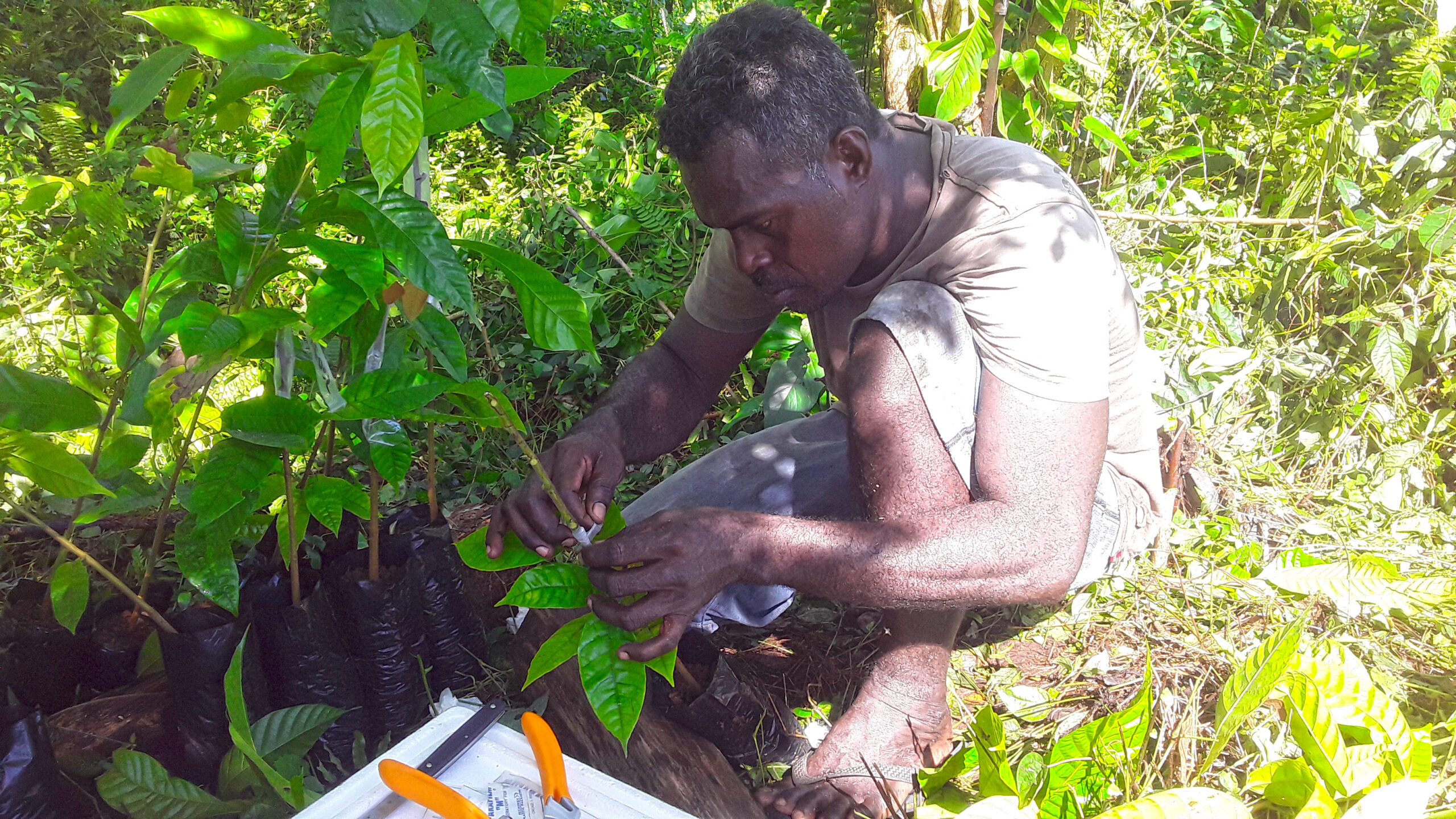 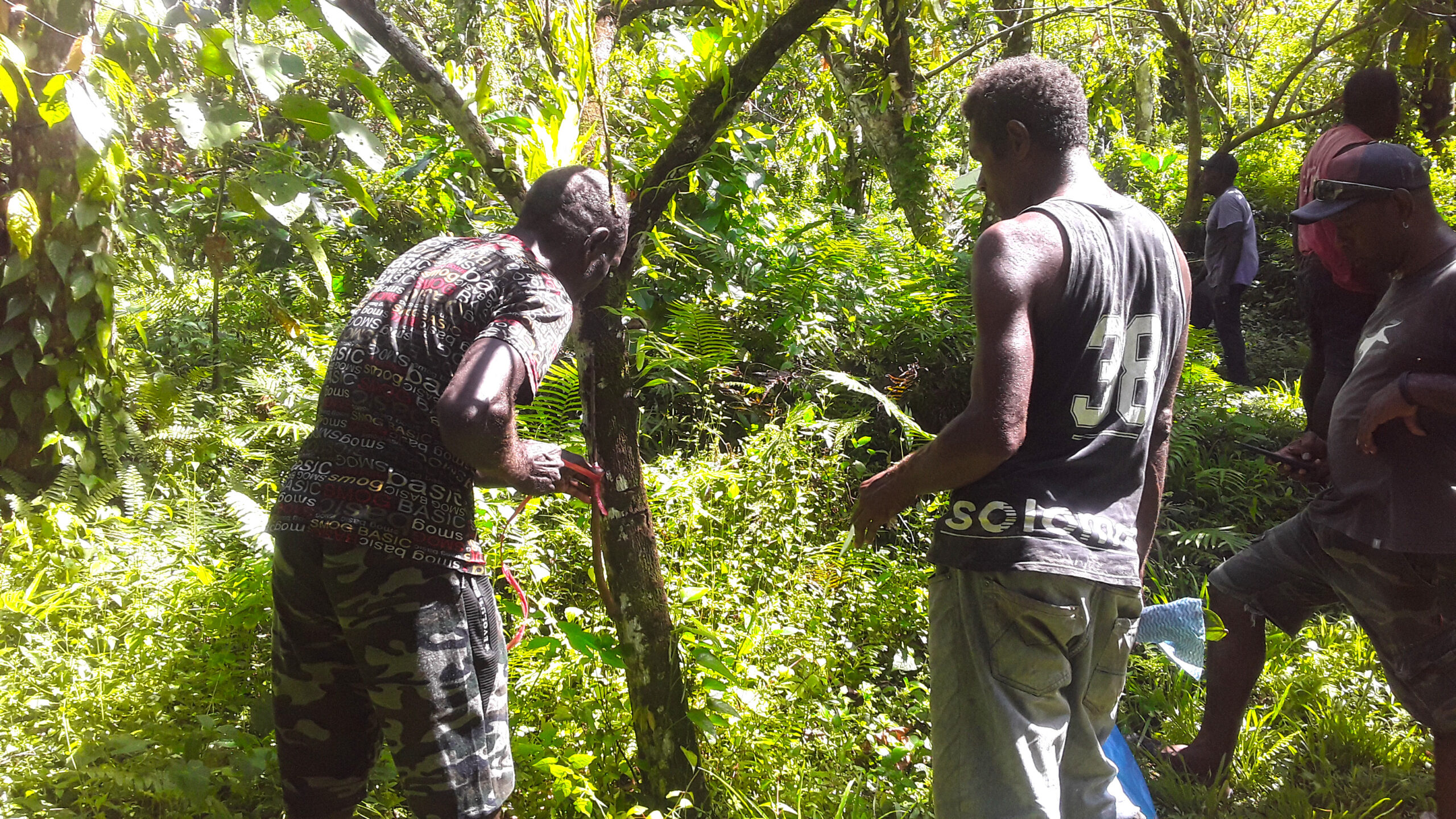