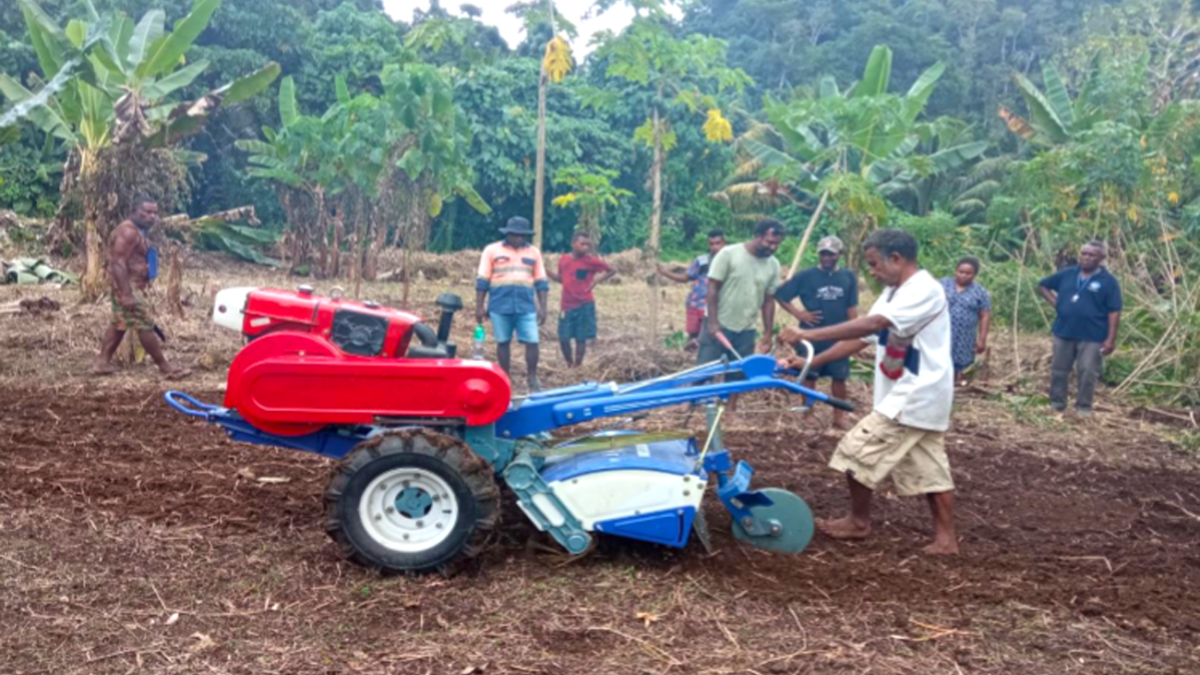 Field demonstration after the official handing over of the machines at Maepua Model farm site.

The Ministry of Agriculture and Livestock (MAL) through its Makira-Ulawa Province Extension office has boosted Maepua model farm in Central Makira with the delivery of new agricultural machines.

MAL based Makira-Ulawa extension officers officially handed over the inputs worth around $33,000.00 to Maepua Model farm through Banabas Tolei and a farmer group consist of over 32 registered food crops farmers from Kaonasughu to Hao, West Bauro in central Makira constituency, recently.

The inputs included a power tiller machine or a walking tractor, a Power Base Garden Tiller along with their gears.

Principal Field Officer for Makira-Ulawa Province, Petra Urahora said the machines will help the farmers improve labour efficiency and their farming system and practices in order to help enhancing their food security and livelihood in combating Non-Communicable Diseases (NCDs) and also be able to have surplus food crops for small income for farming families.

“The program is designed to promote and support safe, sufficient and nutritious food for families and everyone in order to help combat the increasing rate of Non-Communicable Disease (NDC) in Makira province and the country as whole,” Mrs. Urahora added.

She said that other farming issues to be addressed under the project to ensure sustainable production of nutritious food readily available in target communities include: 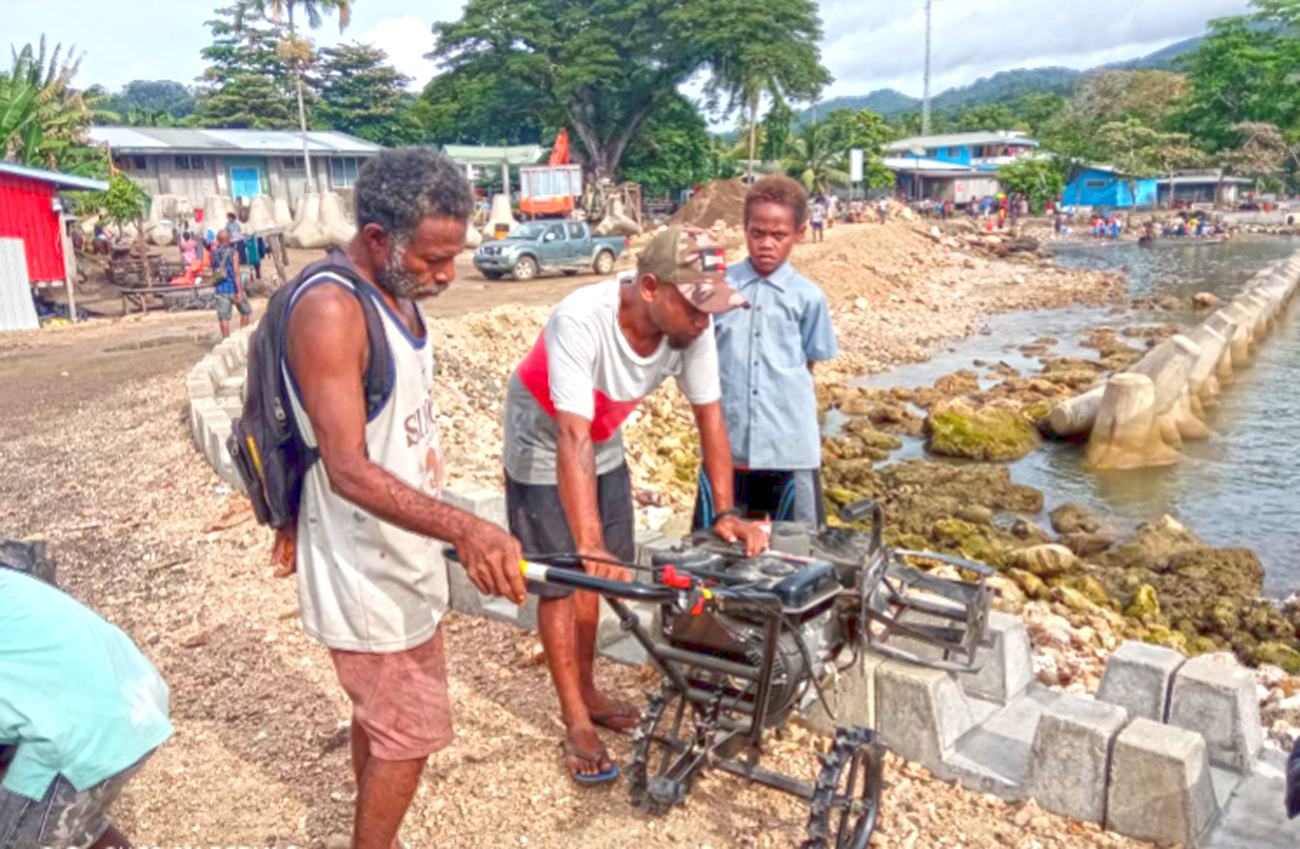 A Power Base Garden Tiller that was also delivered to Maepua model farm.

“The project will benefit 15 communities and two National Secondary schools which include Waimapuru NSS and Saint Stephen Pamua NSS as the the Maepua model farm catchment area covers Kaonasughu to HAO.

“Currently a total of 32 farmers have registered with Maepua food security model farm and the number of members will increase in the near future to 40 or 50 farmers (members). Maepua model farm has a management committee to coordinate farm trainings for its members, work activities on farm/and members farm plots and support with movement of the farm machineries to support other members at their communities or schools,”Mrs. Urahora said.

Recipients of the project conveyed their gratitude to MAL and UNDP for their collaboration and great support and especially for the timely assistance during this time of Covid-19.

The programme was part of the Ministry of Agriculture and Livestock (MAL) National Food security and Enhancement program under its Model Farm project aimed at Promoting and assisting vulnerable communities to improve Food and Nutritional status to ensure every households have access to nutritious food to promote healthy and happy family and to reduce increased cases of Nutrition Disorders in Solomon Islands.

Under the programme, MAL together with UNDP and its stakeholders will deliver the following activities;

The Model Farm Projects is being implemented in six provinces which include; Makira, Isabel, Central Islands, Choiseul, Western and Guadalcanal province.

The machines was procured by the UNDP Solomon Islands Markets for Change (M4C) Project with funds from the UN COVID-19 Response and Recovery Multi-Partner Trust Fund with approval from the Ministry of Agriculture and Livestock.